The Pursuit Of Points Part Two: More Photos From OPTIMA’s Search For The Ultimate Street Car At Utah Motorsports Campus 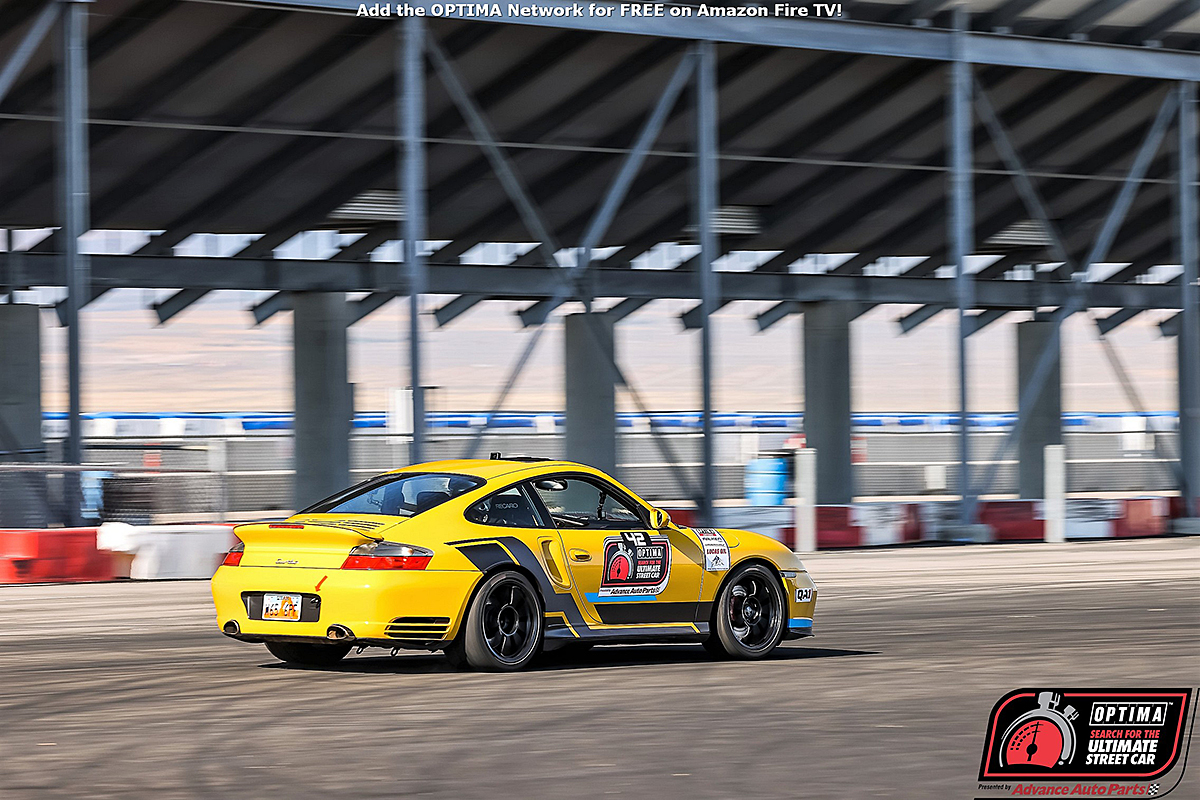 (Words by Jim McIlvaine) We’ve got more great photos, results, and points from the DriveOPTIMA event at Utah Motorsports Campus below, and if you missed the first gallery yesterday then please click the link below to check them out.

CLICK HERE IF YOU MISSED THE FIRST GALLERY OF PHOTOS

We’re now five events into the 2021 season of OPTIMA’s Search for the Ultimate Street Car series, presented by Advance Auto Parts. More than 40 cars have already been invited to the 2021 SEMA Show and OPTIMA Ultimate Street Car Invitational and the opportunities to grab remaining invitations shrink with each passing event. The series will now move on to Road America before wrapping up the regular season at NCM Motorsports Park, offering the last two shots at getting into the big show before the series heads back to Las Vegas for the finale.

This fifth event at Utah Motorsports Campus marked the final stop that could be considered even remotely “West coast,” so anyone looking to grab one of the remaining qualifying spots from West of the Rocky Mountains will either need to pack up for a long haul back East or hope they’ve accumulated enough points to earn an invitation at the end of the season.

In addition to each class receiving an invitation at each qualifying event, the series also extends invitations to the top-three non-qualifiers from each class at the conclusion of the regular season and then ten additional invitations, based on points and regardless of class. That allows the series to reward top competitors, who for a variety of reasons were unable to grab an invitation otherwise at a qualifying event, as well as rewarding the more competitive classes in the series, that may have been under-represented otherwise.

Before we get too deep in the weeds on who might grab these final invitations, we’ll share the winners from Utah Motorsports Campus with you and invite you to check out the massive photo gallery below.

In an effort to predict who might make the cut in the final two events of the season, we’ll go through each of the classes in this series, starting with the Classic Car Liquidators GTV Class. The following projections are ONLY ESTIMATES and we mention that in caps, because every time we run one of these stories, someone skims past that important sentence and pitches a fit that the information is wrong or from a previous season. These predictions could end up wrong, but they are definitely about the 2021 season.

In the GTV Class, we predict the Camaros of Jason Bottenfield and Jim Stehlin will pick up the final two class entries of the season at events. That’s a big “IF,” because Danny King, Randy Johnson and Larry Woo could all show up with very potent Camaros and grab one of those invitations at either event. If that doesn’t happen and Stehlin & Bottenfield capture the invitations, we’d predict Wayne Atkins, Charles Davis and Ryan Breezee would capture the three class invitations, with Breezee’s actual point total of 1,241 points being the cut-off for those class invitations (the two ahead of him are based on estimates of how they’ll finish out the season).

The newly-formed No-Limit Engineering GTT may offer the easiest path to Las Vegas, as relatively-few entries mean more opportunities in a series where at least ten entries from each class will earn an invitation. There are also several unknowns, as Tyler Gibson’s IH Scout is about 50/50 on running at Road America as of this writing and Jesse Vaughn and Robb MacGregor’s C10s could run either or both events.

Operating on the assumption that one of those three will take the Road America invitation and Matthew Mielczarek’s C10 takes the invitation at NCM Motorsports Park, that would offer class invitations to Geoge Dias’ Lightning, David Hollis’ C10 and Williams McDonald’s Silverado, with the cut-off for points being just 602 for McDonald at this point in time.

Clay Shearer’s potent Porsche is the wildcard for the GTS Class, as it is currently signed up to run in the final two events and would likely grab an invitation at one of them, based on it’s past history of doing so. If Shearer only runs at NCM, we expect Richard Forsythe’s Corvette to take the invitation at Road America. That would leave Tim Grant’s Corvette (if he can get parts in time), Thomas Marquez’s Impreza and Gunnison Jones’ Corvette as the recipients of class invitations, which Jones at the bump spot with an estimate 1,269 points following his upcoming run at Road America.

Chad Sage’s Porsche is our predicted winner in the Holley EFI GTL Class at Road America, with Paul Curley expected to take the win in Kentucky. That scenario would result in Gregg Matthews’ Corvette, Troy delaHoussaye’s TT-RS and Cary Hegna’s Corvette receiving the class invitations.

The GTC Class looks to be a dogfight to the championship in the final two rounds, with some pretty stout competitors in John Laughlin’s S2000 and James Garfield’s Civic Type-R expected to earn class invitations to Las Vegas. If that scenario plays out, then the three class invitations could fall to Dayton delaHoussaye’s MX-5, Thomas Litton’s Miata and Steve Wong’s Civic, with 915 points for the third and final GTC Class invite.

Finally, we’ll take a look at the largest and most-competitive class in the series, the GT Class for late-model musclecars. We expect Robert Weathers’ Camaro and Luke Vigneault’s Challenger to pick up the invitations at the final two events. If that happens, we could see the GT Class invitations going to Matt Ramirez’s Mustang, Clayton Yates’ Camaro and Matt Ales’ M3, which has already posted 1,255 points on the season.

Now that we’ve run through the projected final class invitations, who is projected to grab the final ten at-large invitations? Read on, but keep in mind, most of these cars still have a lot of work to do, to gather up these projected point totals. The first five at-large entries would go to:

The last five projected OUSCI at-large entries would go to:

In past seasons, the points cut-off for entry was closer to 1,000 points, so why is it looking significantly higher in 2021? Two events in particular, Willow Springs and NOLA Motorsports Park, both offered more points than many competitors have typically seen in past years. The final three events of the regular season were all sold-out and packed with very high-caliber vehicles, so it’s quite possible these projected point totals could shrink back closer to that 1,000-point cut-off we’ve seen in past years, but the same names would likely be in the mix, provided they all run and perform as expected. There are also two Summit Racing Spirit of the Event invitations to be handed out, which could move everyone up one or two spots, depending on who receives those invitations. With that in mind, let’s take a look at the projected first five out:

We’ll also include the next five after this group, just in case folks in that group or beyond were wondering how close they might be to getting an invitation and deciding whether changes to their upcoming schedules were warranted:

2 thoughts on “The Pursuit Of Points Part Two: More Photos From OPTIMA’s Search For The Ultimate Street Car At Utah Motorsports Campus”