The Velocity Camaro Is Up For Auction TODAY At Barrett-Jackson!

Jun 29, 2019Chad ReynoldsApex Online Find, Apex SpotlightComments Off on The Velocity Camaro Is Up For Auction TODAY At Barrett-Jackson! 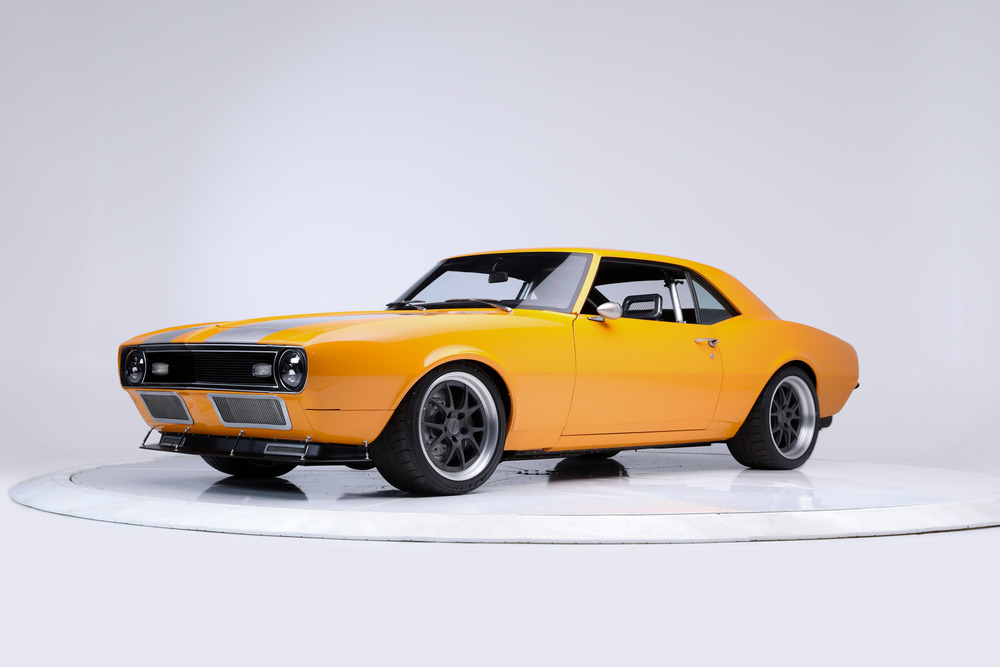 When Bret Voelkel and the crew at Ridetech built Velocity in 2008 it set a new bar for fit and finish on a pro touring machine, and it can be yours! It is for sale TODAY at Barrett-Jackson. With custom touches, body mods, retina searing orange paint, and trademark bare metal stripes, this car turned heads everywhere it went and turned corners even more! It was raced all over the place, and became a fixture in the pro touring community. When it went up for sale a few years later, Keith Corrigan bought it and cruised it around to shows around the country. But when he decided he was going to use it as God intended, he went all in and Velocity started its racing career right back up again. 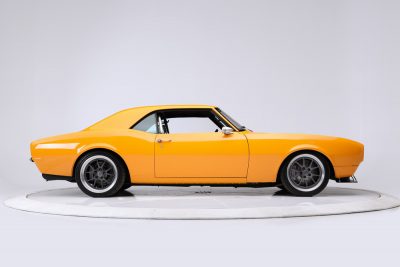 Throughout the last few years Keith has been racing the car heavily, making more changes to the suspension and drivetrain, and ultimately making it the best version of itself. And make no mistake, that also means it has been kept in impeccable condition so that it will look as good at a show as it does on the track. There is nothing on this car that isn’t top notch, and the list of parts reads like a who’s who of high performance.

Here is the information in the Barrett-Jackson listing.

Finished in 2008, this 1968 Camaro is powered by a 630hp 6.2-liter LSX engine backed by a Tremec T-56 Magnum 6-speed manual transmission and a full floating, torque-arm 9″ Ford rear end. It started life as a completely rust- and damage-free California car and, in 4,000 man-hours, was transformed into this Pro-Touring coupe by the craftsmen at RideTech in Jasper, IN. It is one of few cars that have been built with real bare metal stripes. The stripes are not a paint treatment; they are the real metal of the car under the clear. The Pro-Touring suspension has been fully updated by No-Limit Engineering, featuring the triple-adjustable race Series RideTech shocks, No-Limit Sniper front IFS and torque arm rear suspension. The 6-piston Baer brakes, 18″ Forgeline wheels and Falken tires make this Camaro turn and stop beautifully, as proven at several races around the country over the past 11 years. The interior features custom leather Cerullo seats, hand-formed dash and console panels, RacePack instrumentation, Vintage Air, Kicker stereo with satellite radio and RideTech’s very first prototype stainless TigerCage bolt-in roll cage system wearing serial #01001. This Camaro was built to develop and showcase the RideTech and No-Limit suspension products, and has done so for the last 11 years. It has been driven and raced all over the country in numerous autocross and road course events, including the Optima Ultimate Street Car Challenge against the very finest Pro-Touring type cars in the world. It has been featured in seven national racing and hot rodding magazines, appearing on the cover of four of those magazines. It has been featured in countless print advertisements, product videos and catalogs for not only RideTech, but other high-profile companies such as Vintage Air, Goodguys and VISA. It has been thoroughly tuned and refined. After five years of street and race success, the car was taken apart for a thorough freshening. 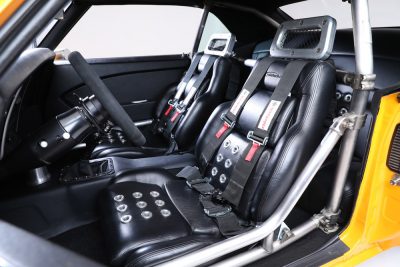 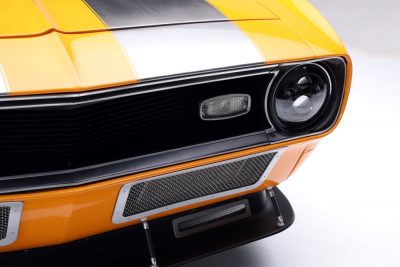 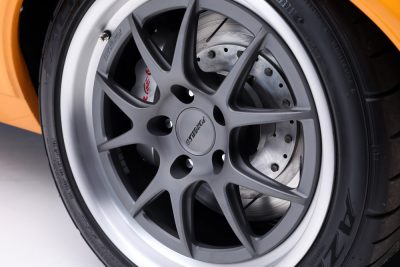 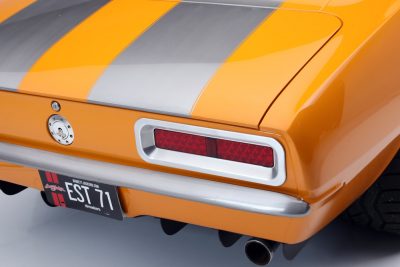 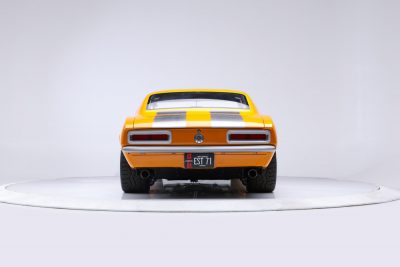 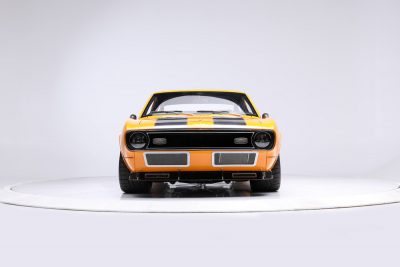 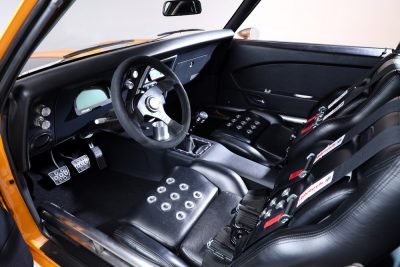 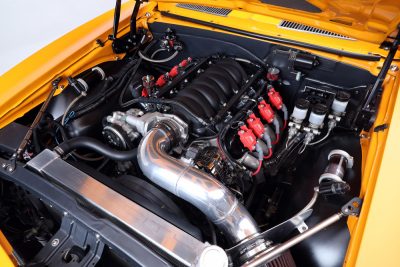 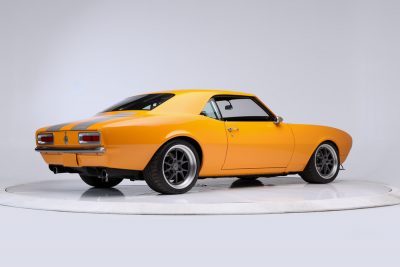 Unhinged: Ignoring The Show Crowds And Just Driving Something Cool Here's How To Fix A Cracked Dash And Make It Look Race Car Cool All At The Same Time