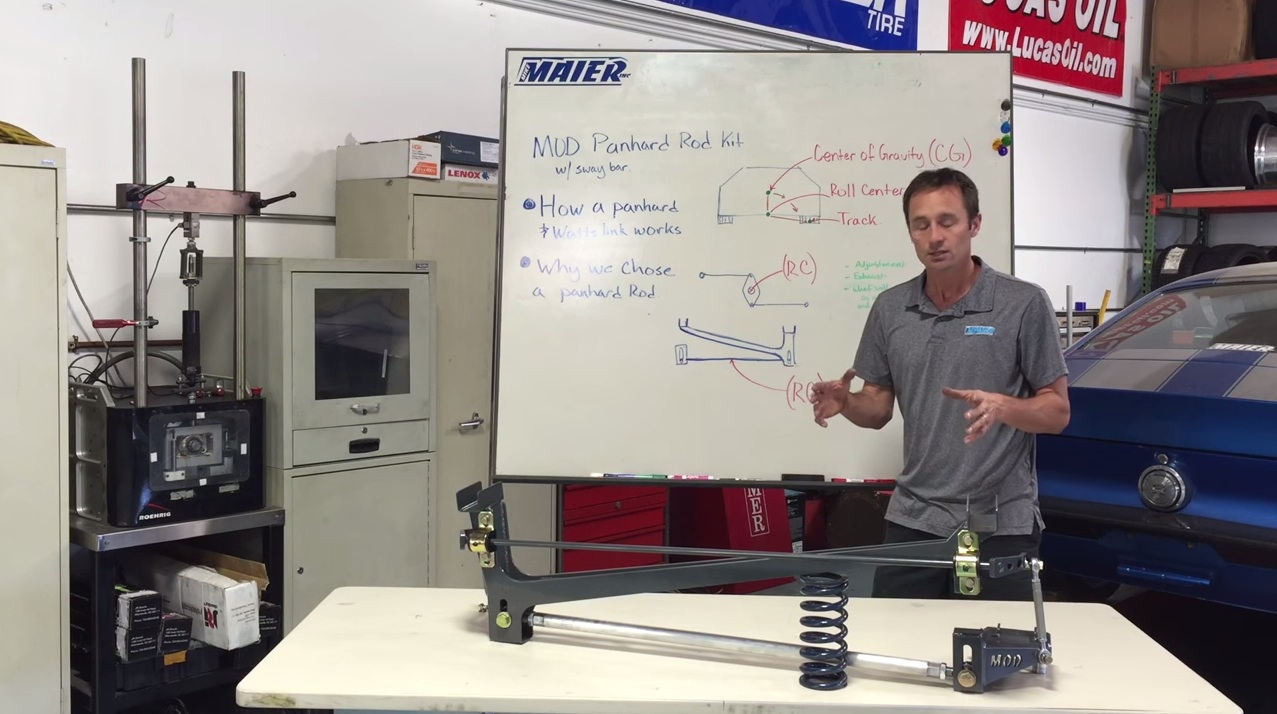 Mike Maier is a certifiable badd ass. Everyone in the Pro Touring world knows that, as do most of the people involved in SCCA Autocross. After all, he’s a hell of a driver and car builder, and with seven SCCA National Championships under his belt the results speak for themselves. Mike and his wife Brianne own Mike Maier Inc, and develop and build a lot of high end street and race car components that will help your Mustang or Pro-Touring machine handle. He helps out on a variety of well known cars, including all the Hobaugh Family Racing cars. They are Chevrolet’s, but that doesn’t stop Mike from getting his hands dirty on them. As a small business owner and family guy, Mike knows that spending your hard earned money on your street/race car isn’t always the first priority, so when you do spend that money you want to get the most for it. That’s why Mike is so passionate about teaching people. You see, an educated driver/car builder/enthusiast/customer is one that will make good decisions and not waste their money. That customer then gets to enjoy his/her car instead of listening to the better half gripe about how much they just spent on parts that are of no use anymore. It’s a horrible cycle we have all found ourselves in, but this video from Mike is aimed at teaching you the difference between a Watts Link and Panhard Bar and why Mike usually goes with the latter.

For more information on Mike Maier Inc, and any of the MOD products, CLICK HERE TO VISIT MIKEMAIERINC.COM

Watch This Blown Small Block Drag Tudor Spin Across The Track As A Classic Pickup Nearly T-Bones It! Question Of The Day: With A GM Chassis And Running Gear, How Would You Modify This 1987 Avanti?