ACED: AutoCross Every Day! Ride Along With Lance Hamilton In His Bitchin G-Body

Jun 19, 2015Chad ReynoldsApex Spotlight, Apex VideoComments Off on ACED: AutoCross Every Day! Ride Along With Lance Hamilton In His Bitchin G-Body 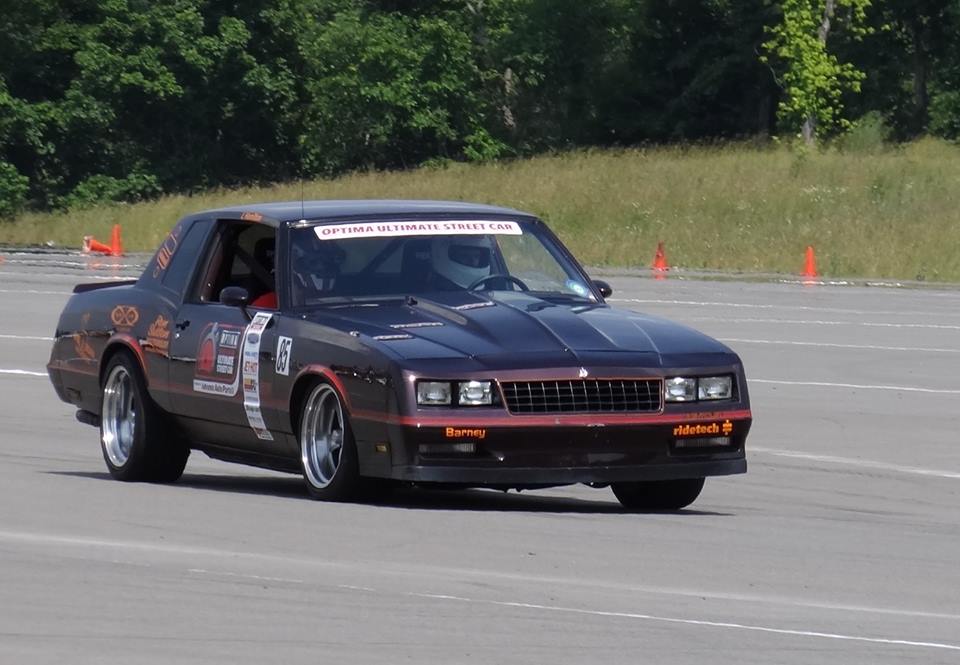 We chose Lance Hamilton’s in car video for today’s ACED: AutoCross Every Day video because Lance Hamilton is every man’s bad ass. His Monte Carlo will make Nutting, well nut himself, and the thing hauls ass with simple components that were chosen because they made sense to get the car to do what he wants. And while Lance didn’t build this thing for pennies, he’s certainly kept a smart budget in mind and we dig him, and the car, for it. This video is of him on the Wilwood Disc Brakes Speed Stop Challenge and Detroit Speed Autocross at the National Corvette Museum Motorsports Park during Optima’s Search for the Ultimate Street Car a couple weeks ago.

Instead of me telling you all about his car, I’m going to let Lance tell you himself.

“I’m not sure how much you know about my car, so I’ll give you the reader’s digest condensed version.  It started out as a stock build, but better, then the autocross bug bit and it’s evolved ever since.  Ridetech and Ron Sutton Race Technology have helped me tremendously in turning a grocery getter sport luxury car into a home built ride that wins SCCA CAM class events while retaining the full interior, AC and cup holders included.  It’s a small budget car, stock chassis, small brakes, small tires, small horsepower, but is big on balanced handling and the fantastic Ridetech shocks help make it work on course.  The 383 carb fed crate engine, T56, and 9″ all make it go while the stock front brakes and Ford Explorer rear discs with EBC Yellow Pads make it whoa.”

What we love about this car is the fact that Lance has had the control to use his money where he’s going to get the most out of it. And even while sticking to a budget he’s built a really good looking, excellent performing piece that anyone would be proud to have taking up space in the garage. Good job dude!

Check out the video below. It looks like a riot.