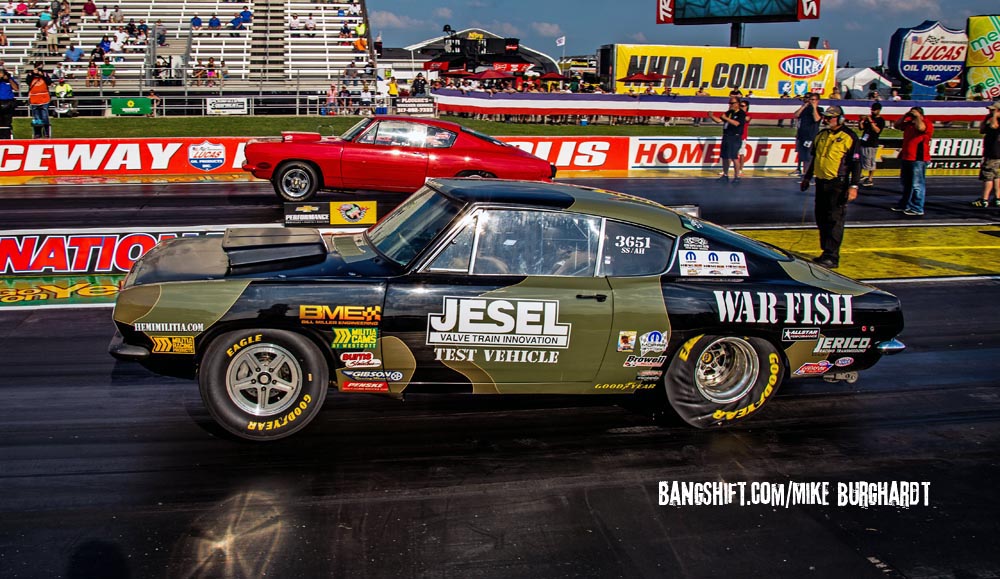 Photos by Jeff and Mike Burghardt

For the 15th consecutive season, Mopar will underscore its commitment to Sportsman racing competition within the NHRA with the presentation of the Mopar HEMI® Challenge. The annual vintage racing event will be staged during the prestigious Chevrolet Performance U.S. Nationals in Indianapolis, Ind.; this year’s shootout will take place September 3-4 at Lucas Oil Raceway at Indianapolis. 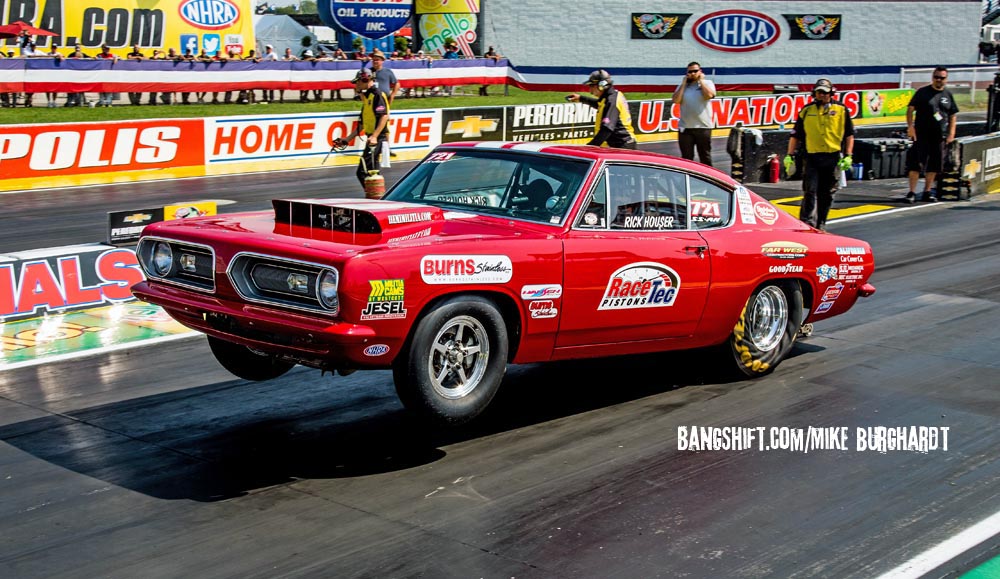 The inaugural HEMI Challenge made its debut in 2001 on the quarter-mile track at the Chevrolet Performance U.S. Nationals and showcases 1968 HEMI-powered Dodge Darts and Plymouth Barracudas, the classic muscle cars that contributed to the Mopar brand’s legendary reputation and success at the drag strip. 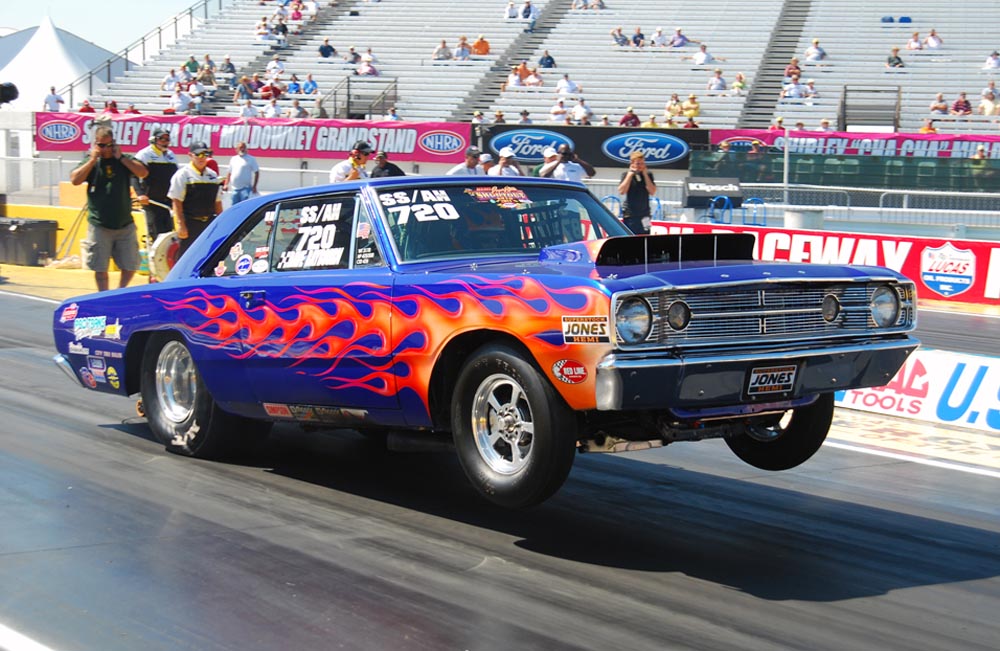 This year’s edition celebrates the 15th anniversary of the heads-up shootout that shows off the coveted vintage vehicles and provides a $15,000 winner’s prize, a unique HEMI Challenge trophy, and a custom Mopar HEMI Challenge winner’s jacket. Cash prizes will once again be awarded to the top-16 qualified cars that advance to the elimination rounds on Friday, September 4. 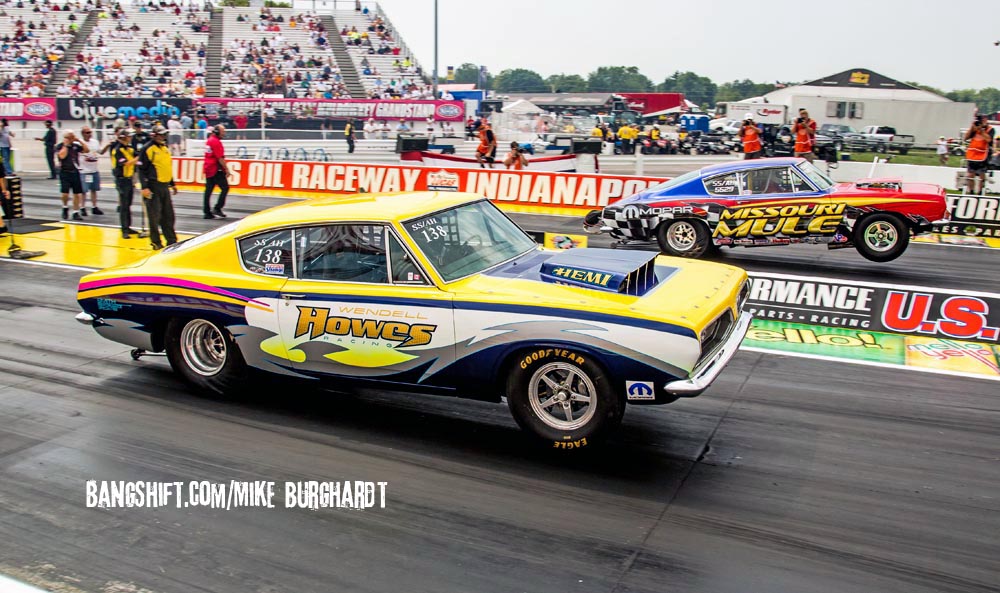 Every participant in the Mopar-powered Super Stock/Automatic-HEMI (SS/AH) class participating in the HEMI Challenge will receive a 15th anniversary event hat, replica license plate, commemorative poster, and participant decals to display on their vehicle. 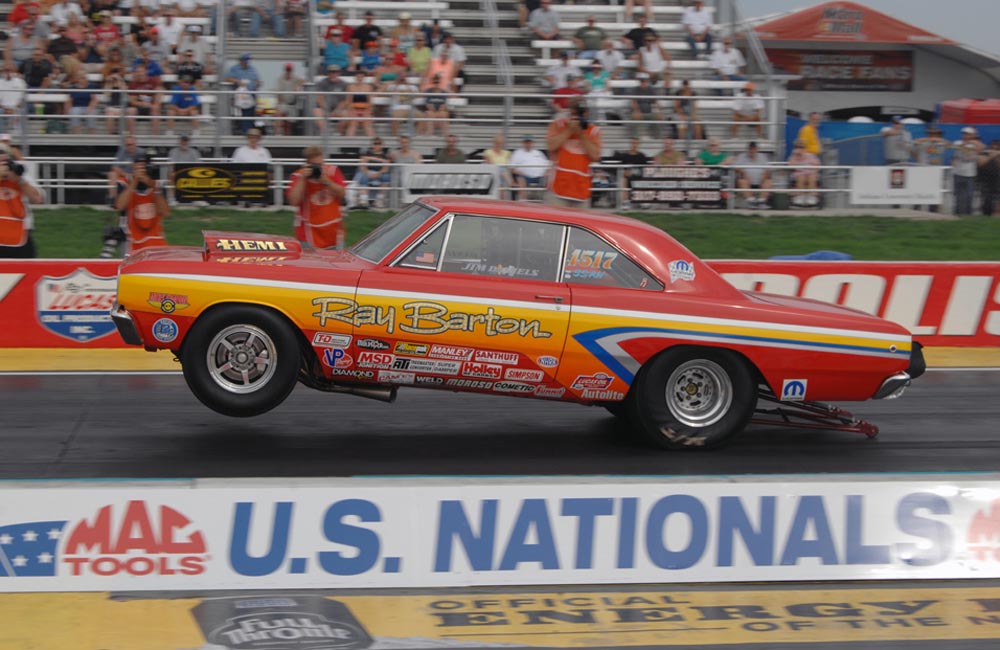 “The Mopar HEMI Challenge is a race that pays tribute to Mopar’s brand heritage,” said Pietro Gorlier, President and CEO — Mopar Brand Service, Parts and Customer Care, FCA. “These competitors and fans are the backbone of drag racing, and we treasure their passionate support. It’s this passion that has helped to make Mopar the brand that it is today.” 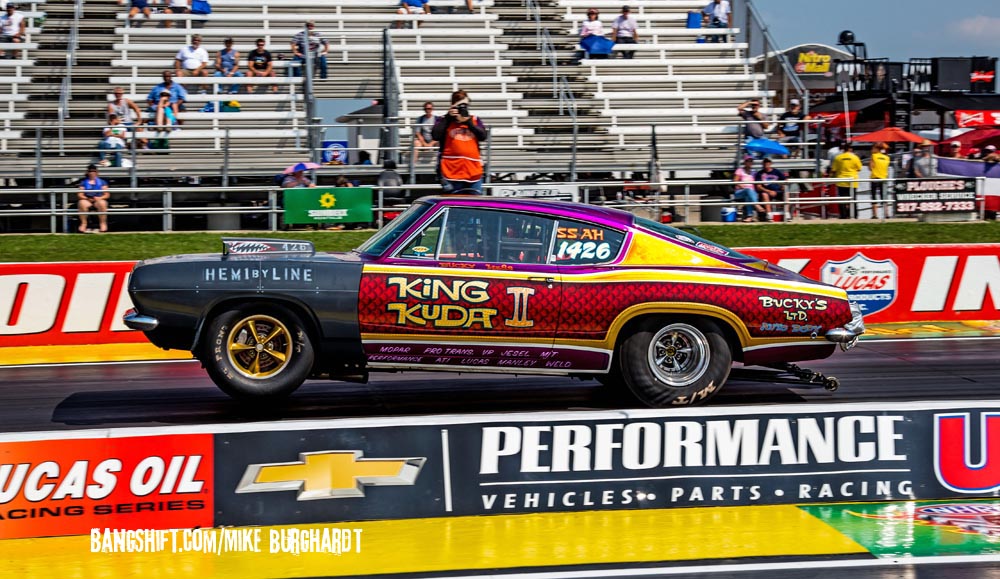 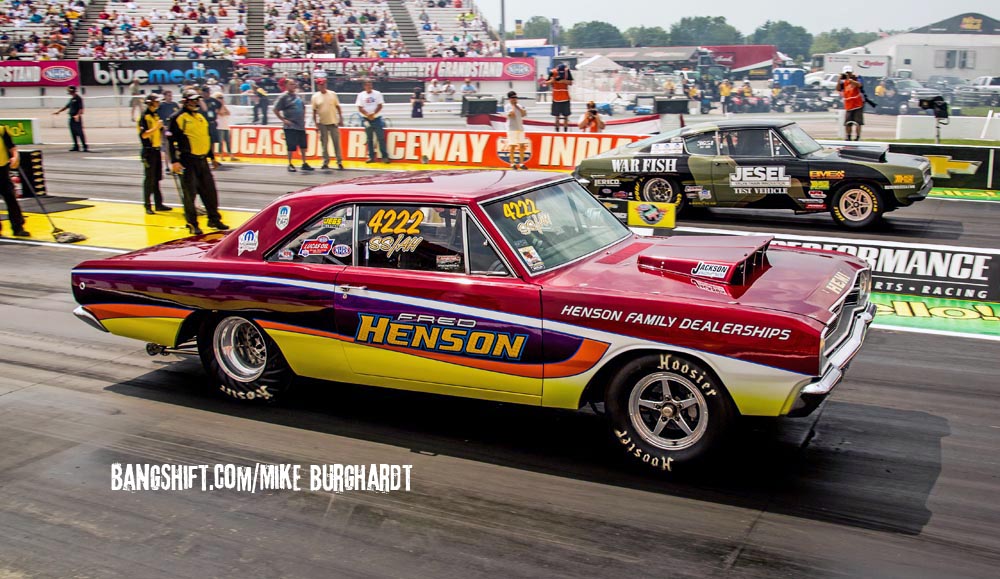 This year’s HEMI Challenge is scheduled to take place Thursday and Friday during the annual Chevrolet Performance U.S. Nationals at Lucas Oil Raceway, held from Sept. 2-7. 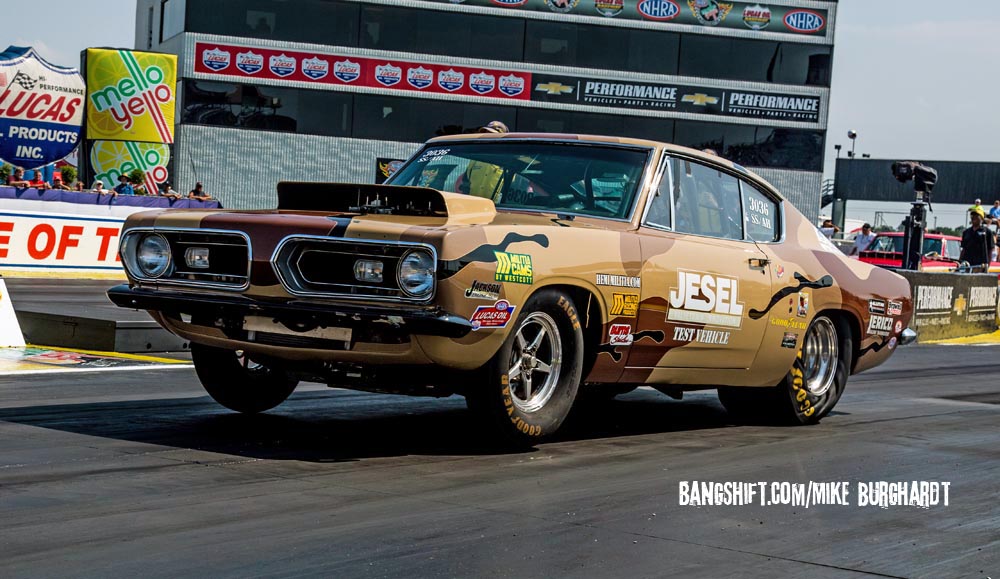 Mopar’s commitment to professional motorsports competition was established in the 1950s when a partnership ignited with drag racing pioneer Don Garlits, resulting in the breaking of numerous speed and performance barriers in HEMI®-powered vehicles over the next several decades. 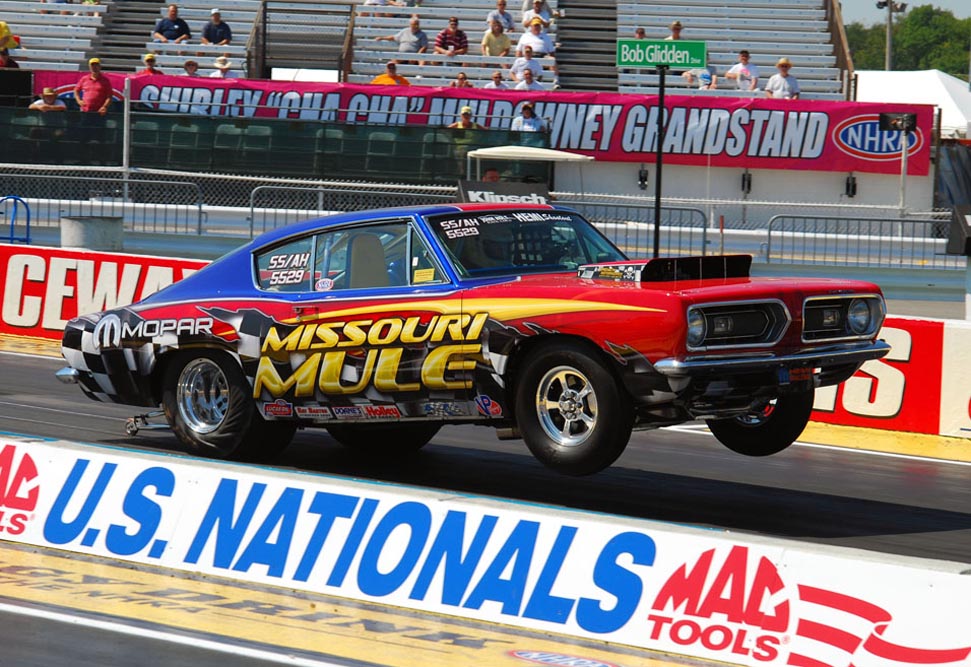 In 2015, Mopar looks to add to its streak of five NHRA World Championship titles in the Pro Stock (2012 and 2013) and Funny Car (2011, 2012, and 2014) categories in four years. While Mopar remains involved in a various professional motorsports series, it continues to honor its roots by being a proud supporter of amateur racing within the NHRA with its sponsorship of the HEMI Challenge and Mopar’s Tom Hoover Sportsman Challenge. 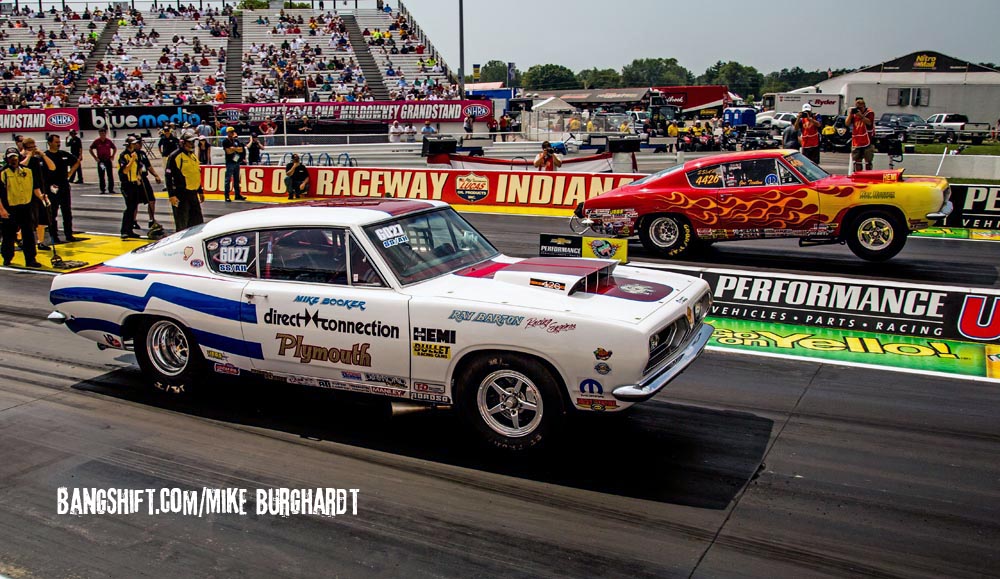 The Plymouth Barracudas of Mike Booker versus Joe Teuton at the Mopar HEMI® Challenge.

Ridetech's New Delrin Bushings That Will Make Your Corvette Handle Like It REALLY Should ACED: AutoCross Every Day! Ride Along With Lance Hamilton In His Bitchin G-Body