Driven In Anger: Watch John Surtees Drive A Honda RA300 V12 F1 Car Like He Is In His Prime! 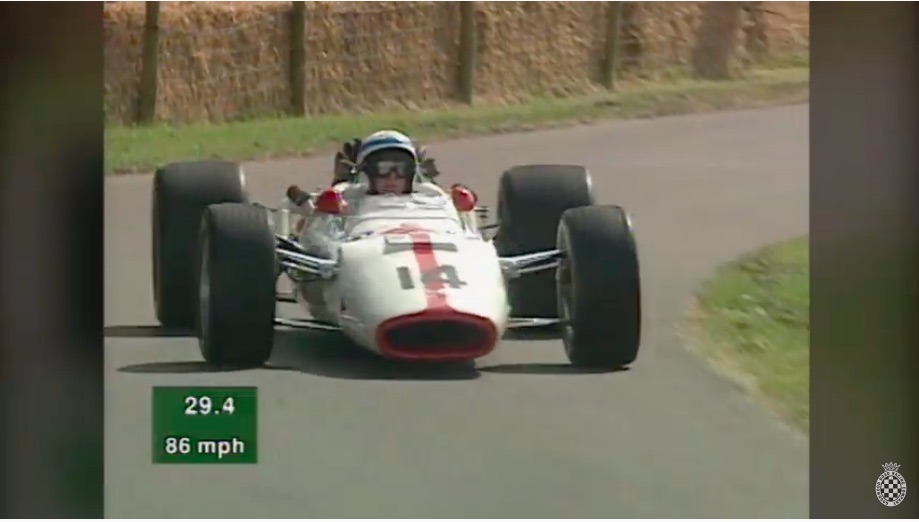 Ok, this is phenomenal. You are about to watch the legendary John Surtees attack the hill at Goodwood in a screaming V12 Honda RA300 Formula One car, just like the ones he raced in during his prime. As many of your know, Surtees is the only guy (still!) to have ever won the world motorcycle grand prix championship and the formula one title as well. It looks like that’s something which will never happen again as the disciplines, schedules, and commitments to compete in both series are seemingly impossible to balance. But that was then. This video shows Surtees as an elder statesman but as someone who clearly exhibits the kind of competitive fire and driving fury that made him a world champion.

This might be the hardest drive we have seen anyone make in a vintage car up the hill. By that we mean the hardest anyone has ever pushed on one of these old cars. The modern stuff gets run hard but an old car like this one? He’s beating the snot out of the thing. Hell, at one point he is making like 110mph!

Of course the sound of the V12 engine is spectacular, the stagger of the front to rear tires, the way that the suspension clearly works on every bump and corner, the whole scene is just about perfect. You don’t have to know a lick about this car or John Surtees to love this video. Just crank the speakers and watch human and mechanical greatness at work together.

So Cool: This 1965 Buick Skylark Has A Hot Rodded Grand National Drivetrain In It! Not Done Yet: NHRA Source Claims Series Could See Up To Eight Races Following US Nationals

One thought on “Driven In Anger: Watch John Surtees Drive A Honda RA300 V12 F1 Car Like He Is In His Prime!”