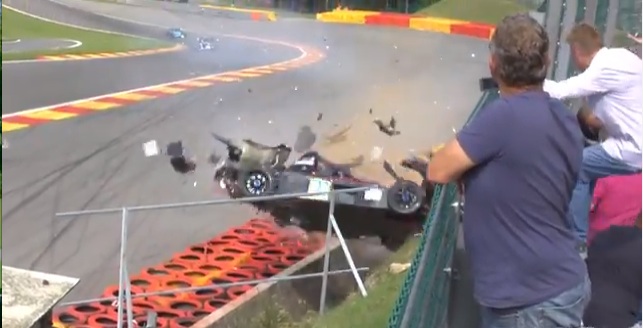 This one hurts to watch! This happened during a Radical Euromasters race at Spa-Francorchamps on September 6th. The red and black Radical was approaching the Eau Rouge corner at speed when the left-rear tire called it a day, taking out bodywork and sending the track car into a spin. Once the car made a full 360 degree spin it catches air and flies into the tire barrier, up a hill towards officials and comes back down on the track on it’s belly. According to all of the reports we can find and/or translate from Dutch, the driver was alright. 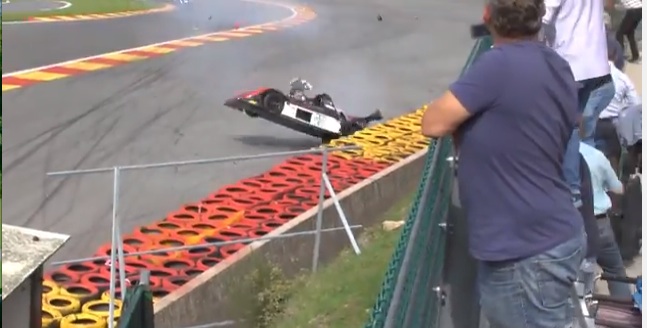 This Brazillian Motorcyclist Is The Luckiest Guy On The Planet This Week GALLERY: The Baer 3S Challenge At The 2014 Holley LS Fest