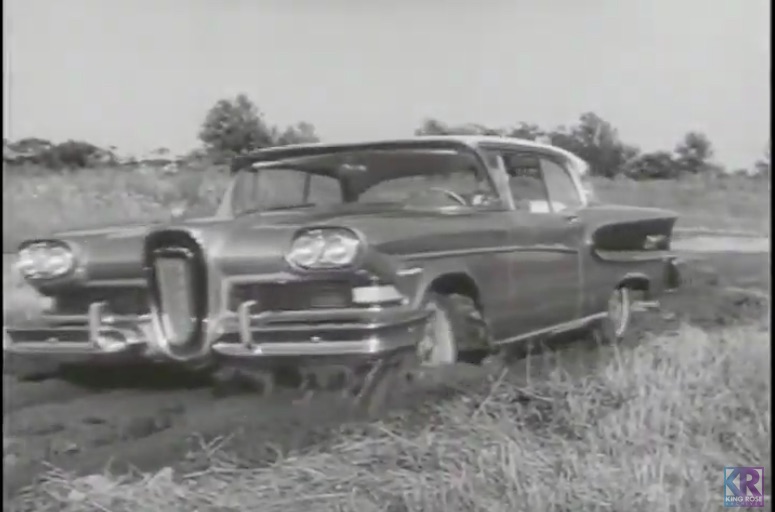 The Edsel stands as the greatest cautionary tale in modern automotive history. It was an albatross that Ford had hanging around its neck for years. The brand which was promised to be new and innovative and different was all three of those things but sometimes too much different is not a good thing. Ironically the ad touts the styling and the performance of the cars that potential customers have to experience. The performance was actually really good. The mighty MEL engines that powered these cars were not short on horsepower or torque. The styling is what sunk the brand.

While the brand suffered mightily in its infancy because of the ejection of the bolt front end and sides, and rear ends of the cars, Ford did not throw in the towel without a fight. They worked hard to try and make the brand into a lasting presence. When the growth they saw was way too small to consider the thing a viable property, they killed it off.

The old adage that success has many fathers and failure is an orphan stands true with the Edsel. Every group within Ford had another group to blame for its failure. The stylists blamed the workmanship. The line workers blamed the company for a lack of support, and in the end they were probably all right. The crummy part is that the 1960 Edsel models were the coolest of the bunch. Like many things in life, just when it got good, it got dead.

When this ad ran, hope sprung eternal for Edsel. Oh, if only they had been right.

Press play below to see this Edsel commercial featuring power, performance and styling –