In-Car Video: Wheel-Sawing Action In The Cockpit Of A Small Block Powered 289 Cobra! 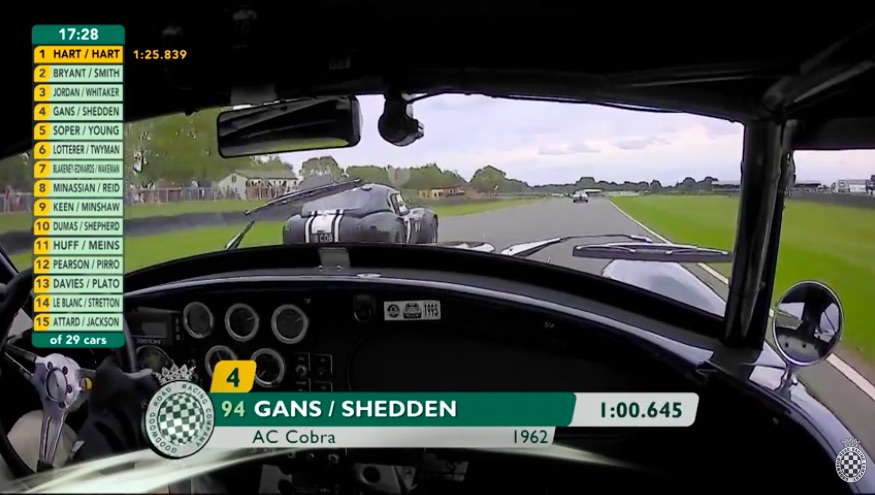 There are few cars that have the mythology, history, and downright awesome past than the Shelby Cobra. The little English car that became an American icon with the addition of a 260, then a 289, and then a 427ci Ford engine. The big block cars are their own brutal beast but the small block cars were where it was at on the track and this video shows why. The car we are going to ride in belongs to a guy named Gordon Shedden and he was driving at the 2018 Goodwood Revival. This thing is trying to kill him the whole time but he is keeping it a bay and off of the walls which is a really good thing.

The 289 cars did not have the strength of the 427 cars in the straights but they were far more nimble in the corners for obvious reasons. The better front to rear weight bias was a major reason. This is not to say that the cars are easy to drive as Shedden will show us with his constant wrestling with the wheel.

The car Shedden is driving has a roof on it, which was an effort to help the cars make more speed on long straights back in the day. The ultimate example of this was the short run of Shelby Daytona coupes but that is another story for another day.

For now, enjoy the sounds of a small block Ford and the sights of the driver wrestling its meanness around the track.

Press play below to see some fun, wheel-sawing action in a Cobra –