Driving The Bandit: This Is What Driving A Former Kelly American Challenge Series Car Is Like – Awesome Sound! 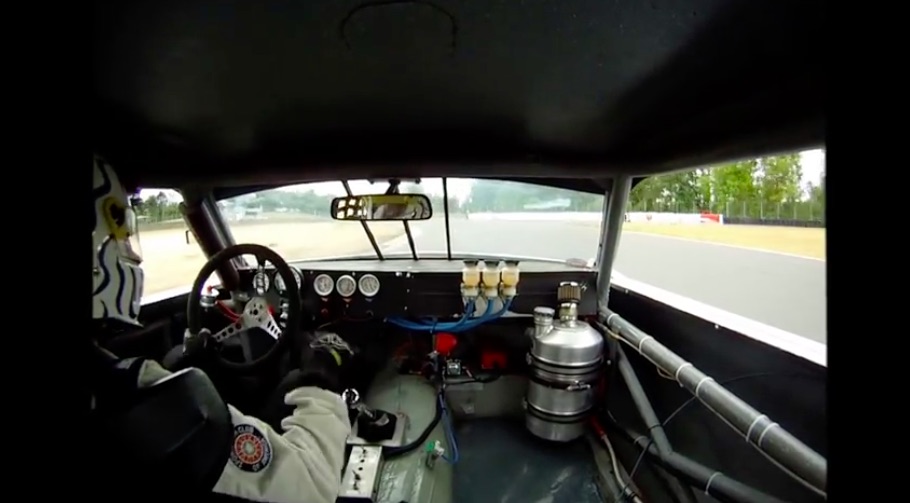 The other day I ran a story about the IMSA Kelly American Challenge Series at Lime Rock and talked about the different types and styles of cars that were available to root for in the series. There was one car, called “The Bandit” because of its Skoal sponsorship that was likely the most famous ever to come out of the series. It started life as a short track stock car driven by the likes of Phil Parsons, Bobby Labonte, and even Dale Sr himself. It was transitioned into road racing duty and became the central figure in a book called, “Rich Guys, Fast Guys, and Idiots” by an immensely talented writer named Sam Moses. Moses actually raced the car in the series and the whole thing is awesome.

Well, after the car’s racing days were over it sat behind a barn for some 20 years before Moses rescued it and had it brought back into its original fighting shape for use at vintage events and the like. In this video we see racer Ronnie Swyers, tapped by Moses to drive the car in a historic event out in Oregon several years ago. While not being driven completely in 100% anger you will see the car get its legs stretched and you’ll quickly recognize that these things were pretty bad ass and a series like this today would rule.

Rough around the edges, relatively budget friendly, and fast as blazes, the cars were awesome and the Bandit was certainly one to watch. Good on Moses for saving it and good for the rest of us that we have this in-car video!

Video: These 1970s Evel Knievel Drag Racing Toy Commercials Are Great - Did You Have Them? Progress On The Hagerty Straight Eight Build! The Cam, The Crank, and Plastic Pistons For The Win!

One thought on “Driving The Bandit: This Is What Driving A Former Kelly American Challenge Series Car Is Like – Awesome Sound!”