CRANK IT UP: This Is The Epic Sound Of Formula One In The Late 1970s – Cosworth V8 Screaming, Ligier JS11 Racer Working! 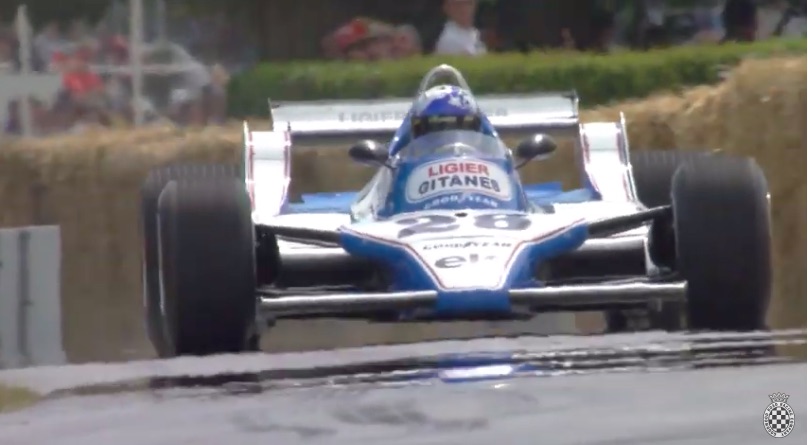 While I am not consumed with fandom over modern Formula One racing, I am a very large dork when it comes to the history of the pinnacle racing series in the world. That’s not to take a swing  at the modern, globally popular F1 racing scene, it is just that because I have 54,000 things going on every weekend I nary have a moment to watch a race so I can pile through books and read the hero stories of the past more often than watch the events of the present. This being said, the books and study can only take you so far. Even the great racing writers can only describe things in so much creative details before you eventually want to see it or hear it.

This video features the Ligier JS11 formula one car that was bad fast, kind of controversial, and often at the front of the pack in the late 1970s and early 1980s of the sport. Called the Ligier JS11, it was a ground effects style car that was glued to the track, used a Cosworth DFV V8, and driven best by the great Jacques Laffite in competition. The car won the first two races of 1979 and scored points though the season, ending up third overall at the close of the year.

Over the course of its competitive life, the JS11’s biggest problem was centered around its greatest strength, downforce. At first the the car worked so well it would cause the chassis to bend at speed and the skirts that were helping to keep the car stuck to the ground would be forced out of position, breaking the aerodynamic suction and causing a loss of traction. With a stiffened chassis it was the suspension parts that got the worst of it. The car would break control arms and even wheels, wheel hubs, etc. They just could not handle the load.

Despite the issues, the JS11 had five wins and loads of podium finishes over a two year run in the Formula One series.

And ohhhhh THE SOUND!

One thought on “CRANK IT UP: This Is The Epic Sound Of Formula One In The Late 1970s – Cosworth V8 Screaming, Ligier JS11 Racer Working!”