The E-Stands For Epic: Watch Five Minutes Of Driving Fury In A Lightweight Jaguar E-Type With Alex Brundle 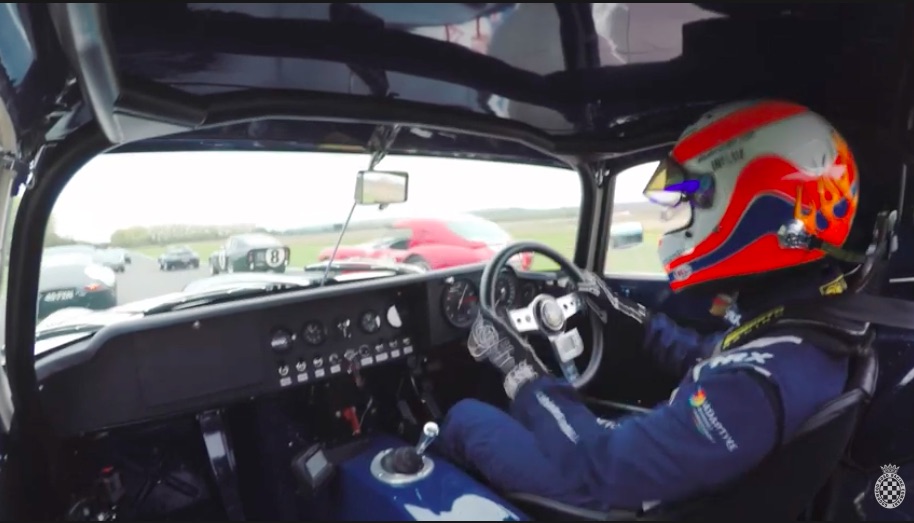 This should hopefully settle the debate once and for all that racing vintage cars isn’t about going out on to the track, driving around like you are on a Sunday tour, and then returning to the pits for caviar and snacks. This video shows the first five minutes of a race where Alex Brundle is driving a lightweight Jaguar E-Type and when we say “driving” we mean DRIVING. This dude is making passes on corners, straights, and anywhere else he can find the room. This includes a couple of places where he effectively makes the room with the long nose of his Jag.

Brundle is the right man for the job here as he is an active sports car racer as well as one of the guys who works in the booth for the broadcast of European Formula 2 races. Now, being in the booth doesn’t qualify you for much (ask me how I know) but the part about being an active racer sure does. While this car has less grip, less power, less technology, and less safety gear than his modern car, Brundle can still apply his skills as a professional to get the results here.

It seems to us that in road racing, moreso than any other motorsport, patience, and the mental strength to not leap too soon for a move is amazingly important. A lesser driver, thinker, or professional could have piled up a lot of iron in this five minute stint. Brundle did no such thing and carved his way ahead!

The Evolution Of Power: This History of F1 Engine Development Is A Really Fun Watch Finnegan's C10 Hits The Dyno And Makes Big Power At The Tires Thanks To The Blown LT4