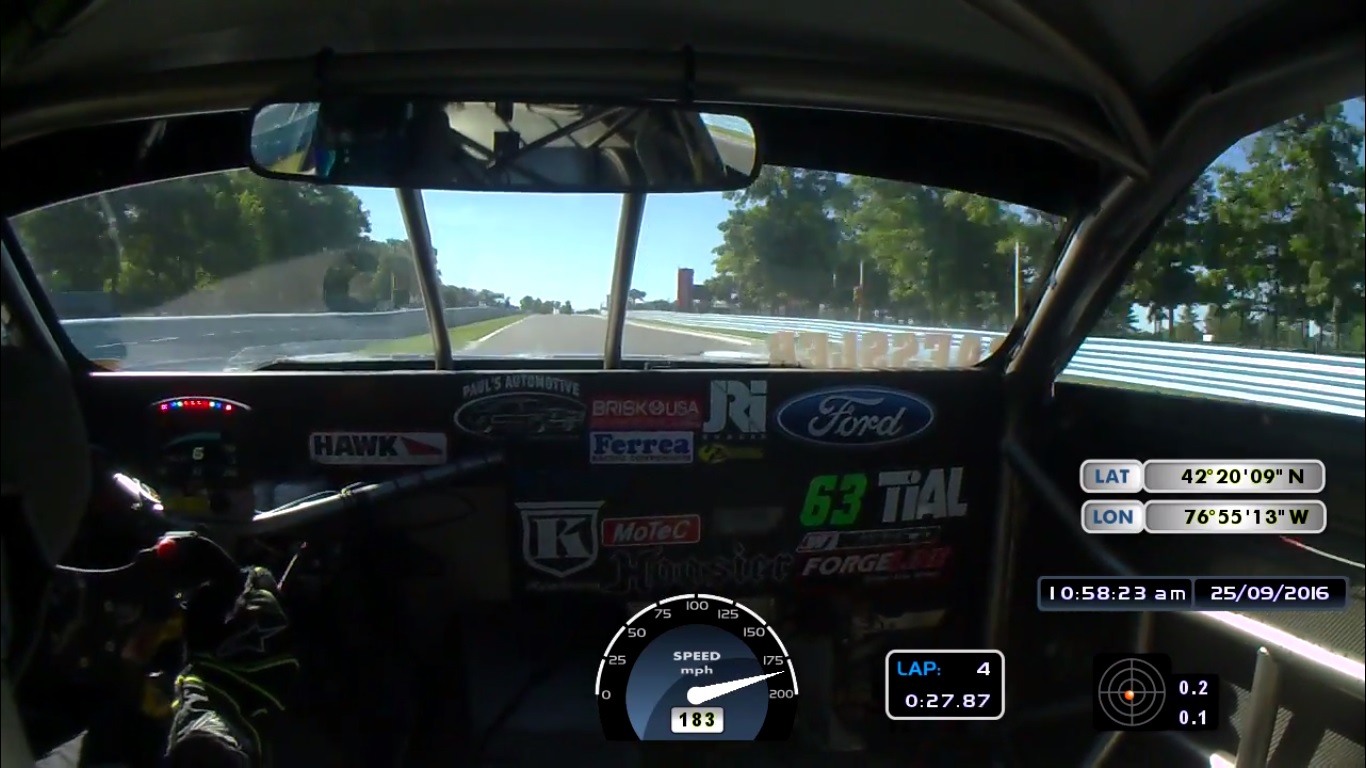 Road racing videos can make it hard to gauge relative speed, especially in time trial runs. Because Brian Faessler drives his monster Ford Mustang so smoothly in this video of his lap-record run at Watkins Glen International last weekend, it’s hard to grasp just how insanely fast the car is running. Faessler’s wicked lap at Watkins Glen came during the Time Trial-Unlimited (TTU) competition at the NASA Eastern Championships and the 1:48.682-second circuit smashed the previous lap record by an incredible 7.5 seconds.

Faessler’s top speed is an amazing 183 miles per hour just before braking for the famed Inner Loop section of the track. That’s considerably faster than NASCAR, who only run the shorter Watkins Glen course, and his lap time is also much quicker than a GT4-spec car. In fact, it’s closer to the GT3 cars that run IMSA’s GTD class than it is to the GT4. With the telemetry measuring almost 2.0 lateral G, this thing has more than power, too. You might guess that we’re not talking about a stock Mustang here and we think Faessler has a similar turbocharged setup that he did in his 2007 Mustang that raced with NARRA.

Such A Rough Start: This 1989 Saleen Mustang Is Up For A Quick Sale! Unhinged Fun: Plenty Of Off-Roading Mayhem From Dennis Anderson's Muddy Motorsports Park!

2 thoughts on “Flyin’: Watch This Mustang Smash a Lap Record at Watkins Glen”