So This Guy Drove Us To Dinner Last Night……

Jan 08, 2015Brian LohnesApex Video, BangShift APEXComments Off on So This Guy Drove Us To Dinner Last Night…… 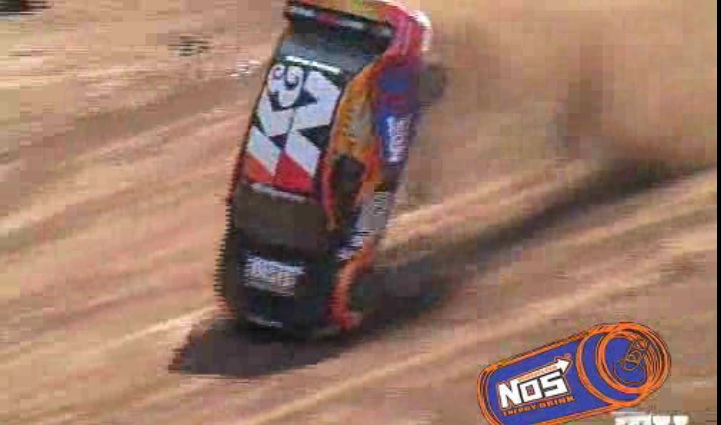 Intrepid BangShift photo contributor Dave Nutting and I are here at Red Bull Frozen Rush 2015. Last night we went to dinner with a bunch of drivers and people from Red Bull and BFG who are the primary sponsors of the race. Before leaving the hotel we met up with Andrew Comrie-Picard and struck up a conversation. As it turns out, Andrew is a full on rallying bad ass that has competed in events across the world and has won lots of them. He has competed in the X-Games multiple times and that’s where this video came from, he has won Targa Newfoundland, he’s a champion rally racer in the USA, and the guy is a genuine gearhead.

Between stunt driving gigs in Hollywood and being a factory works rally driver for Ford in North America, the dude totally has his act together. As it turns out, he was our means of conveyance to dinner last night. As he was banging gears and sliding the Subaru WRX we were in sideways he told us that he was the “star” in a YouTube video that featured his big crash from the 2008 X-Games. The video is below and there is both out of car and in-car video of the front end over roll. What’s nuts is the actual story.

Andrew told us that the EVO he was driving did not jump well because it was so nose heavy. It was important to carry just enough speed to clear the jump so the thing did not auger in. In this case, he was a wee bit too slow. The rear end clipped the backside of the jump and it launched itself into a roll that looks pretty “gentle” from the outside. You’ll see how “gentle” it was when you watch the in-car video that is also part of the package below. It is violent as hell. Amazingly, Andrew said that they wanted to continue on because their competition had a problem as well but the car wasn’t up to it.

If you suspected rally drivers were completely insane….you are 100% right. We’re happy to report that the guy is a total gearhead and a riot to play passenger with. It is always fun for us to meet guys like this only to find out that they are cool gearheads that happen to have extraordinary talent. Win!

Project Angry Grandpa: Our 300C Gets A New Fuel Tank - If You Have A Late-Model Hemi Mopar, You Might Want To Check This Out Dynatech Rolls Out Awesome Stainless Steel Headers For Crate Engine Powered Modifieds - Make More Power And Get Better Fitment