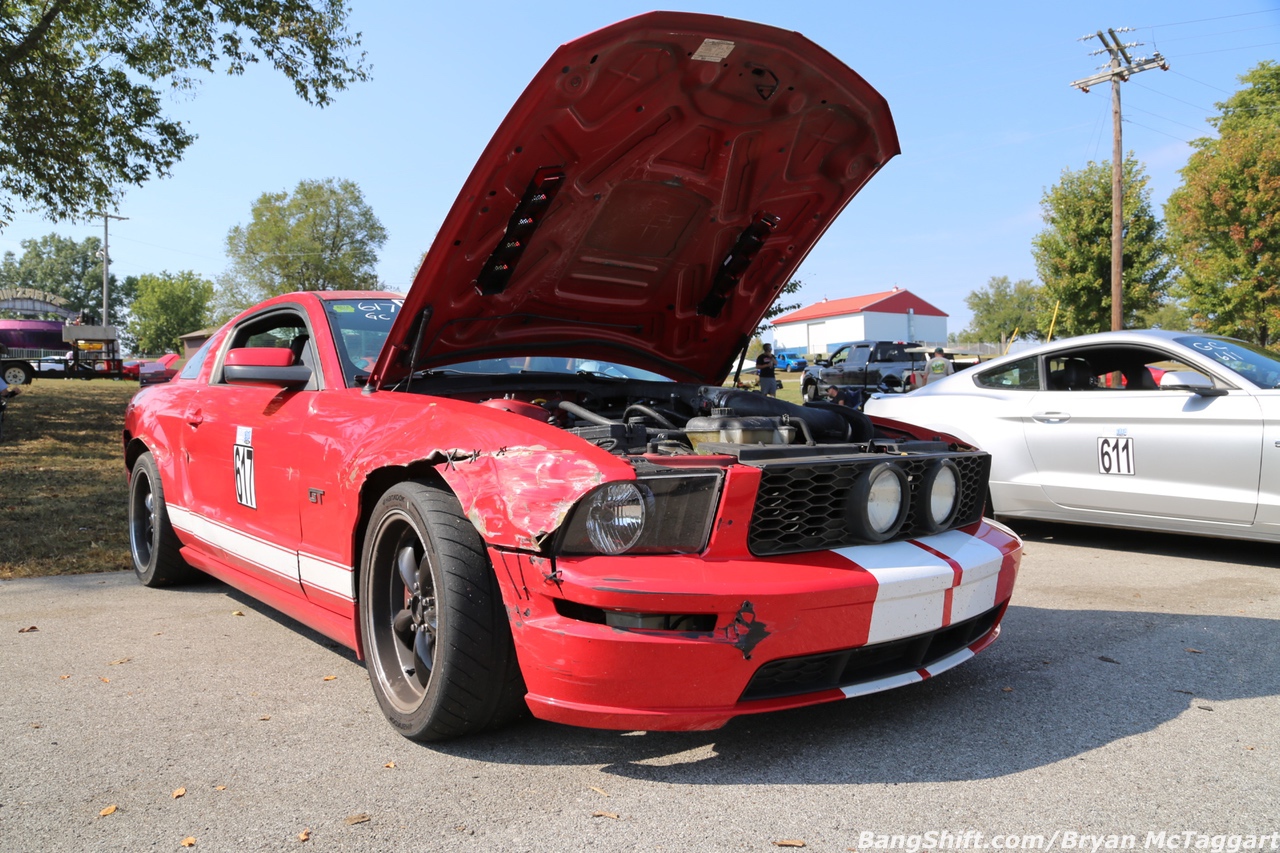 In a sea of show-worthy cars and pretty race machines, a 2005 Mustang GT wearing some wrinkled body panels on one side didn’t seem right. In fact, when I first saw the Mustang rip through the cones, my instinct was to go over and see if it was the same S197 that I’ve seen compete at King Of The Heap. It’s not, but it’s got the same fighting spirit vibe to it. Owner Alex Schwartzenberger (dude, I should have had you spell your name out, I’m sorry if I botched it!) is the man who brought this car to Holley’s Intergalactic Ford Fest, and he did exactly what we all wanted to see: he beat on this car like it owed him serious money. It made us smile and made me wish I hadn’t gotten rid of my old “Mock One” Mustang of the same vintage. 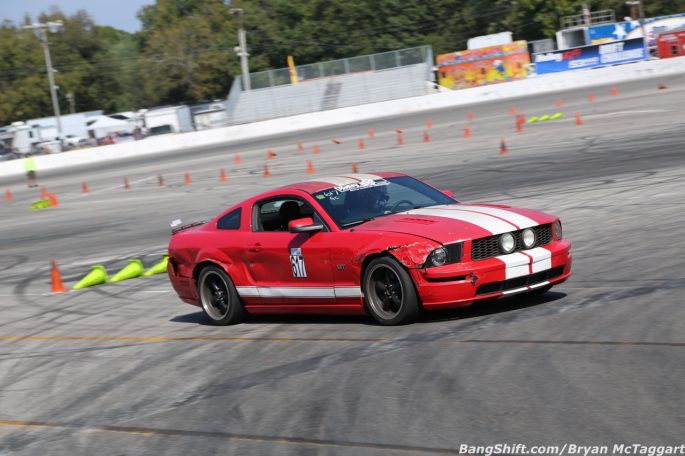 Alex’s car is a pretty straightforward build. He bought it off of a friend in high school and has spent the years since building it up to be a corner carver. A full Ford Racing suspension setup, Eibach struts and springs, BMR control arms and 3.73 gears come together to make cornering a magical experience. Underhood, a 5.0L stroker build wearing a Saleen supercharger creates the party. There’s even the Five Star Bodies 70-degree spoiler that’s meant for a stock car on the trunklid, which had been installed the day before Ford Fest kicked off. But we’re pretty sure that you want to know about everything that’s wrong with the passenger side of the car. 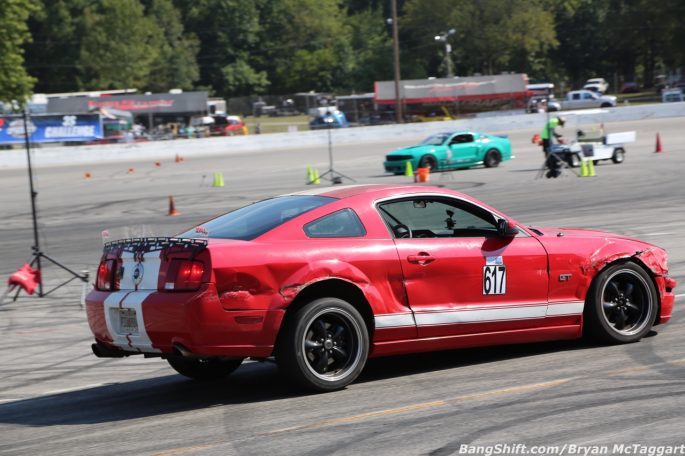 Back when he attended the University of North Georgia, the road near his house was one of those dream stretches with good corners. The one that got the car was no more than a few hundred yards away from the house, a third-gear setup that he’d hit numerous times before. But one time, the car got loose, and even though he straightened the Mustang up, the front tire was in the grass and the car was going to kiss the barrier one way or another. Outside of the sheetmetal, the only damage suffered was the front strut and tie-rod.

Some people would think twice about bringing a car with obvious damage and a story that usually elicits a lecture about responsibility to an event like Ford Fest. Alex didn’t seem deterred in the least and we applaud him for it. There’s nothing mechanically wrong with the car and he let that car eat as if it was a starving puppy living with an empath. The car was meant to be used, and he used the hell out of it. There is no shame whatsoever here. It’s not restored, it’s not rare, it’s not worth big bucks. It’s a well-balanced performace car that has just a scratch or two to show. 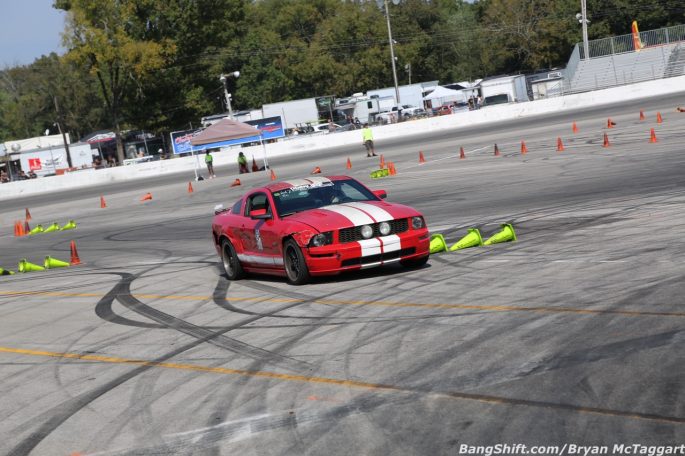