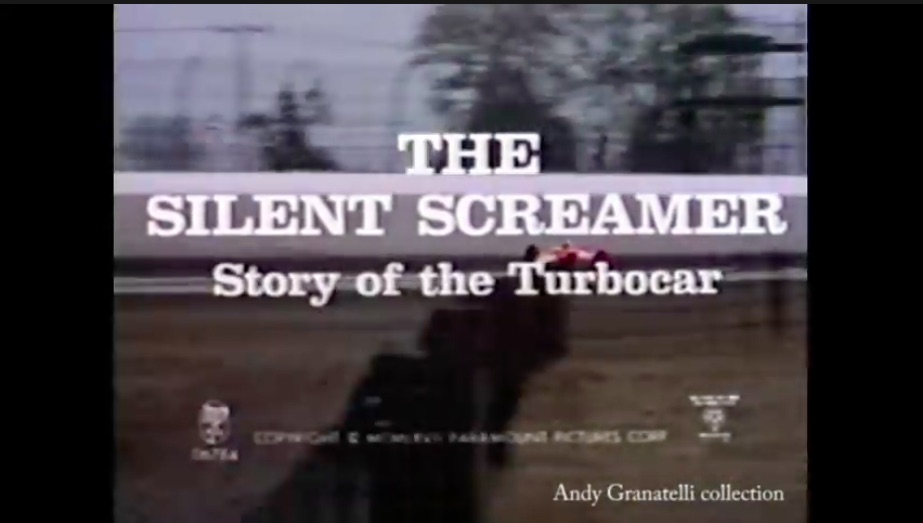 Last weekend, I was at the American Sped Festival in Detroit, surrounded by historic race cars of all different shapes and sizes. Two of them were 1968 turbine cars as fielded by STP. The cars driven by Joe Leonard and the other by Graham Hill were amazing and they were not the first turbine entries of Indy 500 lore. In fact, even the 1967 effort was not the first but it was certainly the one that showed turbine engines could hang with the piston jobs. This film, called “The Silent Screamer” is an inside documentary look at the 1967 STP turbine car effort. It was made in period and we hear from all the biggest names involved like Jones, Granatelli, USAC officials and all.

From the build, which shows off the incredible chassis of the car, to tech inspection, qualifying, and yes the infamous race itself. One wonders what would have happened had Jones actually won the race he was leading. Officially tried to ankle the turbines for 1968 and by 1969 they were outlawed, never to be seen again.

But this was a grand experiment. One that didn’t just perform well, one that showed its potential to perform beyond the expectations of everyone in the facility. We loved every second of this. Well, very second until the race results. Take a wonder trip back through history here.

The neatest thing of all? The sound…or lack thereof. Remember, this thing was not called “Silent Sam” for nothing.

Watch the amazing story of the 1967 STP turbine Indy 500 entry – what a cool look back!

One thought on “Historic Video: Silent Screamer – The Inside Story Of The 1967 STP Turbine Powered Indy Car!”