Into The Mind Of The Master: This Look Back On Smokey Yunick Is Awesome! 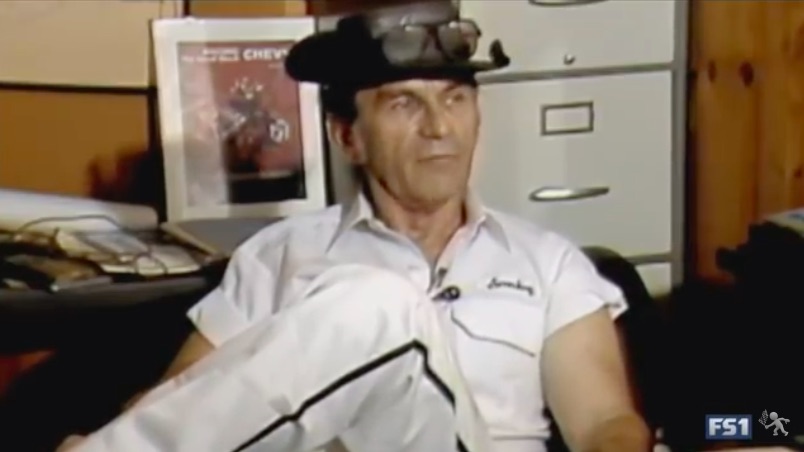 What if you had a sport controlled by a family? What if that sport had a legacy that included one of the most colorful people in motorsports history? What if the family hated that guy so much that they seemingly decided that his everlasting punishment would be a longtime banishment from their official tellings of the sport’s history and entrance into places like the sport’s hall of fame? Seems like something right out of the movies?

Nah, it’s the France family and Smokey Yunick. A man who’s forward thinking and innovative brain drove some of the most interesting developments in NASCAR history is persona non grata in the hall of fame as of yet. BUT, you cant deny things that actually happened, right? That’s the beauty of Smokey. Not only did he exist, there’s evidence in the form of the cars, the old films, and the written history. They can keep his spirit at bay for a while but eventually they’ll come around. He’ll wear them down from the grave like he did on the track.

This is a show made by FS1 that tells some awesome stories about the Daytona 500 and the first eight minutes are dedicated to Smokey Yunick. You’ll see vintage race footage, vintage interviews, and modern interviews with NASCAR legends that were there when he was there. The story about opening day at the speedway and Bill France is amazing. It’s also one of a million reasons that Bill France wanted to wring Yunick’s neck most of the time.

4.3 V6 vs 4.2 Inline 6 - NA And Under Boost The Small Block Based VORTEC V6 Tries To keep Up With The Ameri-Barra Historic Video: Don Garlits' Other Blow Over Came Out Of Nowhere In Spokane, Washington Circa 1987

6 thoughts on “Into The Mind Of The Master: This Look Back On Smokey Yunick Is Awesome!”