IROC Porsches: 911 RSRs Battling It Out In IROC’s First Season! 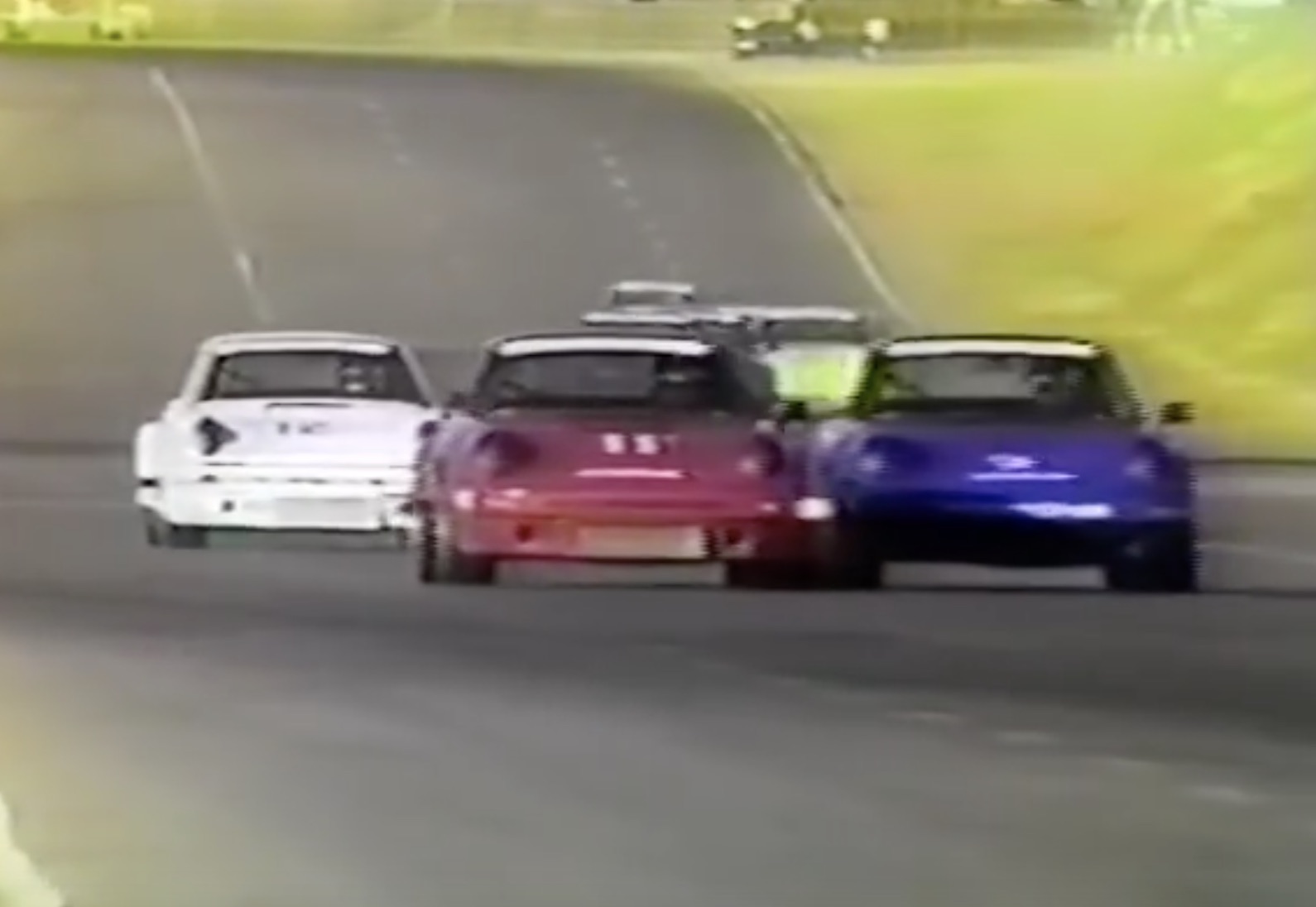 I’ve been on a bit of an IROC racing kick this week. Blame it on diving down the internet rabbit hole after finding that footage of Bobby Unser’s absolutely folded Camaro. I decided that the next thing I wanted to find was footage of the Porsche 911 RSRs racing. Prior to the switch to the Chevrolet Camaro to tone down the cost of the race cars, the Porsches were the car of choice and the drivers had to race on an all-road course circuit for the 1973-74 season. Mark Donohue, the Trans Am guru, was the winner of the championship, and he was in some heavy company that included the likes of Unser, A.J. Foyt, Emerson Fittipaldi, Denis Hulme, and Richard Petty, among others.

The IROC Porsches were based on the 1973 Carrera RS, but saw the “whale tail” spoiler, widened fenders and bumpers, the Fuchs wheels, and the 315-horsepower 3.0L six that was capable of putting the cars up to the 180 mile per hour mark. Outside of safety equipment, the fifteen cars (twelve drivers and three spares) were mostly composed of parts-bin sourcing. No tube-frame wildness here. This is race #2 of the season, held at Riverside on October 28th, 1973, with Jackie Stewart working the commentary…you don’t want to miss this.

They Drove What? The History Behind The Two 1963 Chrysler 300s That Went Rallying In Canada Classic YouTube: Go-Go-Gadget Pumpkin Cannon!