They Drove What? The History Behind The Two 1963 Chrysler 300s That Went Rallying In Canada

When you think rally car, you picture small, light, usually four-wheel drive beasts that seem to be able to do the impossible. But even before Group B and the really ballistic cars, small and light were the norm…early Porsche 911s, Minis and small RWD Fords like the Escort and the Cortina ruled the stages, with enough power to slide around and be controllable without being overpowered and a handful. Compared to those cars, pretty much everything coming out of Detroit in the early 1960s was a battle tank.

In 1961 Shell Oil had started promoting a cross-Canada rally that was a serious, no-joke run: this wasn’t just bare gravel fire roads, this was Canada in full: snow, mud, rocks, bears, and whatever else the land of butter tarts felt like throwing at you, from Vancouver to Saule Ste. Marie. Dubbed the Shell 4000 Cross Canada Rally, it provided manufacturers a chance to showcase just how durable their products were by subjecting them to extreme conditions. In 1963 Chrysler decided to give it a shot and picked two 1963 300s for modifications. Both cars were 413/automatics and received some basic upgrades, including 3/4″ steel skid plates, tow hooks, heavy duty wheels and tires, and a spotlight on the roof of the car to aid in visibility. 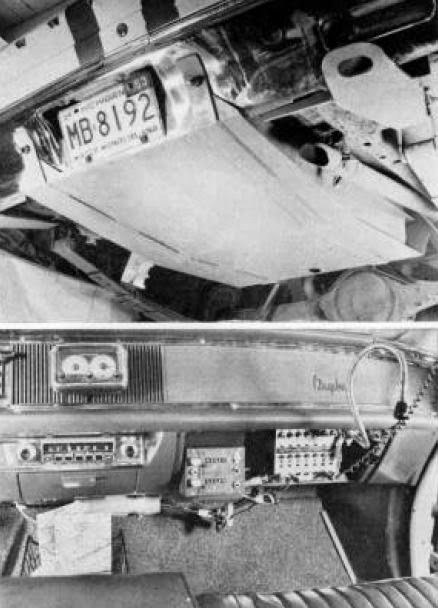 Drivers Gene Henderson and Terry Sumner paired off with navigators Fred Browne and Roger Bohl. Leaving Vancouver at night, the two cars drove off into absolute obscurity. According to official results, Sumner/Bohl finished sixth overall, while Henderson/Browne came in 15th. The first five cars that finished: Chevy II, Ford Falcon, Ford Falcon, Volvo Canadian, and the Chrysler 300 of Scott Harvey and Bob Mollman. If someone knows where these cars ended up, nobody has said anything yet.

How cool would it be to be in their places: slogging through logging roads in a big-block Chrysler, comfortable inside, with plenty of power underfoot in the name of promotion? Sign us right up! 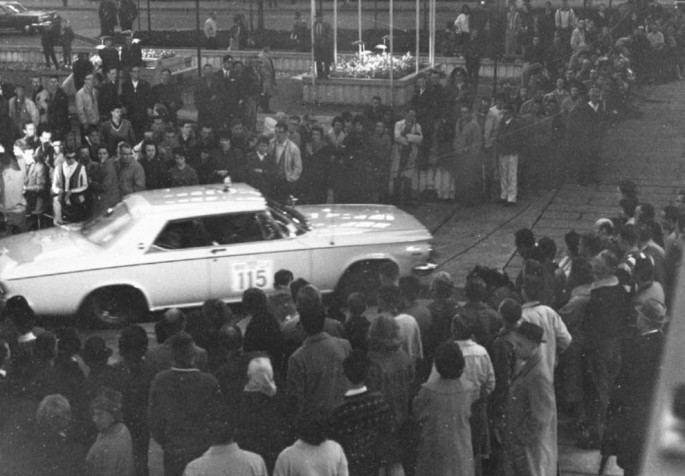 (Courtesy of Patrick Smith and phscollectorcarworld.com)

2 thoughts on “They Drove What? The History Behind The Two 1963 Chrysler 300s That Went Rallying In Canada”