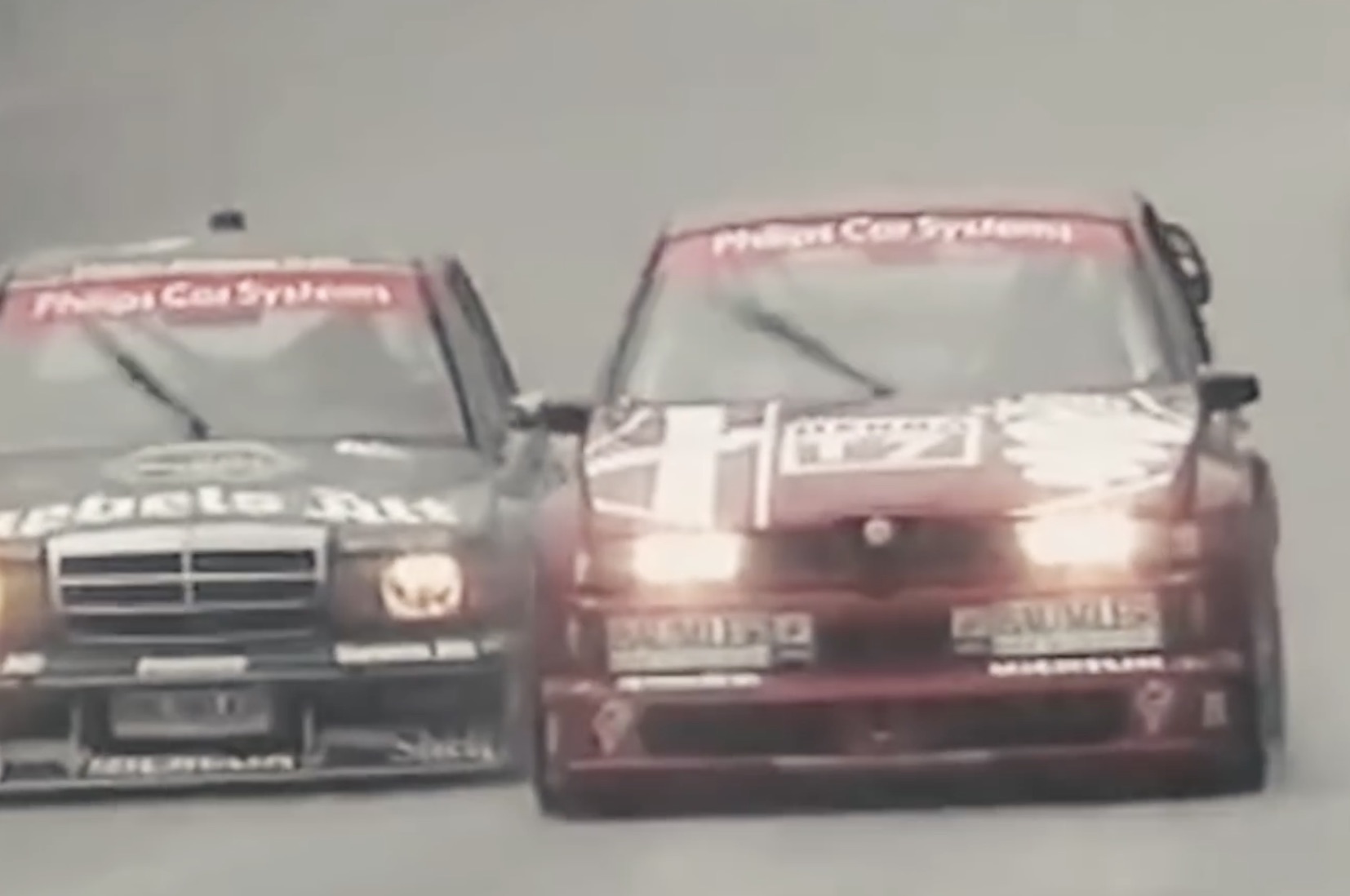 The beauty of having an excellent cable TV package in the household I grew up in was that I got to see racing that most Americans generally didn’t know much about…or didn’t give much thought about. Touring car racing was NASCAR with an accent, real (enough) cars that looked like the typical car after it went through a speedshop, and drivers that had absolutely no issue whatsoever in being passionate and demonstrating emotion when needed. The racing was vicious and often brutal, and unlike NASCAR the road courses gave a young kid more to watch than the inevitable “big one” wreck. I loved it. I had to rely on the closed caption translations and the explanations of the English-speaking commentators and the soundtracks provided by the machines. Mercedes-Benzes, I recognized instantly, and I knew the overall Alfa Romeo shape from visiting one of the last Alfa dealerships in Colorado Springs with my grandfather when I was younger. The Opel Calibra was a new body, one that I still think is a beautiful design…provided I see a Calibra and not a Saturn L-series, another platform mate.

So I saw some excellent racing, watched cars I mostly knew nothing about battle it out on road courses I still haven’t seen with my own eyes twenty years on, and…that’s it. Deutsche Tourenwagen Meisterschafts racing wasn’t that big in America for a reason…there was no American involvement. This was a European racing series. Moreover, it was a battle mainly between Mercedes and the rest of Europe who dared take on the Germans on their home court with their own rules. Alfa Romeo was one company that not only dared, but came in with a mission to win and not just ride along with. And win they did, with the Alfa Romeo 155 V6 Ti taking 38 wins plus three non-championship races between 1993-96, with seven drivers taking wins: Nicola Larini, Alessandro Nannini, Christian Danner, Stefano Modena, Michael Bartels, Gabriele Tarquini and Kris Nissen. The little Italian screamer came and conquered and sent heads rolling at Mercedes. Here’s the story in their own words.

Be sure to turn on the closed captioning system for the English translations!