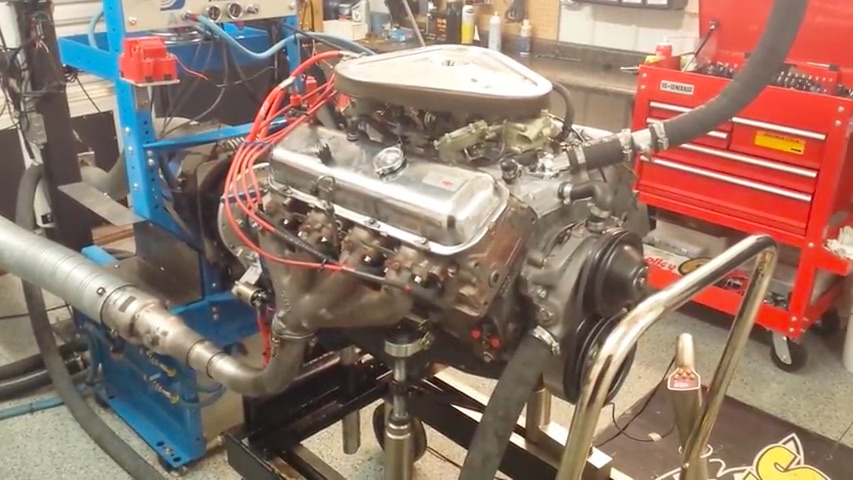 It is one of those questions that gearheads love to pose to each other. How good were those old engines, anyway? How much did the factory over or under rate them? Did they actually make the horsepower that Detroit said they did? Over the years, in most cases the answer is no, they did not make the power that we were told they did by manufacturers. in fact, they made more. This seems to surely be the case with the Chevrolet engine pictured below which is a 427 that carried the L17 option code and was factory rated at 435hp. Seeing the motor below run with its factory air cleaner and exhaust manifolds on it make 500.5 hp is impressive and seems to indicate to us that these babies were loads better than the 435hp that GM admitted to.

Now, one of the things to consider is that this engine was blueprinted and rebuilt to a much tighter spec than the factory would have been able to produce in that time frame. We cannot see if there has been a camshaft change or head work or anything of that nature as well. Those things could certainly add up to more power. Did they run the engine on race gas with more aggressive timing? Again, we can’t know those things. BUT we do know that the thing made peak power at about 5,800 RPM and it made peak torque at 4,000 RPM and both of those numbers are certainly about where the engine would have performed its best back in the day.

Uncorking this engine with headers and a more free-flowing induction setup must have lead to some impressive results back in the day. One of the freakiest rides we have ever taken was in the passenger seat of a 1969 427/435hp Corvette. Totally awesome and very scary car, complete with this engine.