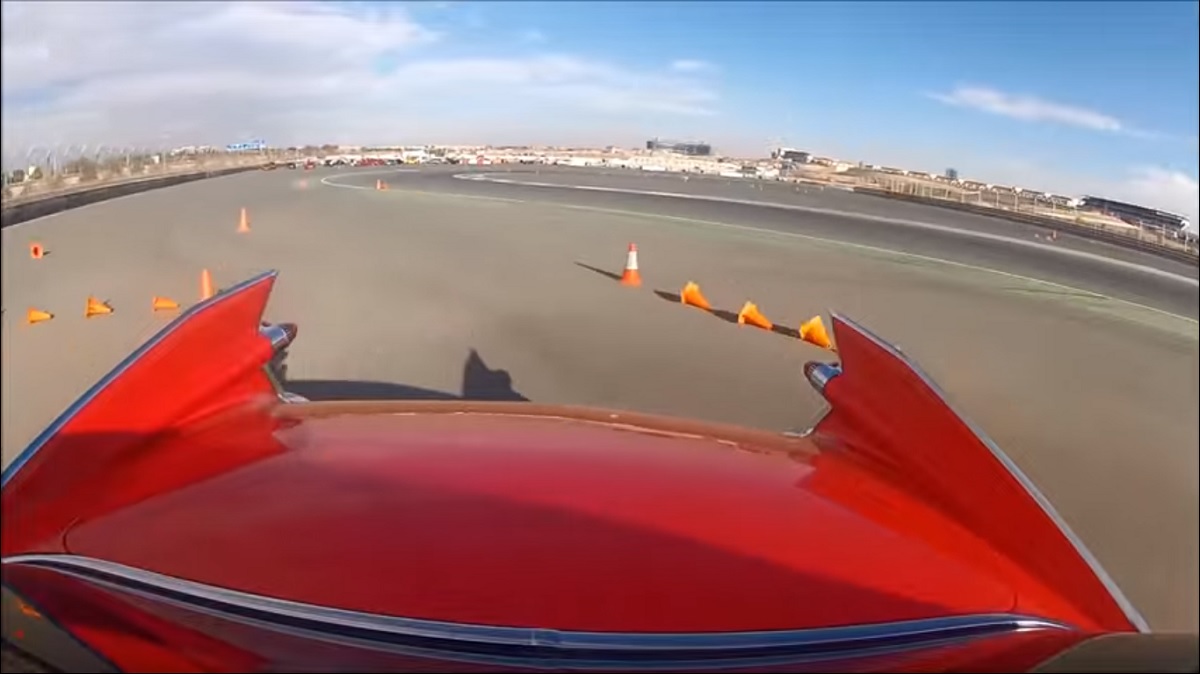 Autocross. The word conveys an image of auto enthusiasts pitching Miatas and CRXs and BMWs and Porsches around a cone-sea in an open parking lot. The nimble little cars squeak through slaloms and “garages” like so many mice through a maze. It’s a good entry-level scene for the low-buck beginner and, at its highest-level, a precision sport where hundredths of a second matter in the same way they do on the quarter-mile. Except when you bring a 1959 Cadillac Sedan DeVille to play, as one enterprising autocrosser did in Dubai. Then it’s all about style points.

No one will accuse the Caddy of being nimble or even quick, but watching it saunter around the autocross course at Dubai Autodrome is a thing to behold. I’m not sure I’ve ever seen anyone autocross on whitewall tires and while big wings are occasionally found on some autocross specials, the DeVille’s classic jet-age fins look pretty unique in the cone-surfing world. Slowest time of the day? Who cares? This Caddy owner has acres of style (and metal).

The Spirit of Sunshine Belly Tanker Is a Real Australian Beast: Listen to the Sweet Holden V6's Howl! Ouch! This Evo's Engine Annihilates Itself at a Track Day in Australia