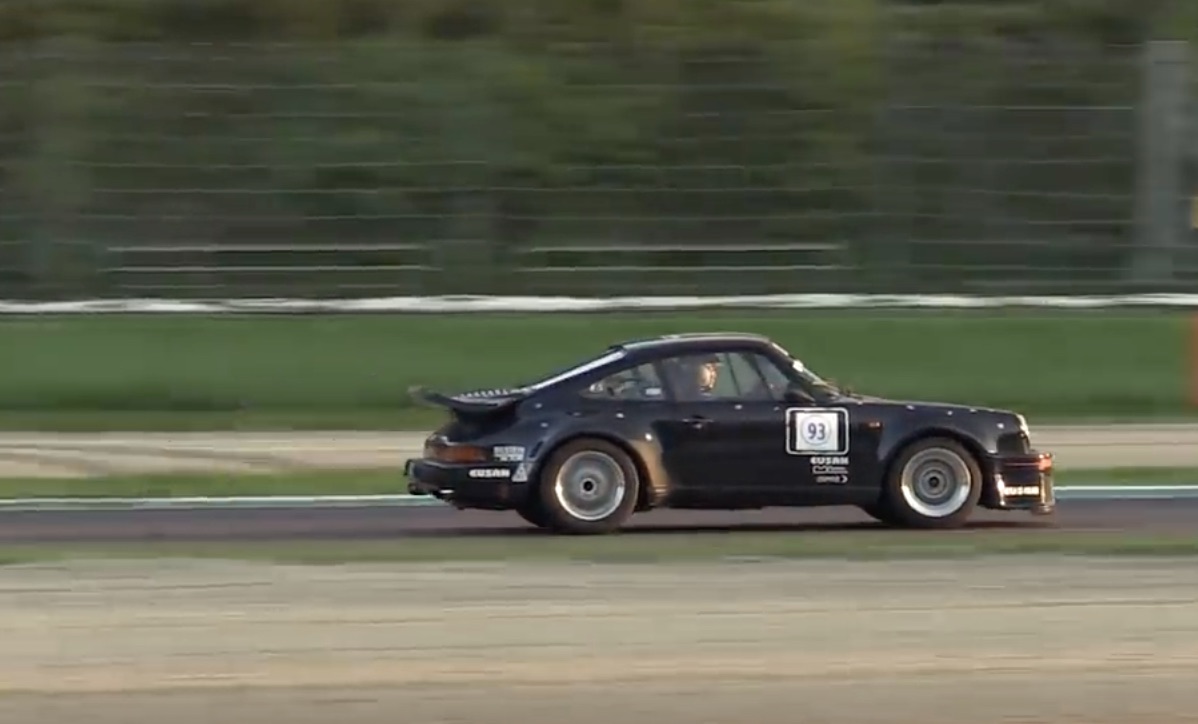 Whale-tail. Widowmaker. A car whose “Turbo” badge was more than a quick cheap laugh. The Porsche 930, for all of the posters, all of the cheesy late 1980s pictures of it parked next to a Ferrari, a Jaguar, a Lamborghini and a Corvette, was not something to be trivial with. This car did not suffer fools and in the right hands, would dispatch any challenger with haste. Call it an overrated Beetle at your own peril, because the small flat six and KKK turbocharger teamed up to provide plenty of thrills and soiled race suits. Drive it with respect, and the 930 made you look like a hero. Drive it like an ass and once the doctors had you comfortably in traction, they’d happily give you the play-by-play of how you failed to remember just how a rear-engined vehicle actually works in a corner. It had an on-off boost pattern…either you had nothing or every last ounce…and from 3,500 until the redline, you were wondering if pressing the pedal down was really the smart thing to do.

Outside of the car, you see the widened body, those flares, that wing, and you get the howl of that flat-six as the meatbag behind the wheel is busy splitting the difference between finding the next apex and finding Jesus. The 930 is the kind of machine that most people don’t understand anymore, but they should. It is man and machine, nothing else. There is no attention deviation. There is no urge to surf through the satellite radio. You listen for the redline, you snap off the next shift, and you brake well before the corner because it’s safer to power out than it is to late-brake and hope the ass end doesn’t try to see what the front end is doing. Porschephiles are steadfast in the defense of this machine. Can you blame them?

Anvil Repair Tech - Seriously, This Is A Cool Story About Repairing An Anvil! Satellite Launch, Part 6: Let Their Be Motion To The Rear Wheels!