Morning Symphony: Like You Wouldn’t Jump At The Chance To Drift A Ferrari In The Snow

Oct 27, 2018Bryan McTaggartApex Video, BangShift APEX, RACING & ACTION, VideosComments Off on Morning Symphony: Like You Wouldn’t Jump At The Chance To Drift A Ferrari In The Snow 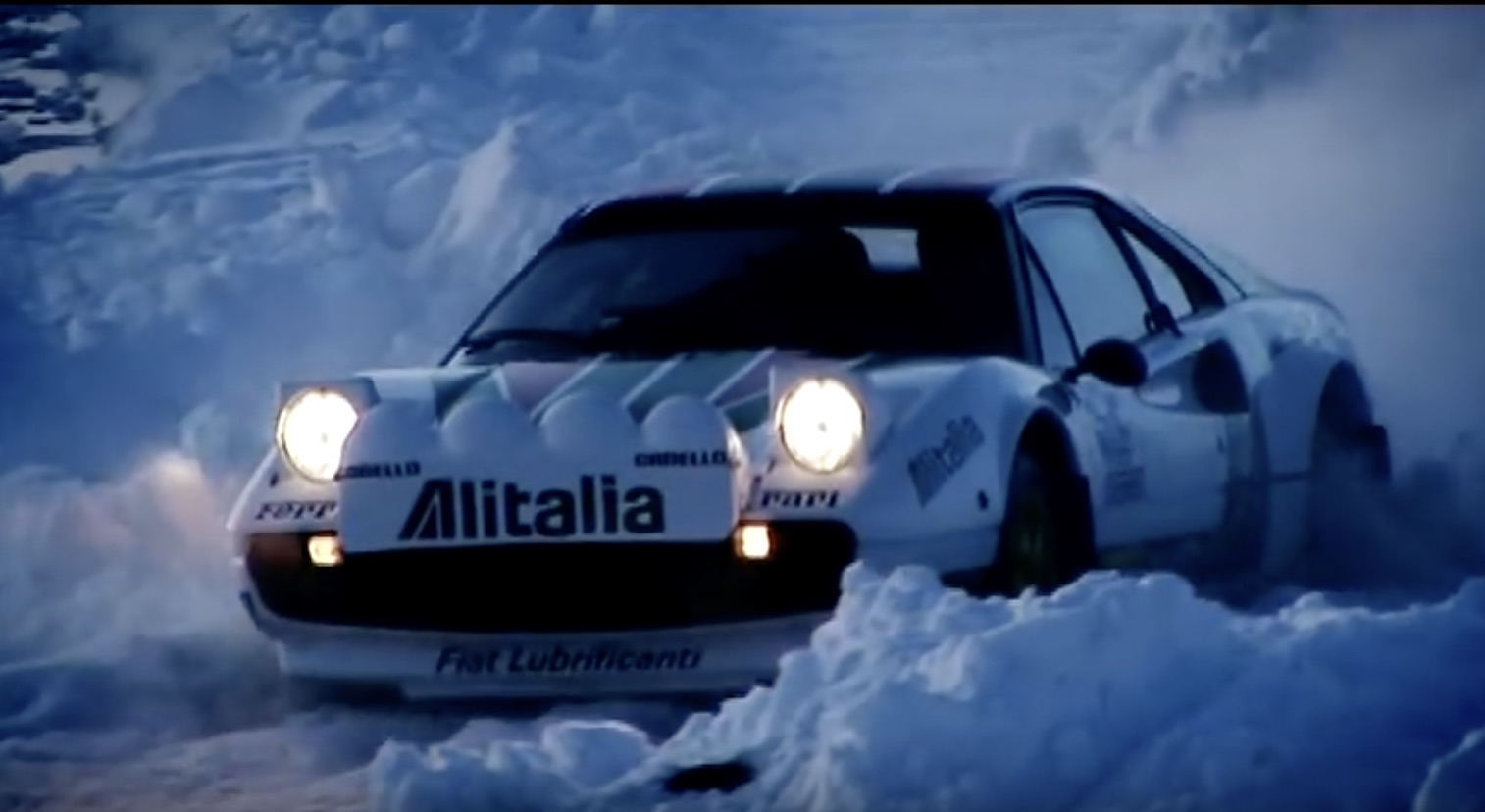 There might be other cars in this video, including BMWs and Porsches, but honestly, there is only one car here that I care about, and that would be the Alitalia-liveried Ferrari 308 GTB Group 4 machine that you see here. Truth be told, I don’t know if this car is the real deal or if it’s one hell of a recreation, and honestly, I don’t care. Ever since I learned about the potential of a rally-ready Ferrari from the early 1980s, I’ve loved the idea. To hell with the costs of engine services and the typical Italian car temperments…Enzo Ferrari built his cars to be driven by drivers who would actually use all of the abilities that he had engineered into the machines. The car was perfect in his eyes, and any screw-up was solely on the driver’s shoulders. In real life, that doesn’t fly, not with all the parameters that come into play, but even Enzo would have to leave some amount of fate on the table with a 308 running in rally. But look at the car for a moment…looks like a scaled-up Lancia Stratos a bit, doesn’t it? The classic Alitalia livery is an awesome touch, and seeing anything with a Prancing Horse badge romping through the snow alone is worth the time spent watching this video. Winter is on the way and in some areas, has already made it’s icy presence known, so why not settle in for some snow laps?