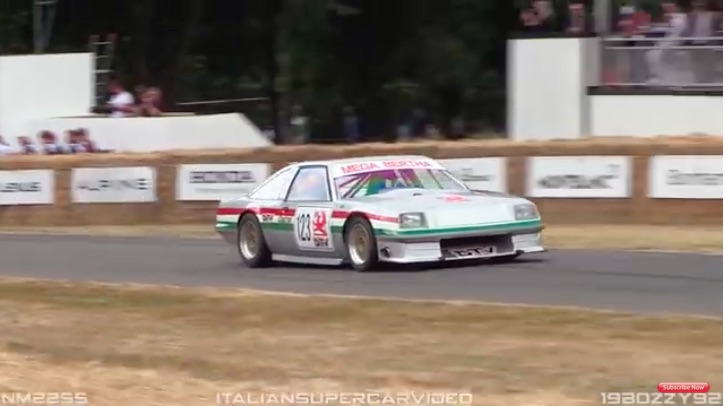 Cavalier. How many of you immediately shuddered at that name? Don’t feel bad, I do too…I have some horrifying memories involving a white 1985 station wagon that perpetually smelled like kid puke, a couple of near-death experiences involving a 1986 four-speed car that a buddy replaced a perfectly good Chrysler with, and then there was the royally horrible 2002 sedan that couldn’t escape it’s own depression with the hammer down that I had to use as a government car for a little bit of time. The Chevrolet Cavalier was and is a dark corner of GM’s history. Elsewhere around the world, however, it’s a different story…the Cavalier was sold by Vauxhall as a carbon-copy clone of the Opel Ascona/Manta…some bits were changed to create a unique look but overall, the Cavalier was the same car as one of my all-time rally favorites. Stock, however, they were simply basic cars…and Opel-built four-banger and either an automatic or a four-speed manual trans. Could be worse, I suppose.

It could be a hell of a lot better, too. The car you are looking at is known as “Mega Bertha”, and she’s pissed-off. The wicked Cavalier is the third in a triumvirate of racing Vauxhalls that were destined to take on super saloon racing…the first, “Big Bertha”, was a 1974 Vauxhall Ventora with a Repco-Holden engine that met a wall in it’s sixth race, and the second was “Baby Bertha”, a silhouette racer loosely based on a Vauxhall Firenza “droop snoot” that also used the Repco-Holden mill. Mega Bertha, on the other hand, didn’t use the Repco-Holden…instead, a Reynolds-Chevrolet 8.1L V8 sourced from a Can-Am McLaren was voted into the engine bay of the fiberglass shell.

It’s official: there is one Cavalier that we’d without question or hesitation want to drive.

3 thoughts on “Morning Symphony: Mega Bertha – A Vauxhall Cavalier That Only Knows Rage!”