Morning Symphony: The Sounds Of Audi Quattros Driven In Anger! 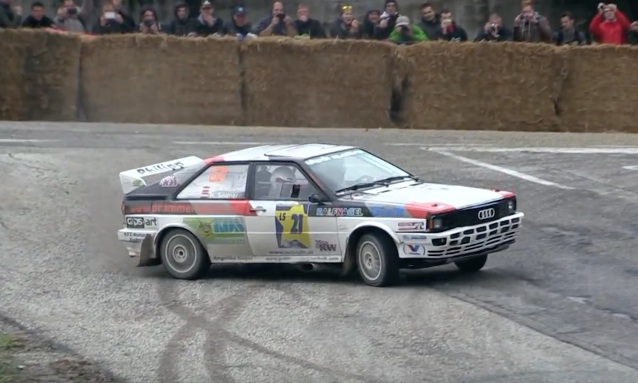 Audi’s four-wheel-drive coupes took motorsports by story when they debuted in 1980. Rally racing and road courses alike echoed to the sound of pissed-off five-cylinders and all sorts of fun noises made by the turbochargers. The car was the death knell for the two-wheel-drive rally car, with Lancia’s 037 making one last parting shot in 1983. Name it, an Audi was there: Pikes Peak, the WRC schedule for years, IMSA…everybody got to become familiar with the noise of five cylinders pushing out some serious power, somewhere near the neighborhood of 600 horses when the folks from Ingolstadt wanted to show absolutely no mercy whatsoever to the competition. The Quattro might have had it’s roots  in the car the American market knew as the Audi 4000, but it was a completely different animal when put into the right hands. No 1980s yuppie-mobile Audi spewed flames and raised hell, but the Quattro wasn’t a yuppie-mobile. It was a German temper tantrum in motion.

Question Of The Day: Are There Cars That Just Shouldn't Be Modified? Bizarre News: Con Man Sent To Jail For Passing Himself Off As The "Mercedes F1 Chief"

3 thoughts on “Morning Symphony: The Sounds Of Audi Quattros Driven In Anger!”