Morning Symphony: This 1972 Steinmetz-Opel GT Group 4 Racer Tearing Up A Hillclimb Is Awesome! 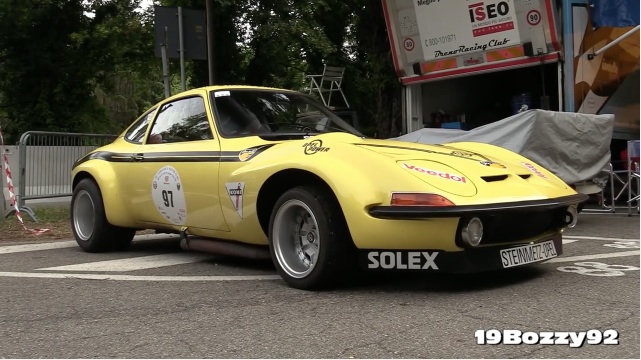 You know what an Opel GT is, but take note of the name “Steinmetz”. Klaus Steinmetz, a former BMW team manager, was known for taking the 3/4 scale Stingray and boosting the power significantly. Whereas a stock GT might have made 100 horsepower on a good day (and usually was closer to 85 horsepower), a Steinmetz-Opel GT could be rocking just about 200 horsepower…a good figure for a sports car that struggled to weigh in at an even ton. With about ten pounds per horsepower to move around, the GT suddenly became a sprightly little thing, eager to get up and moving. Shame emissions laws kept them from crossing the pond, isn’t it? Sure, it’s got the typical angry four-banger exhaust note, but watching this car nip at the heels of a Ferrari 365 GTB/4 Daytona like a pissed-off terrier is too cool for words. Hit the play button and watch this little yellow zonker scream around the hills!

Scrapple, Your Guide To The "meh"-Worthy News! This Week: The Demolished Pony, Test Mules Still Get Tickets, And More! Do Want: Perhaps The Only Thing Potentially Cooler Than An Old Dually Is An Old Crew Cab - 1975 Ford F250

One thought on “Morning Symphony: This 1972 Steinmetz-Opel GT Group 4 Racer Tearing Up A Hillclimb Is Awesome!”