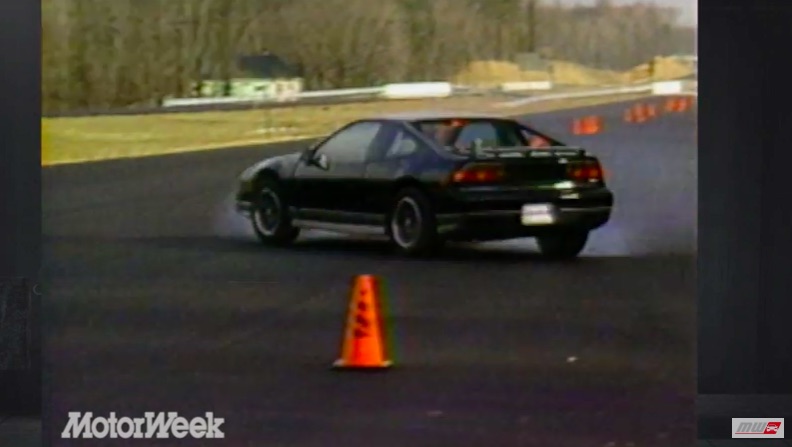 Pontiac in the 1980s was really making the best out of what they had to work with and frankly, that was OK. GM positioned Pontiac to be the “excitement” brand out of the lineup that still included all of the traditional players. This thinking would ultimately come to haunt them because it was an ethos of “glue on” stuff like you’ll see here that backfired in examples like the Aztek and even in their performance sedans a few years before the marque’s demise. This being said, in 1986 if you wanted a hot little sedan you ordered a Grand Am SE and if you wanted a sports car-ish thing you ordered a Fiero.

It seems like everyone in the world has an N-body experience or twenty to share, right? My grandmother had one for years and it was not a bad little car. Her’s was not an SE so it lacked front end and stick on aerodynamic enhancements, but it had all the same stuff as this one. The car would have been transformed with a four speed automatic behind that V6, but it just was not in the cards at that time. My friend Pete Desmaris had a stick shift four banger N-body when we were in college and I actually shot a car feature on us thrashing it for Car Craft when they sought submissions for what they were calling, “Ridiculous Fun in a Total Beater”. It never went anywhere but into the trashcan in his office I am sure.

Then there’s the Fiero shown here. For 1986 Pontiac tried to Butch up the looks of the thing with some Firebird-esque queues. It was still a car in evolution, though. The four speed stick, the little 2.8L V6. It was trying to be something that it just was not good enough to be at that point. Also, the handling was not great and the thing was kind of slow. None of that added up to magic for the Fiero.