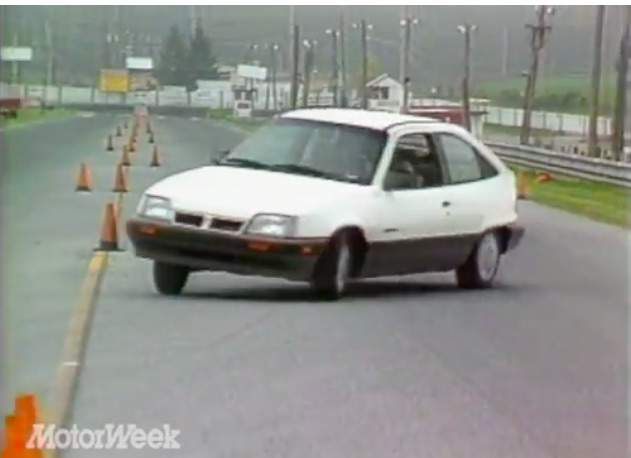 We’re pretty sure it went something like this in the meeting room. “Wilson we need a car name here at Pontiac that people remember, but one that we have not whizzed on yet.” Young Wilson, trying to impress his boss remembers back to the car his dad drove as a kid and does not remember a horribly embarrassing farce of a model that had used that name from that point until now. “Sir, how about LeMans?” He gulps. The boss slowly raises his head (remember this is 1987). “Wilson, you son of a bitch! That’s the right answer.” Proud of himself and clearly making a difference, our man Wilson is emboldened to press on.

“Sir, what’s the design for this LeMans like?” The boss fires up another cigarette and looks across the table, stunned that this guy would be asking him a question. “You want to know what this name is going on? How about the car of the future kid? How about the car that is going to get Pontiac back on the map. Yeah, we’re going to take a German Opel Kadett, kind of an old one that has not been updated for a while, move the production to Daewoo in Korea, and then stick them on a boat for the good ol’ USA. That’s what the LeMans name is going on now!” Gathering his things in a hurried way, Wilson seems hellbent on getting out of the room as quickly as possible. “Where are you going, kid?” the boss asks. Wilson takes a breath and answers, “I hear that Toyota is hiring, this place is screwed.”

In some ways our hero was right, GM was screwed and they just did not know it yet. These cars were awful. 74hp, an engine that was German designed and at first used many German parts but was transitioned over to Korean manufacturing and parts which became a disaster, the construction quality of an East German prison cell, and about as much to do with the legacy of Pontiac as the Ebola virus. Pontiac dribbled them out until 1993 with pitiful sale year after pitiful sale year to show for it.

Our favorite part of the review is the slalom where John Davis mentions that if you get air conditioning you get power steering. Sweet!

Awesome Video: Watch This Aussie Sprint Boat Called War Hammer Make A Perfect Full Bore Run! Battle! Watch A Log Skidder and A Bulldozer Have A Push-Off In The Wild!