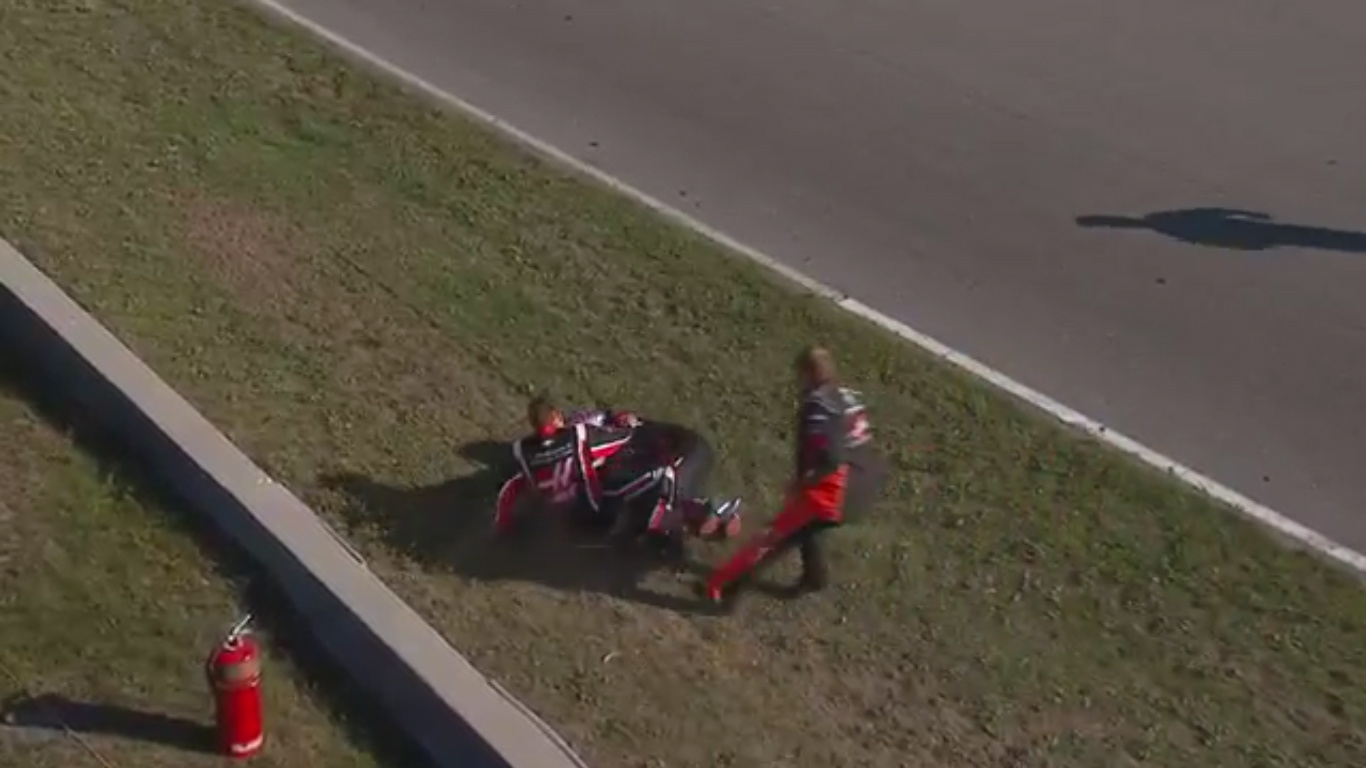 While IndyCar was busy setting an absurd pace at Watkins Glen International and a clean win for Scott Dixon last weekend, just across the New York-Canada border, the NASCAR Camping World Trucks Series decided instead to sanction the world’s worst road course pass for a win, which prompted a post-race dust-up. Headed into the final corner of last weekend’s Chevy Silverado 250 at Canadian Tire Motorsport Park, John Hunter Nemechek tried to make a crossover move to overtake race leader Cole Custer for the win. We saw a perfect, cleanly executed crossover take the win a couple years ago at CTMP from Ryan Blaney, but Nemechek bungled the move when Custer defended the middle of the corner. Rather than accept that Custer had bested him, Nemechek PIT-maneuvered Custer’s #00 truck to push him out of the way, then proceeded to drive Custer’s truck all the way to the tire wall with both trucks ending up in the mud off the surface.

Nemechek crossed the finish line, kind of, ahead of Custer, but NASCAR took several minutes to rule on whether Nemechek barreling into a car that had clearly beaten him through the corner was legal. NASCAR officials ultimately deemed the move legal in what can only be described as stupid and when officials went to give Nemechek the checkered flag as a sign of victory, Custer turned Ronnie Lott and tackled his rival with a 30-yard head of steam. The kerfuffle was quickly broken up.

One has to wonder after Michael McDowell punted race leader Alex Tagliani from the lead at Road America last weekend, after Tagliani was punted from the lead on the penultimate corner at Mid-Ohio last year, and after this dumpster-fire move: Does NASCAR actually care about sportsmanship? [Pause for laughter]

Here are the last-corner “move” and the post-race festivities: