Nonstop Rally Carnage Video: Watch This Footage From Poland With A Seatbelt On

May 17, 2021Brian LohnesApex Video, BangShift APEXComments Off on Nonstop Rally Carnage Video: Watch This Footage From Poland With A Seatbelt On 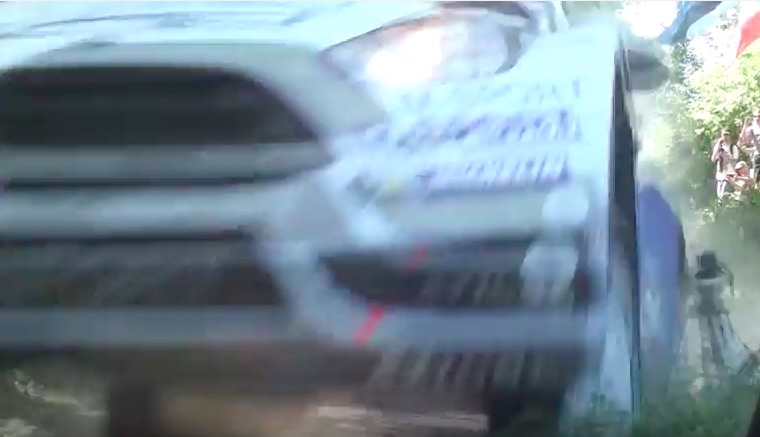 A bad day at the office for some race car drivers can look like scrubbing a wall or maybe suffering through a poor pitstop but a bad day for a rally driver and co-driver looks like your car in the woods, wrapped around an oak tree. We got an email tip on this video from Poland that completely blew our minds. Coming in at just under six minutes it captures everything from cars hip-checking trees and flipping over to a multitude of cars sliding off the same corner and literally ending up stranded in the woods. There’s gotta be half the field in there!

Perhaps the most stunning piece of footage comes from an unmanned camera very late in the video. There are several cameras placed at the base of a large jump and when Ford (Fiesta?) comes over the thing at full song it launches into the air and makes a beeline to the assembled equipment. The flight path carries it perfectly into one particular camera and the view is pretty wild as you see the thing catch air and then hang for a second before mashing the AV equipment into a million pieces. It is impossible not to flinch when you see that thing coming toward you!

This is rally racing at its most raw. The sport is a dance between having any sort of control and streaking past large fixed objects at full throttle. Obviously if the danger bothers you, take up checkers, or be like us and just live through the YouTube videos!

Priceless: This Look At The Original Rolls Royce Silver Ghost Is Beautiful And Cool This Video That Shows How To Start A 1912 Cadillac Will Make You Appreciate Modern Stuff