How Not to Endurance Race: This Driver Somehow Avoids a Crazy First-Lap Crash in a 24-Hour Race

Sep 03, 2016Eric RoodApex Video, BangShift APEXComments Off on How Not to Endurance Race: This Driver Somehow Avoids a Crazy First-Lap Crash in a 24-Hour Race 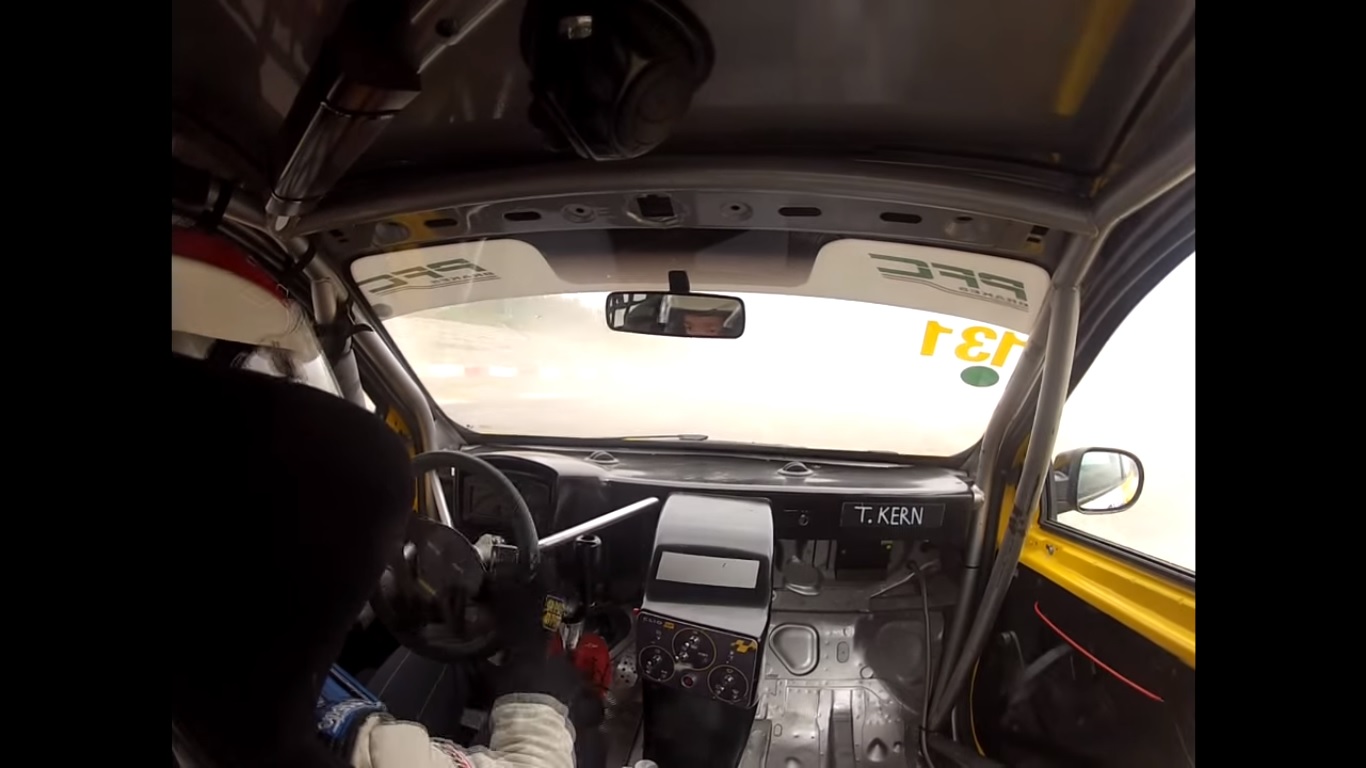 The annual 24-hour race at the Nurburgring might just be the most grueling and daunting motor race. The massive track winds through the Eiffel Mountains in Germany and when it gets dark around the circuit, it truly gets dark. However, just getting to nightfall can be a huge challenge and for this driver in a Renault Clio Cup car at the 2014 race, his race nearly ended on the very first lap like several of his competitors. The configuration used in the N24 includes some sections of the Grand Prix course to start the lap that then leads to the winding Nordschleife. The pack of Clio Cup cars—popular entry-level touring cars that run in spec series as part of the World Series by Renault—with whom Markus Kern is competing go five-wide down the front straight, but that’s not even where the problems are.

Entering the climbing, high-speed Michael Schumacher Esses on the Grand Prix circuit, two of the Clios ahead of Kern make contact and slide into the barriers on driver’s left. The collisions create a dense cloud of tire and oil smoke, dropping visibility to zero with two cars banging around somewhere out of sight. The camera catches glimpses of one tumbling Clio along with a bounding tire as Kern somehow sneaks through the carnage unfazed. He doesn’t seem quite sure what happened or how he got through it, shaking his head visibly after squeaking past the wreck.