Petrolicious Video: Mark Lundquist Is A Chevy Man With Chevelles A-Plenty – A Cool Look At A Cool Guy

May 22, 2014Brian LohnesApex Video, BangShift APEXComments Off on Petrolicious Video: Mark Lundquist Is A Chevy Man With Chevelles A-Plenty – A Cool Look At A Cool Guy 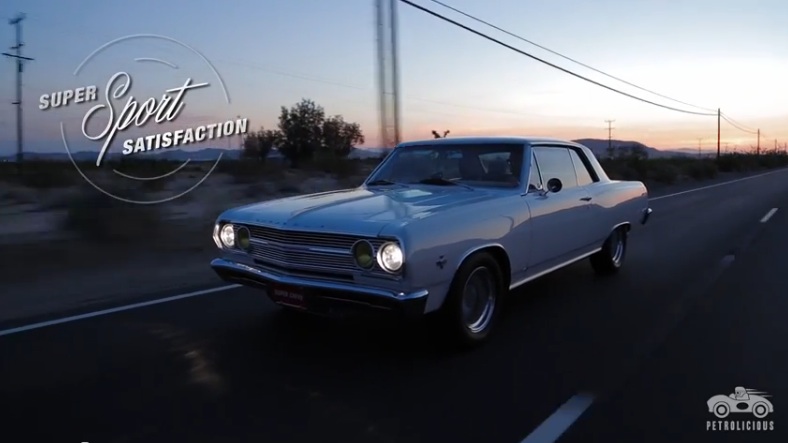 Mark Lundquist is a Chevy man. No doubt you have seen his byline in multiple magazines over the years as he has built some really, really cool Chevy projects. Mark lives in the middle of nowhere California in a place called Joshua Tree. It is 11 miles from his awesome shop to the nearest gas station. Like everything else in the known universe, there’s also a BangShift connection between BangShift and Mark. Believe it or not, years ago Mark gave Chad a louvered hood to bolt onto Rusty, his 1956 Chevy wagon. The louvers were stamped decades ago by none other than Steve Bovan, one of California’s early funny car racing heroes.

That being said, you now know that Mark not only has cool stuff, he is also a very cool guy and the people at Petrolicious have made it a habit to feature cool guys with cool cars in their ever expanding video series. In this piece, we get to see Mark’s 100% AWESOME shop and a sample of his group of cars. Specifically we get to focus on two Chevelles. Mark’s early Chevelle was one of the first cars in the country to get a ZZ502 crate engine when that mill first hit the streets and his later Chevelle is a 100% factory original piece that he loves to cruise through the desert.

Mark’s story is cool because he was essentially able to live those high school fantasies that we all had. We all wanted the cool car with the big motor, rumbly cam, and tough looks. With his whole gathering of Chevrolets, Mark has been able to build those cars and enjoy them, sharing his experience on the pages of magazines with his readership. This is a bitchin’ look at Mark, his cars and his passion for Chevrolets!

Does Seeing A Restorable Or Hot Rod Worthy Muscle Car Turned Into A Dirt Track Racer Piss You Off? This Is Not A Roll Cage! Roll Bar vs. Roll Cage: We Show You What's What.