Pro Touring Tuesdays: 90 Days To Build A 1975 Pontiac Trans Am 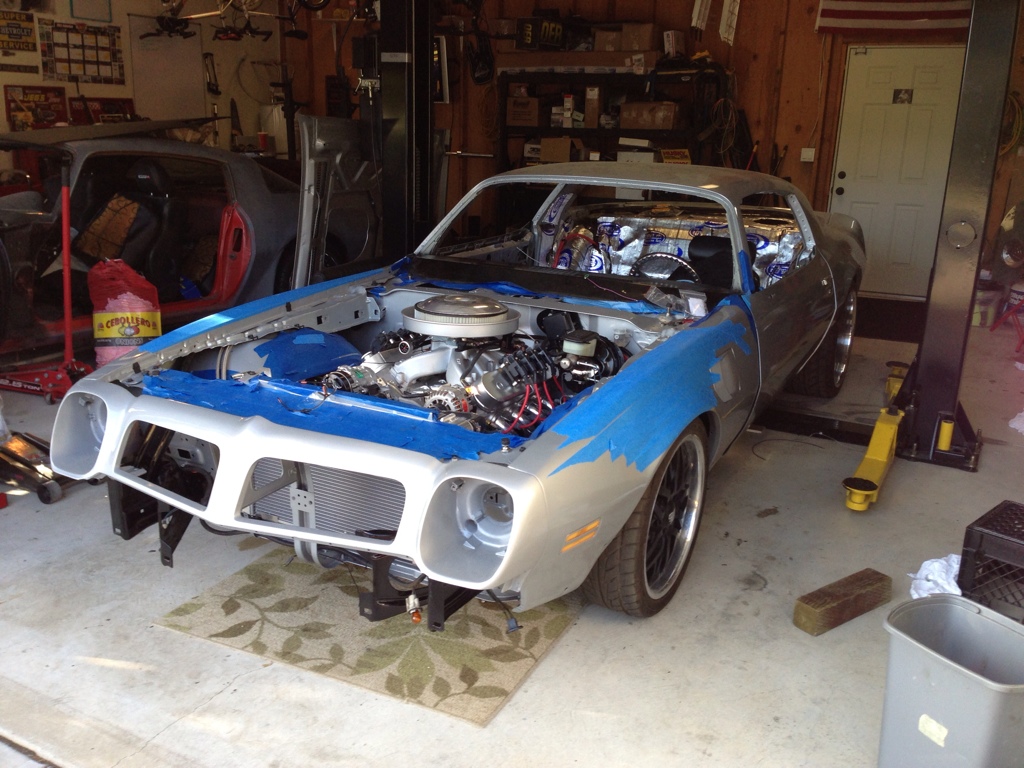 “Pro Touring Tuesdays” is all about bring you guys and gals the best of the Pro Touring builds and videos that we uncover while on our endless search for all things Bangshifty. Some are more traditional than others, but trust me, they’re all 100% BangShift Approved.

In case you’ve been living under a rock for the past few weeks, here again is your reminder that the RideTech 48 Hour Corvette build is only days away from firing up (Literally!). You can check out the introductory video HERE

Now, that’s cool and all, but let’s be honest: The “48 Hour” builds are unbelievably cool, but they also require months of planning and a talented team of designers and builders to pull off in the time frame allotted. For a mere mortal such as myself, where it can take upwards of a week to replace a few bolt-on suspension components while working out of my driveway, I find it much more interesting to read about attainable arbitrary timelines that other gearheads set for themselves.

So, let’s set an arbitrary timeline of 90 days: What have you spent the last 90 days of your life working on? (If you’re in the Northeast and wearily answered, “Non-stop shoveling”, I’m with you my brother.) Scratch that, here’s a better question: If you had 90 days to work on an automotive project, what would it be?

This week’s Pro Touring Tuesdays build thread by Kevin D is a perfect example of this theme: One slightly hammered 1975 Pontiac Trans Am, an experienced home builder, and a bet with the wife that he will get the car painted and driving within 90 days. The stakes? A vacation in the Keys for Kevin and the missus (Hey, I never said the bet couldn’t be a win-win).

Lest you think that the build would be a cake walk, here’s the starting point: 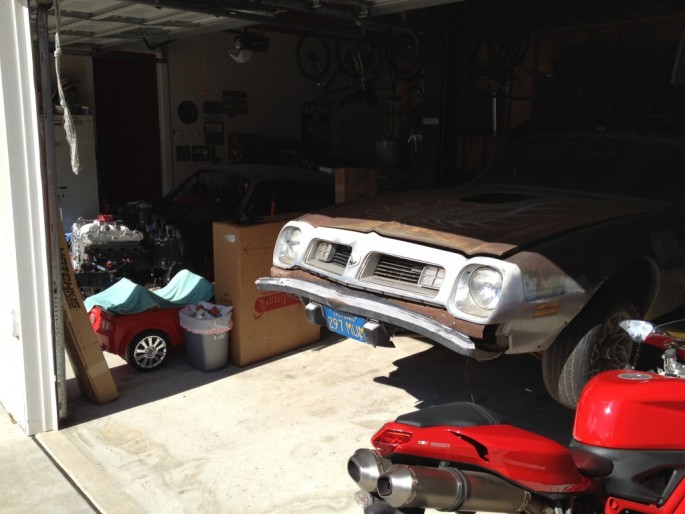 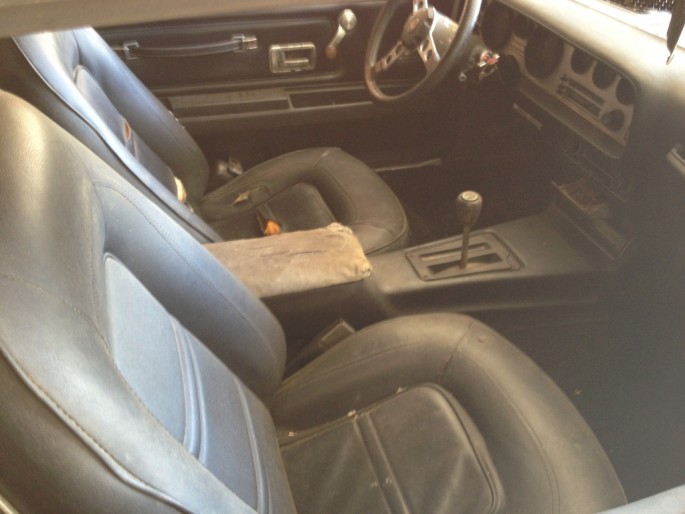 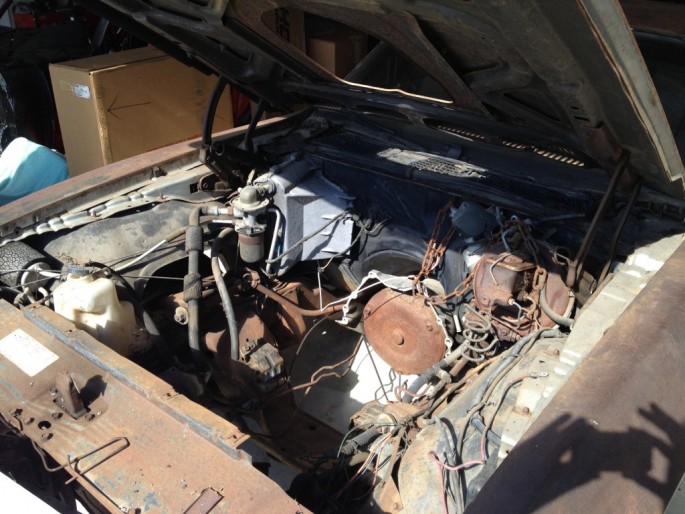 Not a complete basket case, but you know the bodywork alone is going to eat pretty quickly into those ever-increasingly-short three months. Oh, and he’s busy building a ’66 GTO at the same time.

Along with a new paint job, plan for the ‘bird was a typical smattering of Pro-touring goodies, including a full Hotchkis TVS suspension, T56, and LS engine (C’mon, you knew it was coming…) . 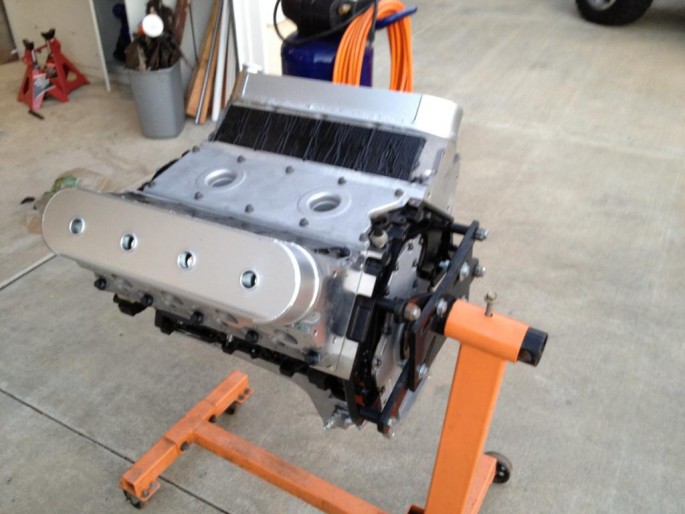 Plenty of good progress is made with the tear down and suspension install, with tons of photos taken along the way by Kevin’s wife. 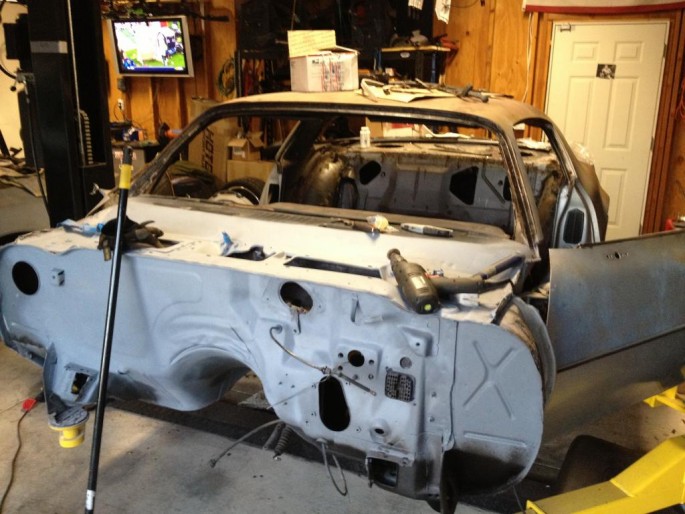 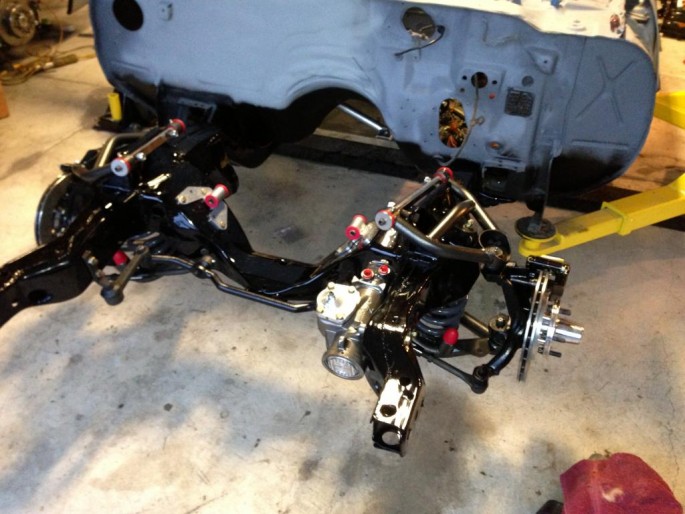 Of course, while the mechnicals may fly by, there is the harsh mistress known as the bodyshop, AKA paint jail, where the Pontiac spends over a month. 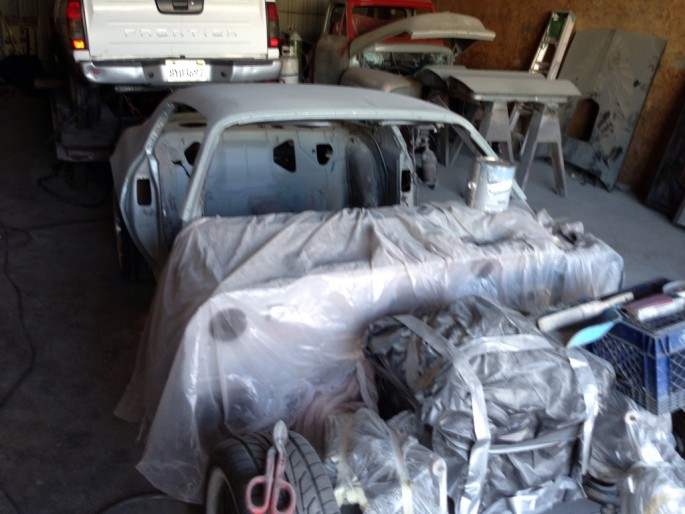 So…the $64,000 question is…will he finish it in time? Well, they don’t call me M. Night Shyama-Nutting around here solely for my crappy home movies with surprise endings (Ed. note: Never have any of us called Nutting that, and we never want to see any of these so-called “home movies”…), so you’ll have to read it yourself to find out.

CLICK HERE FOR THE 90 DAY TRANS AM RESTORE CHALLENGE THREAD