Turkey To Go: The Anadol STC-16 Running The Istanbul Rally In 2011 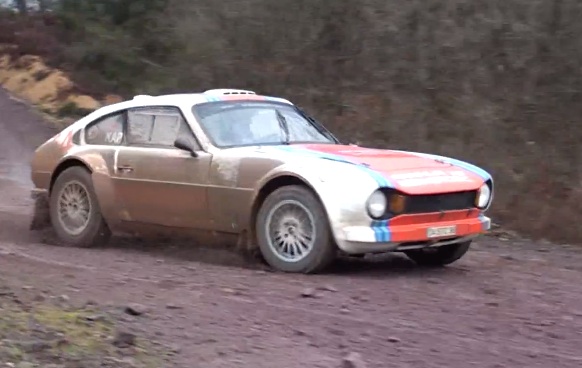 One of the strangest vehicles I have discovered in the past decade has been the Anadol STC-16. Made between 1973-76, the STC was a side-gig for Ford Otosan, the company that cranked out Turkish-made Cargo trucks by the millions, if my travels in that section of the world had anything to say about it. In digging for more information on the the Turkish-built Anadol STC-16, I kept finding statements that a few of the 176 STC-16s made were built up for a performance specification, complete with a 140 horsepower variant of the Ford-sourced 1.6L inline four, a rumored fiberglass frame, and suspension upgrades. With looks that would make one picture a Grand Theft Auto form of a Datsun 240Z and the potency of a Ford powertrain, it’s pretty sad that only a few thousand were produced before the venture went belly-up. Considering that the other vehicle we know ran the same 1.6L engine, the Ford Escort, can be and often is wicked up to the limit for rally specification, we wondered if any Anadol was packing just as serious a punch. If this particular STC-16, shown running the 2011 Istanbul Rally, is any indication, then picture a psychotic Cosworth-tuned engine stuffed into one of these little Turkish monsters. It might have been nicknamed the “Moslem Corvette”, but damn if it isn’t doing everything it can to earn that nickname!

The Lombard Steam Log Hauler History And Video Of A Restored Beast Operating! Early Turkey: This 1980 Olds Diesel Promotional Film Is Even Better In Retrospect