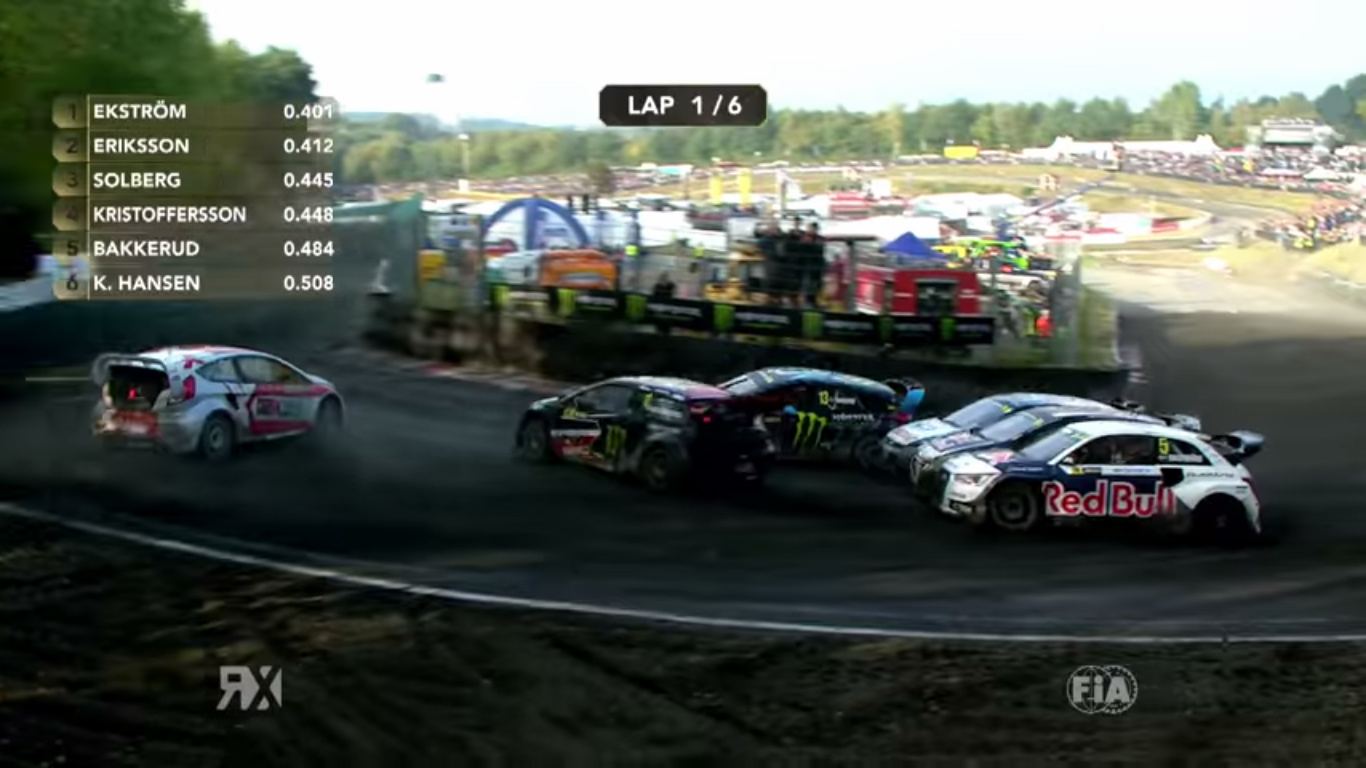 We’ve seen some crazy passes in road racing and short-track off-road racing, but Kevin Eriksson’s first-corner move at the FIA World RallyCross Championship round last weekend in Germany might be the most absurd racing move in history. In the weekend final, Eriksson started from fourth on the grid and didn’t look to have a great jump on any of the other five cars from the green light. Entering the first corner, however, he pitched his Ford Fiesta wide and then drifted around all three cars ahead of him like it was nothing.

It’s not like Eriksson was making a pass on a bunch of amateurs, either. That run went around the outside of defending series champion Petter Solberg and current championship leader Mattias Ekstrom. The 20-year-old Swede hung on to win the final heat and take home to honors for the weekend. It was Kevin Eriksson’s first World RallyCross Championship win and with moves like that, we doubt it’ll be his last. Eat your heart out, Ken Block.