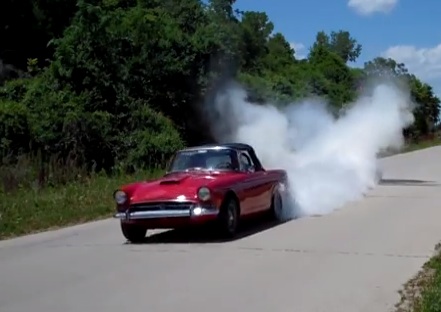 If I use the words “British body, American powertrain”, what car comes to mind? AC Cobra? Roadkill‘s Draguar? The Cobra is, of course, the most obvious answer, since Carroll Shelby is arguably most well-known for taking the AC Ace body and jamming a myriad of Ford V8’s into the engine bay, turning a nice little roadster into a legend with the capability to warp vision and speed records for decades to come. But it wasn’t his only part-Brit Frankenstein project during the 1960’s. This is the story of the other little roadster that most certainly could: the cheerfully-named Sunbeam Tiger.

The Tiger started life as the unassuming Sunbeam Alpine, a small roadster that looked somewhat like a 7/8ths scale Ford Thunderbird that was powered by four cylinder engines, the largest being a 1.7L that might have pushed 100hp on a good day. It was a great design for the U.K., but not for the United States, where the Rootes Group (then owners of the Sunbeam name) wanted to sell the car. At first they had approached Ferrari about working on the four-cylinder, but when Ferrari bowed out of negotiations, racing legend Jack Brabham suggested to Rootes competition manager Norman Garrad the idea of stuffing a Ford V8 into the body of a Series 1 Alpine. Norman relayed the information to his son, Ian, who was working as the West Coast sales manager for Rootes American Motors. As the story goes, Garrad approached Shelby with an Alpine and asked about the feasibility of a V8 swap. Shelby measured out the engine compartment using a yardstick, and using the numbers provided, Garrad sent out his service manager to hunt down a powerplant that would fit in the body. The Ford 260ci V8 proved to be a good fit. Shelby expected the prototype to take eight weeks and require $10,000. Garrad was  impatient and took an engine and transmission, an Alpine and $800 and threw all of it at Ken Miles, a racing driver and fabricator and told him to get to work. In a the Miles car was running, so the idea was feasible. 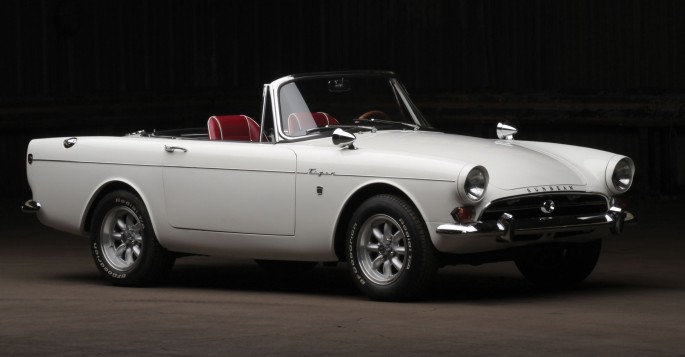 Shelby got to work on “the white car” and completed the project by the end of April 1963. Unlike the Miles car, which kept the stock steering and used a two-speed automatic, the Shelby car had a swapped-in rack-and-pinion and a four-speed. Garrad and John Panks, the director of Rootes North America, tested the car and were very impressed-so impressed, in fact, that Panks wrote Brian Rootes, son of Lord William Rootes, praising the car as superior to a racing Jaguar. Lord Rootes, who was the final word of approval on any Rootes Group project, was “considerably grumpy” (re-read: exceptionally pissed off) when he learned of the project that had occurred under his nose without his prior approval, but decided to ship the car to England so that he could drive the vehicle for himself. Legend has it that Lord Rootes, who was the ripe age of 100 years when the car appeared, took the Shelby car out and beat the ever-loving hell out of it at speeds well over 100mph, and walked away impressed, only to be more impressed when it was discovered that the emergency brake was still engaged. The car was approved as a Rootes-backed project and soon after went into production. Wary of the idea of bringing any more America to a British car, the conversions were handled by Jensen Motors, who were known for taking the body that Rootes delivered and going to work on the firewall with a sledgehammer to jam the 260 (and later, 289ci) V8 into the engine bay. 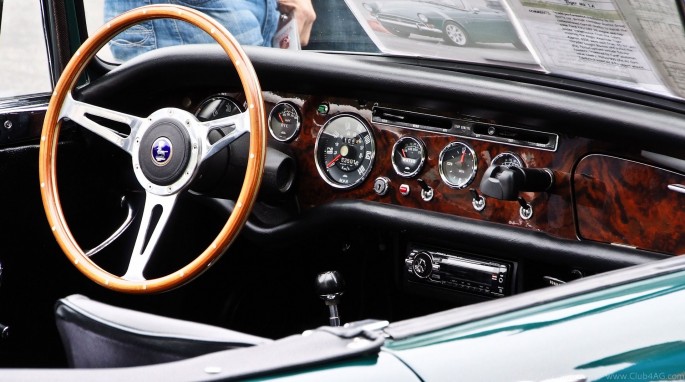 The Tiger was well received, and comparisons to the AC Cobra were inevitable. Sunbeam (and quite a few in the motoring press at the time) viewed the Tiger as a refined and more balanced car when compared to the Cobra, and to a degree it was: Shelby had spent considerable time trying to get the weight distribution to 50/50 and had performed durability testing in both the California deserts and in stop-and-go traffic around the Los Angeles Metro area. The end result was a British roadster with a V8 swap that was very drivable, wasn’t temperamental, and could handle just as well as it could go.

The project was successful, but not enough to ward off the problems that Rootes Group was facing back home. A series of strikes threatened the corporate structure and had eroded cash, and by the mid-1960’s Chrysler had become a majority owner of the troubled firm. Believing that it was inappropriate to have a Ford-powered roadster coming from a Chrysler subsidiary, and realizing that not even the 273ci Chrysler V8 would fit into the engine bay of a modified Tiger, the project was killed, with the last cars being completed in 1967, and “Sunbeam V8” badging hiding it’s Ford roots. 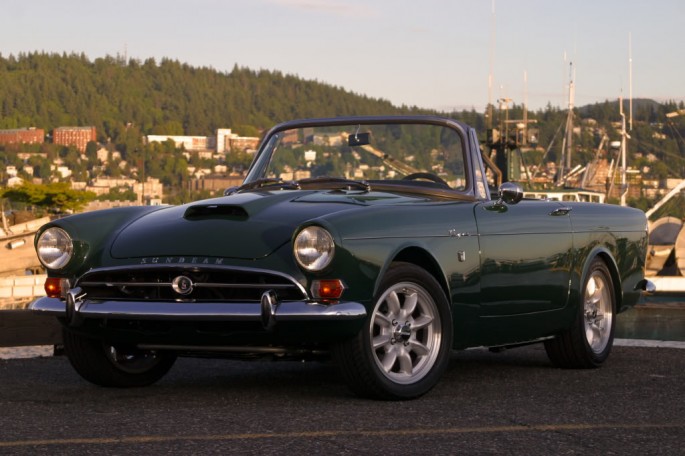