Fast and Fancy: This Review Of The 1988 Maserati 430 Surprised Us In Performance And Positivity

Jan 24, 2022Brian LohnesApex Video, BangShift APEX, BangShift News, HISTORIC, MISC, RACING & ACTION, VideosComments Off on Fast and Fancy: This Review Of The 1988 Maserati 430 Surprised Us In Performance And Positivity 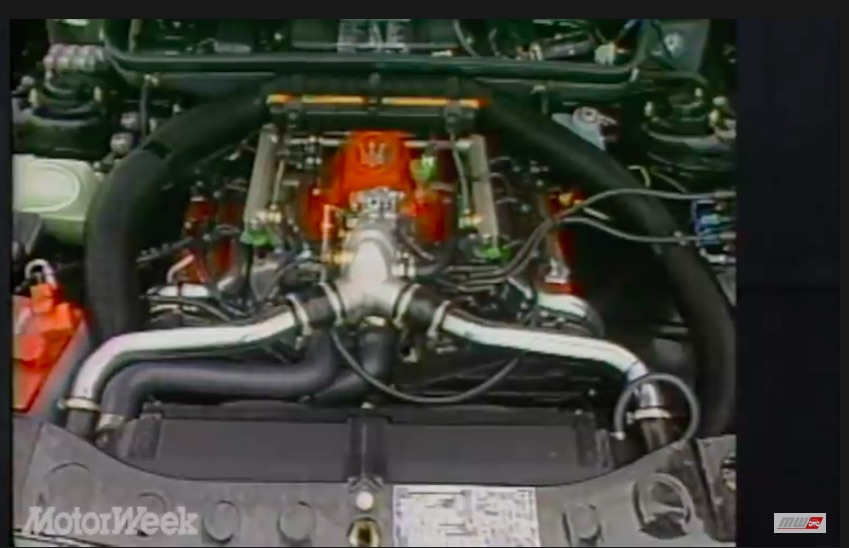 Wait a second. 14.6 in the quarter?! We were completely shocked by a couple of things involving this 1988 MotorWeek review of the then new Maserati 430. The first was the things’s acceleration. We had always heard that these cars were total dogs that did not get out of their own way and blew up if you tried to beat on them at all. The second thing that surprised us was the overall positive tone of this review. Again, we had always been told that these cars were junk from the jump and anyone who was sucker enough to buy one regretted it from day one. These guys seemingly loved it and they beat the daylights out of the thing on the road course at Pocono, as you will see.

This is an interesting look at a car you simply don’t see around anymore. The closes interaction we have ever had to one of these was a rotting old bi-turbo that was on a used car lot locally for years. The kind of oddball, boxy styling, the interior that looks like it was designed with a t-square as it’s only critical tool, the 2.5L engine that didn’t make 200hp, the list goes on.

Well, with the 430 they punched out the engine, fed it more boost, and made this car a proper for the period sports sedan. One thing we will say is that they claim that this car matched a 5.0L Camaro for 1/4 mile acceleration at 14.6 seconds. Either that Camaro was a ringer or their 1/4 mile was short because those 5.0L cars did not run 14s. The 5.7L cars did, so maybe it was just a typo in the script.

Either way, this thing had guts and some horsepower!

Great Video: Regular Car Reviews Drives A 1984 Plymouth Colt GTS Turbo And It's The Worlds Nicest One Finnegan's Garage: NO COPS=BURNOUTS FOR DAYS IN OUR 2JZ-SWAPPED '68 CHARGER!