The End Of The Line: This Review Of The 1991 Chevrolet Caprice Station Wagon Shows The End Of An Era 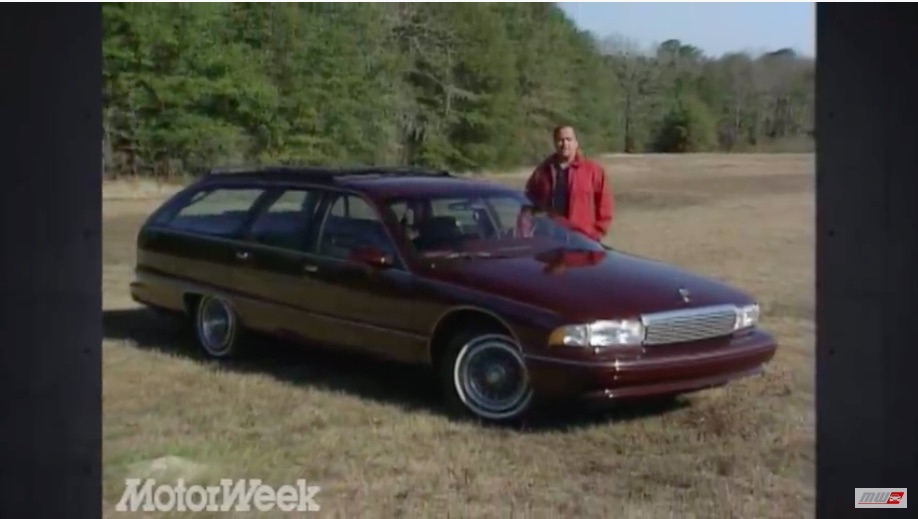 The 1991 Chevy Caprice station wagon was not some massive revelation in the automotive world but it was (and many people sensed it at the time) basically the closing chapter on something that had been a staple of life in this country for many years. It was the true final chapter for the full-sized American station wagon. The most well used of family vehicles for decades on end was actually going to make its graceful exit from the culture and that exit would come in the form of the GM B-body platform. Olds, Buick, and Chevrolet all had their own versions and in this case we’re checking out a 305 powered Caprice.

The chassis that underpinned these cars is one of the great GM success stories of all time. It was manufacturer from 1977-1996 and by the tens of millions. Sedans, coupes, and station wagons were all anchored by that fame. Cop cars, old people cruisers, and even station wagons like this were all part of the lineup and while they did not know when the run would end, even MotorWeek seems to talk in some general tones about how the marketplace and people’s buying habits are changing and not to favor wagons.

This Chevy has the L03 305 engine and we were actually kind of shocked at how well it performed on the drag strip with it. With the towing package we figured this car would have gotten an LT1 but alas, it did not. Any Caprice owner who ran into a  Buick Roadmaster pilot who had he LT1 was wise not to choose off in a battle barge race because the LT1 would have owned the day.

Great driving, well made cars that could haul a sheet of plywood lying flat in the cargo area. Thats’ a win.

Flight Of The Shadow: Jim Pace Suffers Incredible Crash At Wheel Of Shadow DN4 At Road America - Walks Away Twisted Steel and Sex Appeal: Watch This Neat Film Made At The 1964 NASCAR Riverside 500 In California

2 thoughts on “The End Of The Line: This Review Of The 1991 Chevrolet Caprice Station Wagon Shows The End Of An Era”