Sport Sedan 90s Style: This Motorweek Review Of The 1995 Mercedes-Benz C36 AMG Is A Neat Slice Of History 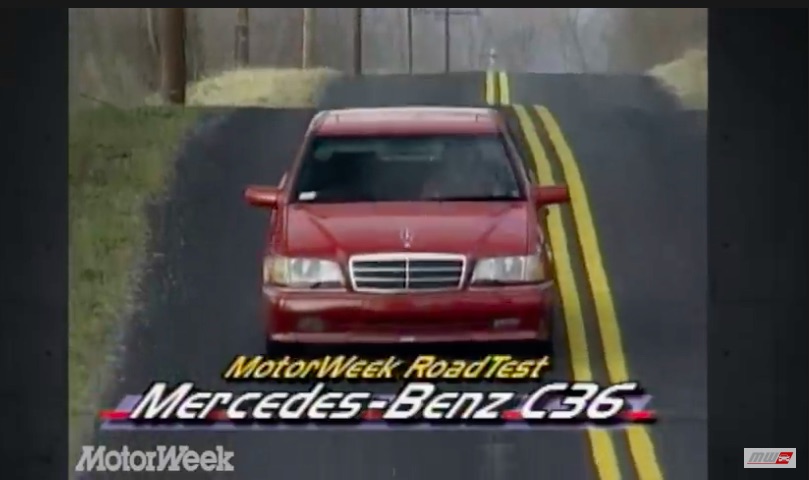 The idea of a sports sedan is something that has been present and accounted for in the modern sense of the American automotive market for about 40 years at this point. The BMW M3 broke the mold, the Taurus SHO brought it to the common man, and Mercedes was comparatively slow to enter the came, dropping the E36 AMG in the middle 1990s. Now since those days, the idea has morphed with more horsepower and more hardcore performance but as you will see in this video, when the Mercedes came into the fold, everyone took notice.

It’s kind of a quaint thing to think about but this car with its 268hp, 15.3-second quarter mile times, and beefier suspension was really a rock star back then. They were sold in really limited numbers as you’ll hear. Yes, only 1,000 were going to be built over the planned three year run of the car which was a partnership between Mercedes and AMG. Today you can buy a Toyota Camry that would bury this thing in about every respect. That said, the E36 AMG is still cooler.

There’s no turbocharger, there’s no active driver controlled suspension adjustments, hell there isn’t even a manual transmission on the option sheet! We’d still like to have one of these cars because when we were teenagers they were a hot ticket. Remember when these came out? What did you think back then? What do you think now?

Battling Themselves: This Look At The Chevrolet Equinox vs The Chevrolet Bolt EUV Is Interesting The Car That Would Be Kite: Don Garlits Spills The Beans On Swamp Rat 17 And Its Star-Crossed History