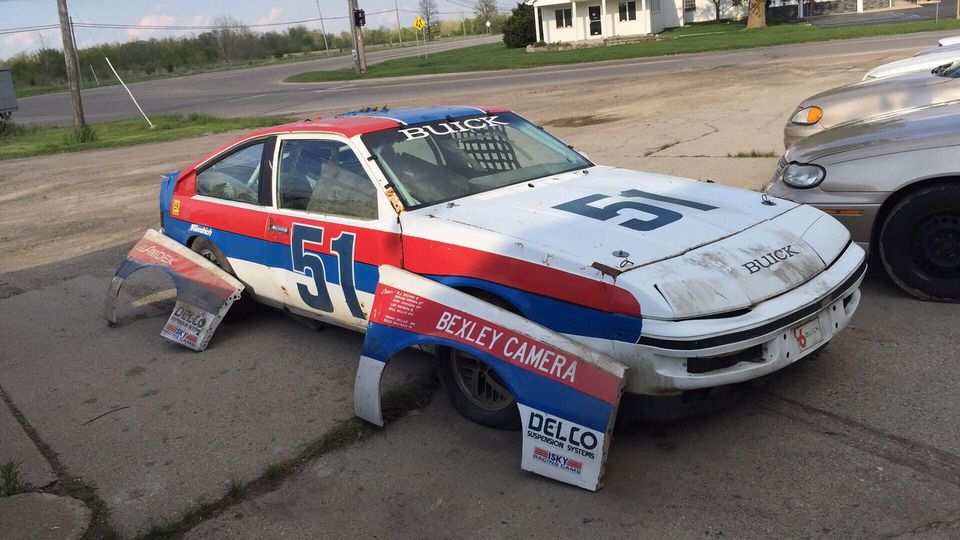 Normally, a 1986 Buick Skyhawk wouldn’t garner attention here at BangShift. It’s a J-car, a Chevy Cavalier with a nose job. Even in top trim and in top condition, it’s a very “meh” kind of car. It reflected the early 1980s perfectly. The best you could do power-wise was the 150 horsepower turbocharged T-Type, but if you wanted to row your own gears, you couldn’t even get that engine. But this little meanie has our eyes raised because this isn’t your typical gutted and prepped Hornet racer…this is an ex-IMSA racer that has surfaced for a pittance and could be something to work over into a riot. 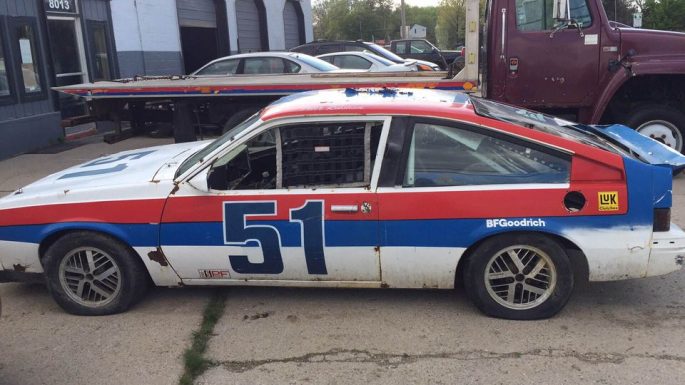 Currently, the car is a $500 roller with no engine and transmission. And frankly, that’s fine with us. Sniffing out IMSA history might be a bit more involved…a quick search turned up nothing but the previous-gen Monza-like versions, including the wicked DeKon-built cars…but that underhood shot with the braced strut towers and the adjustment plates says that there’s merit to the story. Claimed to be owned by driver Bobby Brown, the little Skyhawk needs several things, first and foremost being a bath. 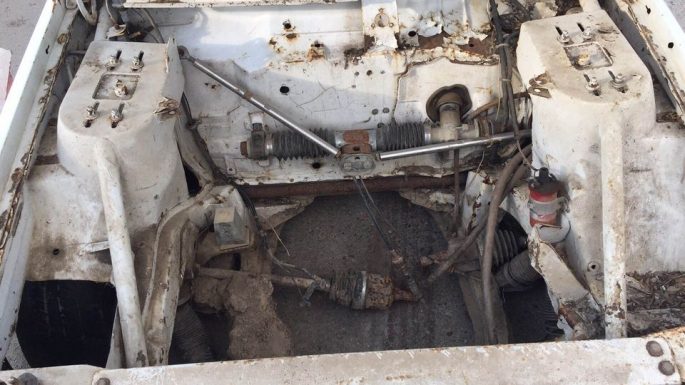 So what would we suggest be done with the car? Three letters: LNF. The 2.0L turbocharged four-cylinder that turned the Chevrolet Cobalt SS into a rocker deserves to be in a car with this kind of pedigree. Bring the suspension up to modern par, and you’ll have a ballistic little pocket rocket on your hands. It might not have the weight advantage compared to the Cobalt, thanks to the rollcage and other added-on bits, but it doesn’t look like a Cobalt, either. Buick was performance-minded in the 1980s, so we’d go for the T-Type look with IMSA-like touches…unless, of course, the car’s pedigree was verified. 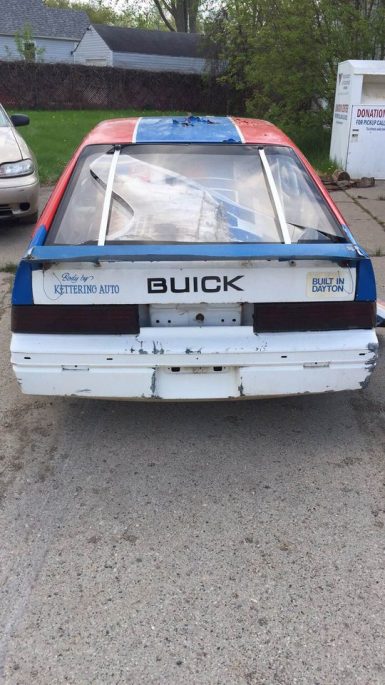