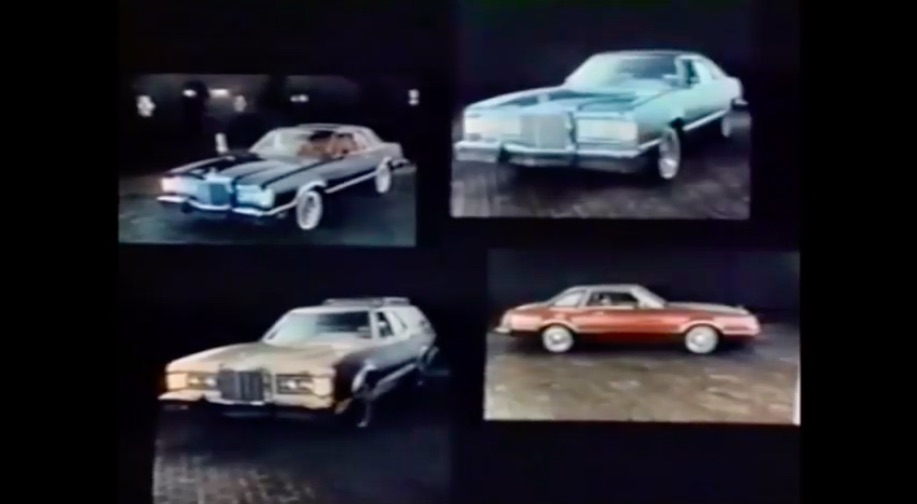 I guess I am on a 1970s kick today, but whatever. These two car ads, one from 1976 for the 1977 Mercury Cougar offerings and the other from 1978 touting the Opel brand of GM are funny for different reasons. They are both kind of ridiculous and maybe what makes them both fun is the fact that advertising messaging has changed so much over the years. Yeah in the Cougar ad, they’re selling sex which of course gets done on a grand scale these days in the Opel ad it is about economy and having a sensible little car for your family, but its the delivery that really makes us smile.

Let’s start on the Mercury ad as it’s the first one you’ll roll into down the page. Conceptually we have a Cougar parked and then a helicopter shows up. A person (presumably a man) begins to climb down a rope ladder to the ground into the middle of a Cougar logo. Then the person takes their helmet off. IT’S A WOMAN….PLOT TWIST. The announcer is telling us about all the Cougary goodness that the car has to offer and then we see the helicopter lady in an evening gown getting ready to hop into the car, except ANOTHER PLOT TWIST…There’s a freaking cougar, like the animal kind, in the car. A quick run through the lineup brings us each model and it lands on the station wagon which has like a half dozen cougars in the back, subliminally telling us just how cavernous the rear of that sucker is. Baby got back! Don’t you want to buy one now?

The second ad is from 1978 and for the Opel division of GM. Now, we all know that Opel is a German brand and their little GT and Kadett were sold in Buick dealers through the early 1970s. Now, by 1978 things were changing and people are GM were doing some really good drugs because they did the most GM thing ever. The cars you see in this ad are Isuzu made Japanese cars rebranded with a German company’s name and logo and then sold in America at Buick dealers. Why? Who the hell knows why anyone thought that this was a good decision. This was done from 1976 to 1980 when a person in management probably showed up at a meeting and said, “I had the weirdest dream last night…” and that dream was actually real life and they all agreed that they should never speak of this dumbass idea again.

The Mallet Performance Widebody Colorado Is A 700hp, Blown, Small Truck From Hell The Drag Saw Rescue Is Done: Check Out The Big Finish Of Final Assembly And Running This 120 Year Old Man Eater