The Race Car That Wasn’t But Is Now! The Story Of The McKee-Chevrolet Mahyra Is Funny And Awesome 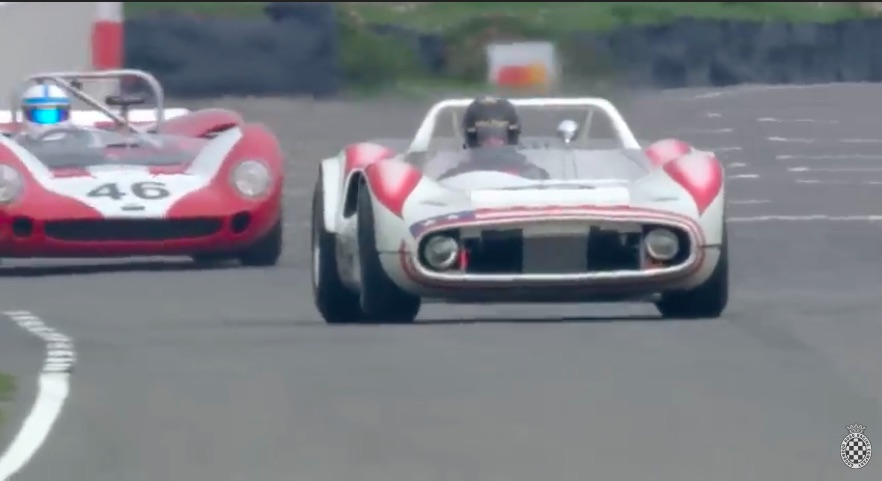 This is one of the funniest and most awesome race car stories we have heard in a while and it comes right from the mouth of the guy who was at the center of it. British guy Greg Thornton obviously has a few bucks and he loves vintage race cars. Because of this, he discovered an oddly beautiful car in America that was for sale and he fell in love with the shape, the look, the paint, and the fact that the car had won trophies back when it raced in the early 1960s. Called the McKee-Chevrolet Mahyra it was one of the cars competing in the USRRC series which was basically the thing that turned into what we know and love now as the Can-Am. This baby has a V8 tucked behind the driver, an interestingly shaped body, and ticks all the boxes of the stuff any vintage racer would ever want to have in their possession.

Except all was not as it seemed.

The car did win a massive trophy…for being a custom car that George Barris was involved with. As a race car it was complete and utter garbage. It never won anything and as Greg says, “every photo of it on the race track shows the car by itself because every other car has run away from it!”

Rather than kick and scream and get angry, Thornton had the car completely restored and in this video had it at the track for the first time. His attitude about the whole thing is awesome and his shock and awe that the car didn’t suck nearly as bad as he thought it would is great.

We really dig the fact that he loves the car for what it is, not what he figured it should be.

Watch This Ford Econoline From Hell Obliterate A Mud Pit From A Bunch Of Angles - Gnarly! Watch Al Hofmann Run The Table At The 1995 NHRA Finals And Needle John Force The Whole Tim He Does It

3 thoughts on “The Race Car That Wasn’t But Is Now! The Story Of The McKee-Chevrolet Mahyra Is Funny And Awesome”