When The Malaise Was Fresh: This 1979 Film Promotes The Caprice, Impala, Monte Carlo, and Suburban 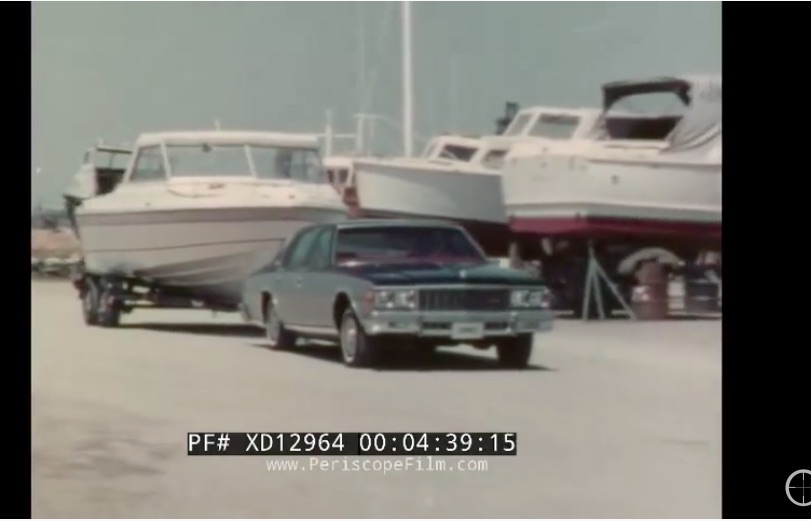 We love these promotional videos because when we see them 40 years after they were made they make us smile and also they make use kind of wax poetic about what they represent and the cars in them. In this case we’re showing you a gem of a video made by Chevrolet to promote the Caprice, the Impala, the Monte Carlo, and the Suburban. The video is a reminder of what the car buying situation was back in 1979. The engines, the cheesiness, the weird appeals that the companies were making at their customers to buy stuff that we think even they knew wasn’t all that good. This being said, as an overall group inside the automotive industry in 1979, this is a pretty fearsome foursome.

The B-body chassis that was introduced in 1979 was still pretty fresh and still had about 20 years of service set to go in its future. The most insane thing stated in this video is the fact that the 1979 Caprice had a 6,000lb towing rating. We’re guessing that was with the optional 350 (which was still a dog) and not the 305 (pinging itself to death, still) or the 3.8L V6 (barge-like). We dig the demonstrator model with its black and silver two tone paint.

I have a weird affinity for the bucks down Impala of this era. If the Caprice was the Cadillac to a cheap ass, the Impala was a working man’s Caprice. The options were limited, the styling was more staid, and it was definitely intended to hit a segment of the market that wanted a larger car but not for larger car money.

Press play below to see this sale film for the Caprice, Impala, Monte Carlo, and Suburban!

Cool Video: This Inside Look At A Formula 5000 Race Team In England Is Awesome - See The Car Built, Tested, and Raced! New RetroBright Headlights Are The Ultimate Modern LED Upgrade For Your Muscle Car That Light Up The Night But Still Look Right During The Day!