The Corvette ZR1 At Road Atlanta – The Weaponized Corvette Can Throw Down!

May 01, 2018Bryan McTaggartApex Video, BangShift APEX, VideosComments Off on The Corvette ZR1 At Road Atlanta – The Weaponized Corvette Can Throw Down! 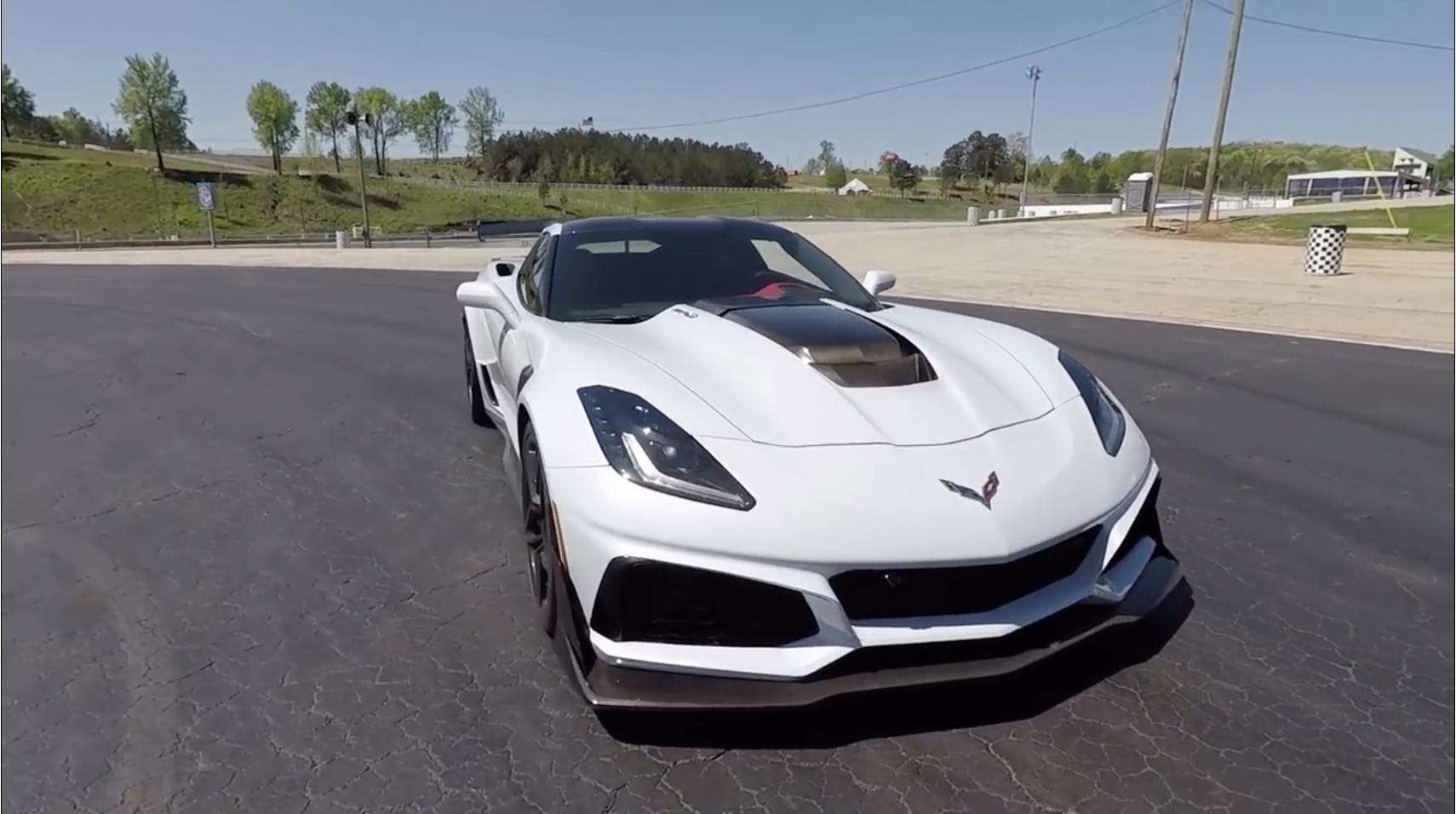 I’ve seen a few of them running around town, and I got to get up close with the parked display model and the precious few that were in owner’s hands at the Michelin NCM Bash a few days ago at the National Corvette Museum. It’s the Corvette ZR1, the C7 that sprouted a face with huge air intakes, one of the biggest holes in the hood possible to clear a 2.7L supercharger mounted onto the new LT5 mill, and the rear wing that is truly there for downforce. This is Chevrolet catching up to the mental Dodge Viper ACR and stepping one toe past the angriest Mopar supercar unleashed to date. This isn’t a standard Stingray, the car you expect a dude in khaki shorts and a white baseball cap to drive into the park. This is the car that makes people like Jensen Button, Jeremy Clarkson and Dale Earnhardt, Jr. all wonder if they’re up to the task of what the ZR1 can offer.

Let’s look at one thing, horsepower. The ZR1 is rated for 755 horsepower. The baddest Corvette in the stable, the C7.R race car? 491 horsepower. The brakes on this car are over fifteen inches in diameter…you could set your typical Cragar S/S wheel on one and have a lip left over! According to Corvette chief engineer Tadge Juechter, the ZR1 is supposed to be a high-powered grand tourer.

This thing is more highly strung than a honey badger that hasn’t eaten in a week, and is just as liable to rip your face off the moment you think you have the situation under control. This is the Corvette team showing off and scaring gold-chainers. And take it from someone who knows it well: that laughter that you’ll hear coming out of Matt Farah isn’t comedic in any sense of the word. That’s the laughter of a man who is both riding a high like never before and is scared shitless at the same time.

Video: The 1993 Ford Taurus SHO Was A Good Car - But How Good Was It? First Year For The Slushbox Do You Race A Modified? AFCO Has Your 1968-1972 Chevelle Frame Needs Covered