Oddly Fun Gallery: The Motorama Auto Museum Is One Of The Strangest In America – Check Out Our Photos!

Oct 16, 2018Brian LohnesApex Gallery, BangShift APEX, BangShift Galleries, Gallery, MuseumsComments Off on Oddly Fun Gallery: The Motorama Auto Museum Is One Of The Strangest In America – Check Out Our Photos! 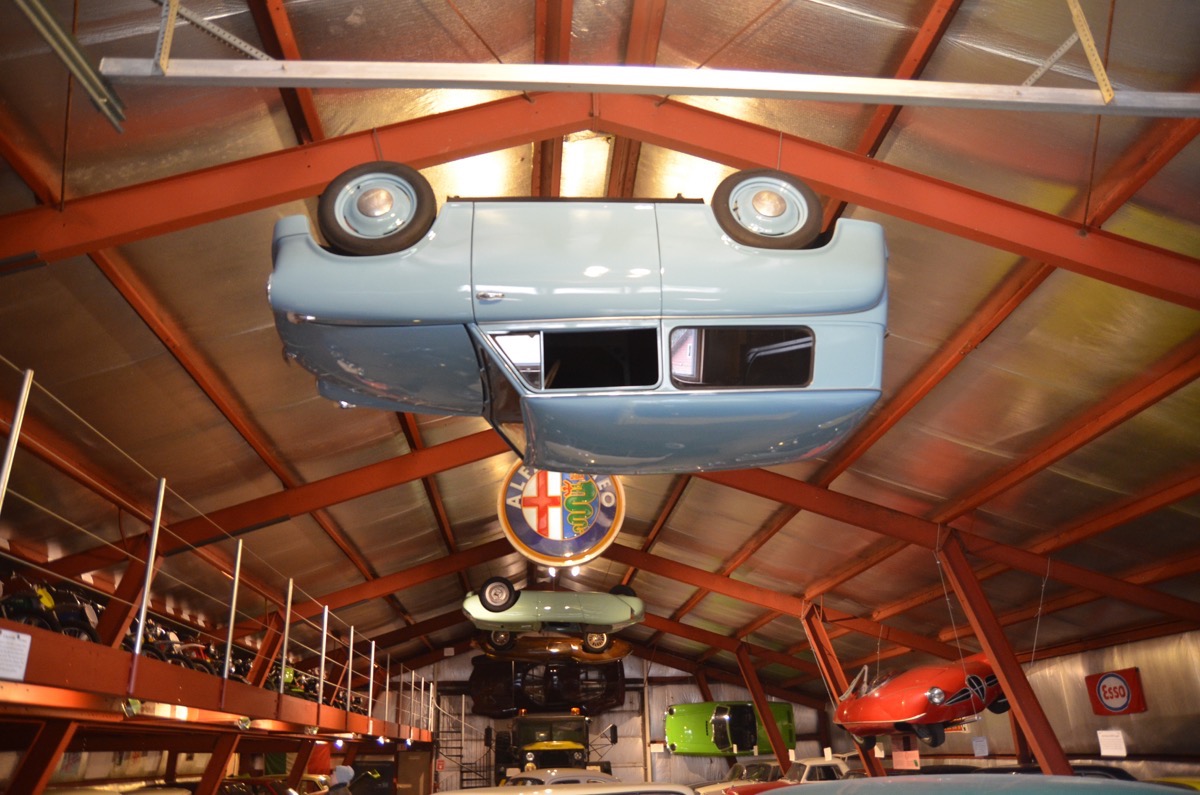 (Words and photos by Greg Rourke) – I headed up to nothern Wisconsin for a three day weekend, the land of fish frys, supper clubs and brandy old fashioned cocktails. In the hotel lobby was a rack of brochures, including one for Motorama Auto Museum, Aniwa, Wisconsin. I had to go.

Aniwa is barely a wide place in the road. Waze was clueless as to being able to direct me. A Google review had directions which included “turn off the paved road.”  A military truck with a Renault Dauphine on back pointed the way once I got close. The museum property looked more like a compound.
Tom Zatloukal is the gentleman who owns all this. He was an Alfa Romeo racer in the 70s and still has a passion for the marque, with about 50 present. He was also the brains behind the SSZ Stradale cars, which he built here from 1984 until 1999. Only 28 were completed, one unfinished example not included in the 28 but was present hanging on a wall.. A couple SSZ’s were present including Elvira, a 240 mph race only Mark 3 model.
So what’s in the museum? The most unusual and weirdest cars you’ve ever seen. An Alfa Romeo Disco Volante, one of two, hung from the rafters. A Sabra Sussita, and Israeli built car was there. A Trabant, the two cycle East German built car on display. One of one Alfa limousine. Weird little Point A to Point B but very slowly cars were all over, from the four corners of the Earth filled the place, including hanging upside down from the ceiling. Sonny Crockett would love the Ferrari Daytona. A  vintage drag race Studebaker with Cadillac power is currently under restoration to as raced condition. There is truly something for everyone.
This is just what’s in the museum. Coming soon, The Boneyard.

There's Hope For Any Car When A Ford Taurus Needs A Parachute At A Drag Strip Classic YouTube: The SR.N4 "Mountbatten" Hovercraft - Air Ride For The Channel!