Back To The Track: This Look Back At The 1990 Shelby Can-Am Shows A Program That Launched Careers 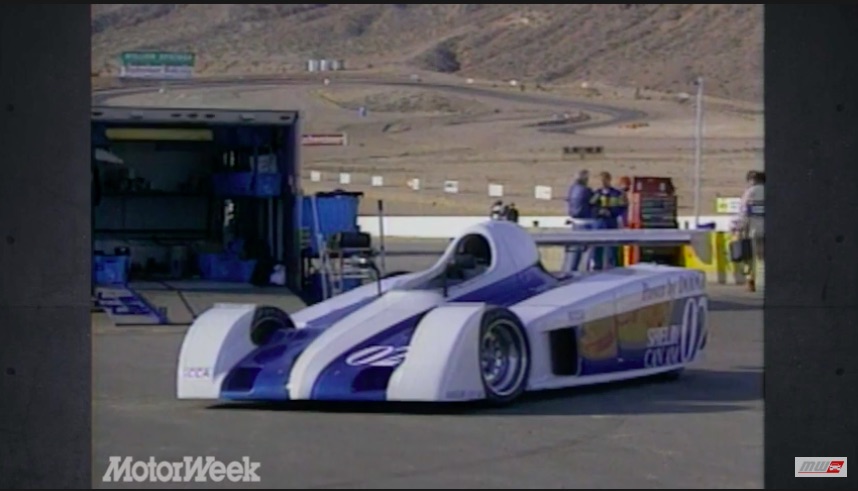 As much as we like to think we know stuff about racing around here, sometimes we are confronted by the fact that we don’t know as much as we’d like. Proof is this video below which shows off the prototype car for a new SCCA class called Shelby Can-Am. See, after the original version of Can-Am finally died off in 1987 the SCCA wanted to replace it with something. Their ideas and conversations lead them to Carrol Shelby and ultimately to start the class known as Shelby Can-Am with spec cars designed and built to Shelby’s plans. Designed by Peter Brock, the cars had a unique semi-open wheel design and used perhaps the oddest engine we can think of.

As you will see the cars looked cool, sounded cool, and really got with the program. They were fast! The idea was to create a category for aspiring pro racers to get into and then move up the ranks. Along with the club level SCCA division there was also a pro division for more seasoned racers to compete in. Initially the class and concept was very well received and did well. It took about five years for the interest to die off and for the class to be discontinued.

We’d mark it as a success though. As it did launch the professional racing careers of several successful competitors, most notably Memo Gidley who made his professional debut in these cars back in ’93.

Fun stuff and something we never knew existed!

Bake Job: Watch This 440 Block Come Of Of The Cleaning Process Looking Brand New! Jumpin' Through Hoops: Watch This Vortec Blown 427ci Windsor Small Block Get Perfected On The Dyno