Legend In Its Own Time: This Review of The 1991 Acura Legend Is A Reminder Of How The Luxury Sport Sedan Game Changed

Jan 11, 2021Brian LohnesApex Video, BangShift APEX, BangShift News, HISTORIC, MISC, VideosComments Off on Legend In Its Own Time: This Review of The 1991 Acura Legend Is A Reminder Of How The Luxury Sport Sedan Game Changed 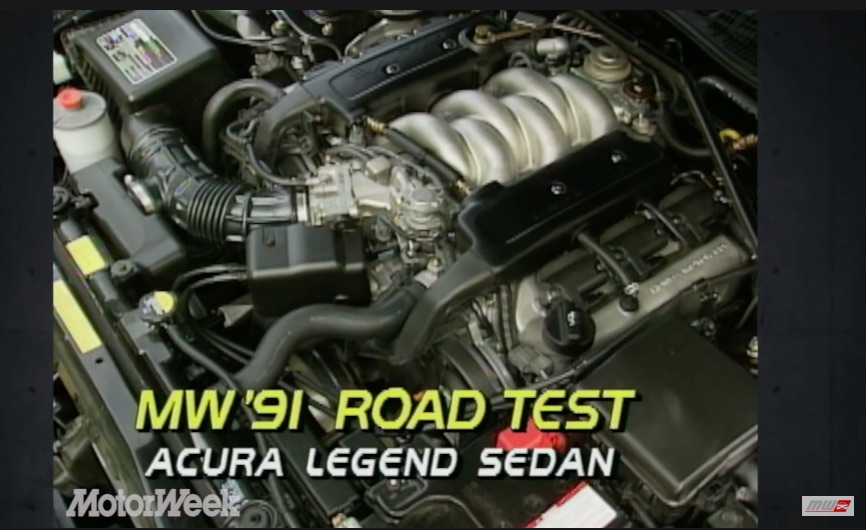 Sometimes the game changes slowly and sometimes the game changes suddenly. For German manufacturers in the early 1990s, it changed lightning fast when the major Japanese manufacturers launched their luxury brands and came right for them in the sedan marketplace. Suddenly we were seeing these interesting, larger, well appointed cars for way less money than their German counterparts delivering near equal performance and refinement. Infinity, Lexus, and Acura all came on strong and with product that landed well with the United States buying public. The Lexus LS400 was an immediate status symbol, the Infinity offerings of the time were kind of weird looking, and the Acura lineup was very, very Honda.

Conservatively styled and brilliantly executed, these cars were good. One of the most interesting parts of the Acura Legend is the fact that the engine runs north to south and yet the car is still front wheel drive! That’s a weird feature but an interesting one. All of a sudden we’re seeing these cars with the lux interiors running 15s on the drag strip and this new era of “big” car performance is born.

The Germans were in a panic by the time that this car hit the streets. It was not really the Legend that they were so fearful of. In an individual sense it was the LS400 but in the overall sense, it was the rise of these three giants and their explosive popularity. Just watch the video and you’ll understand that they had reason to be afraid. These cars were good!

Unhinged: If Chrysler Isn't Dead By The End Of The Week, I'll Be Stunned. Morning Symphony: Snowdrifting At Livigno, Italy