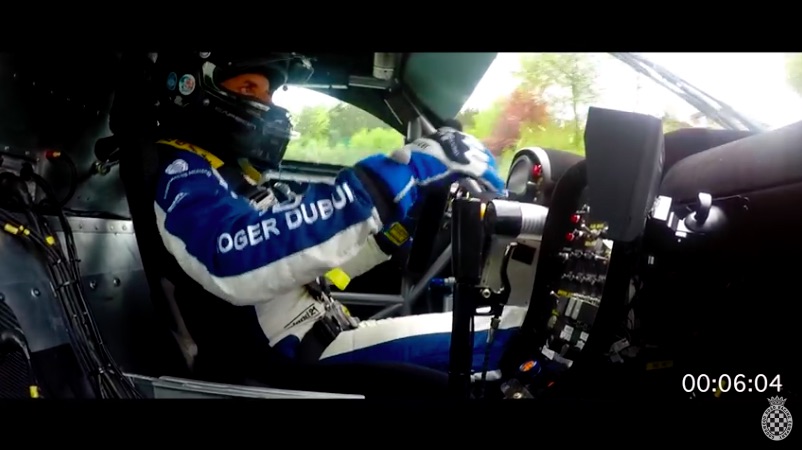 The Saleen S7 was one of the best supercars in the world for the period that it was built. Using advanced design techniques and engineering while deriving power from a tried and true 427ci Ford pushrod V8 engine, it was literally the best modern blend of new and old that the automotive world may ever see. There was even a twin turbo version that came out before its ultimate demise more than 10 years ago. But what about racing? Remember, Steve Saleen is above all else, a racer and that’s why the company created the S7 R which was a formidable car if not one that racked up a huge resume of race wins.

Built in small volume over the period of several years, the S7 R was plagued by the typical stuff that any new road racing car is plagued with, especially one built by a small manufacturer. You are in shark infested waters to begin with, attempting to compete with the biggest names and budgets in racing, and you have new cars.  While the first couple seasons were not drenched in glory for the S7 R, by the time it was all said and done they were winning at places like Sebring, and in 2010 they scored a class victory at LeMans, the highest honor for any sports car racing outfit in the world.

This video shows an S7 R absolutely bombing around Spa as part of the recent Spa Classic historic race. The machine’s lap time puts it on par with the Koegnigsegg One:1 and the McLaren Senna, which is some amazing company to consider as this machine is more than 10 years old.

Listen to the engine and watch the driver work the wheel. This is awesome stuff!