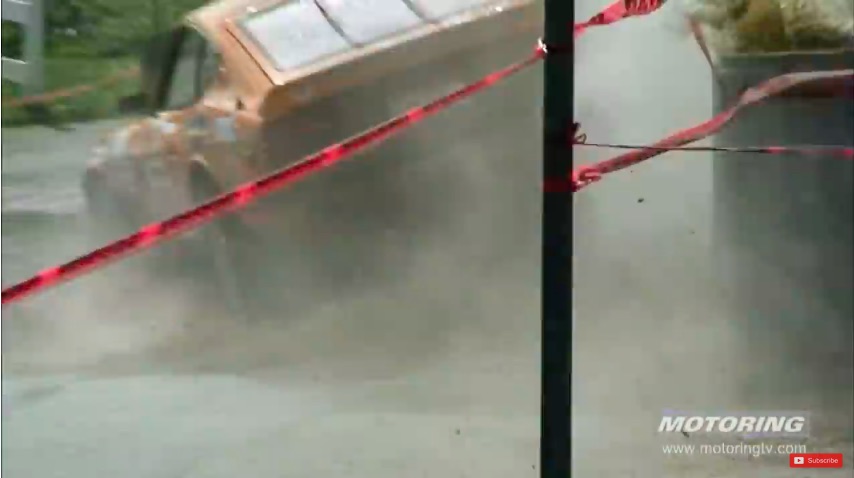 If you have never watched the television wonder known as The Trailer Park Boys, we feel bad for you. This show is hilarious, raunchy, wrong, and sidesplittingly funny. It is a Canadian export and the two main fellows behind the madness are John Paul Tremblay and Robb Wells who write the show and play the characters Ricky and Julian. Little did we know that back in 2010 these guys ran the vaunted Targa Newfoundland and did so with no experience, a pretty nice Porsche, and none of the stuff even mildly serious rally people use. It is basically the way we would all do it. Just show up and figure it out as you go.

You are going to follow the guys on their whole journey from signing up to taking some driving school laps at a road course to learning what the various markings in the navigator’s book mean. We love the fact that the guys are most concerned with the fact that there is a breathalyzer each morning and that they want to party and have fun. Serious racers they aren’t but we can appreciate the fact that they are not pretending to be, either. There’s nothing worse thanks someone who has no talent and thinks that they are Emerson Fittipaldi. These guys just want to hammer the gas on a Porsche and get the job done. We can sympathize.

If you have never seen an episode of the Trailer Park Boys and you like your humor on the wacky, slightly raunchy, and wholly inappropriate side, you’ve gotta watch it! We like the guys even more now, knowing that they jumped into this deal because they wanted to.

Morning Symphony: The Hillclimbing DeTomaso Mangusta Filling The Hills With The Sound Of Ford Power Video: These 1970s Evel Knievel Drag Racing Toy Commercials Are Great - Did You Have Them?